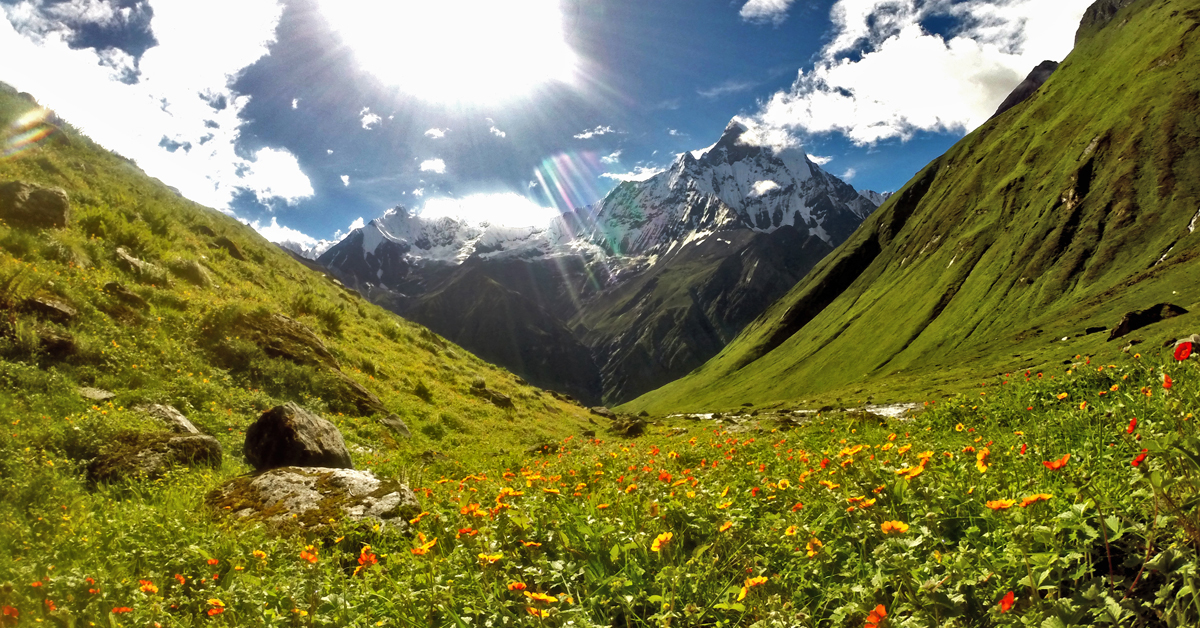 When is the best time to go trekking in Nepal? This is a question often asked by people planning to go on a Nepal tour. Well, there’s no time like now, is what we’ll tell you. Most definitely, October and November are the best months to go trekking in Nepal. The rains have stopped, the sky is getting clearer, the climate is temperate with a bracing chill in the air in-short, the weather is beautiful and the views promise to be splendid.

Those with time at their disposal may even be going all out to try out the Great Himalayan Trail, which goes through the length of the country, and alongside most of the highest peaks of the world. Aside from trekking, if you are in Kathmandu during these months, you will witness two of Nepal’s greatest festivals, Dashain and Tihar. You’ll also have a great time moving around Thamel, the tourist hub in the capital, which will be throbbing with life, and you’ll be meeting people from all over the world. 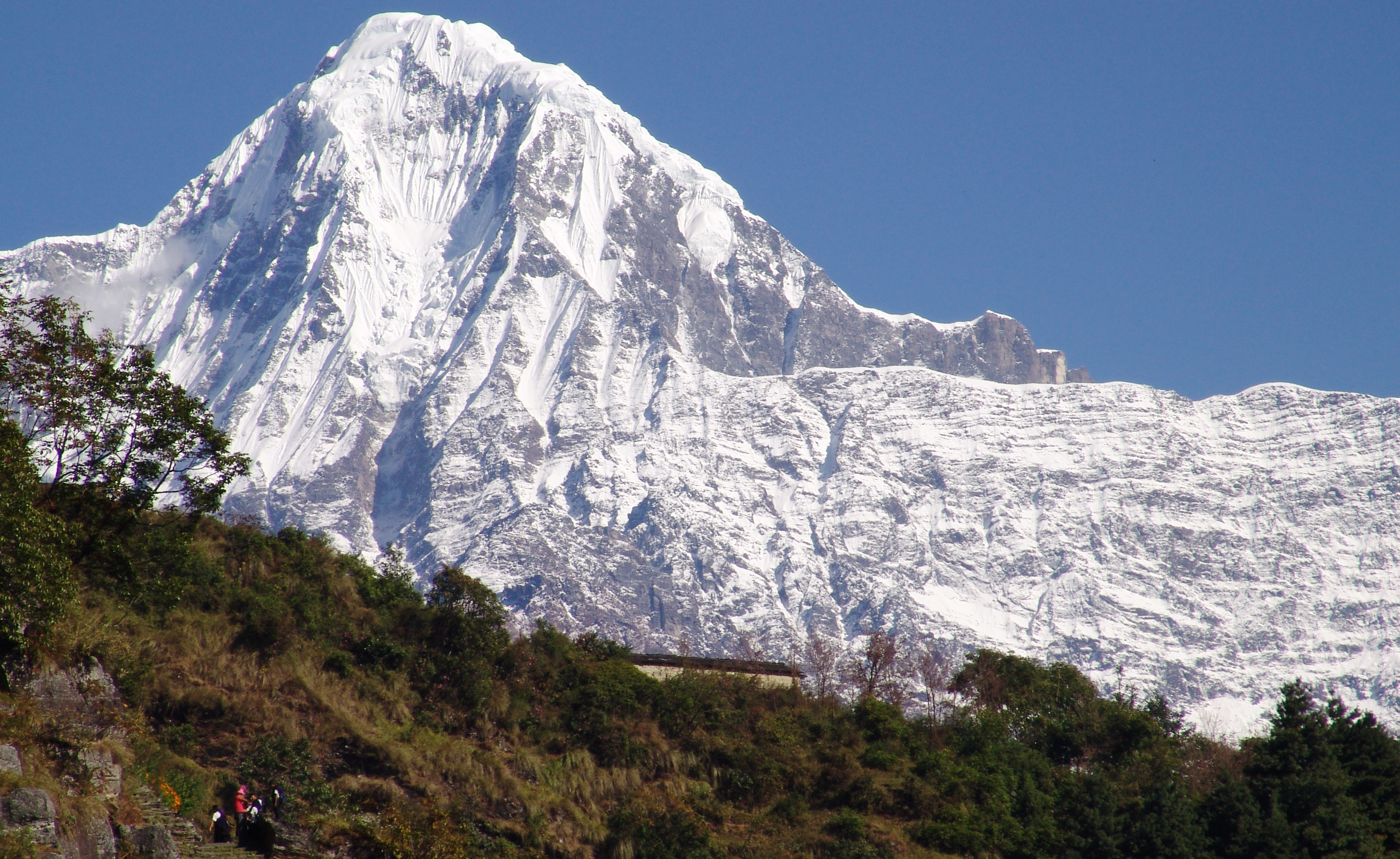 Indeed, October and November can, perhaps, be said to be the best time not only for trekking, but to visit Nepal in general. By the way, these two months are also excellent months to try out Nepal’s adventure activities such as hot air ballooning, white water rafting, paragliding, mountain biking, canyoning, and taking mountain flights and ultra flights, or maybe, going on a safari. As said before, the weather is invigorating, so it’s the ideal time to go exploring the various attractions of Kathmandu city, as well as Kathmandu Valley as a whole. Short hikes to ancient villages and heritage sites are pretty enjoyable, as is cycling around the nooks and corners of the city and to nearby sites of interest, of which there are plenty, the valley being often touted as a ‘living museum’. Now, some information about the popular Nepal treks is called for here.

Located in mid-western Nepal, Annapurna I, at 8.090 m, is the 10th highest mountain in the world, and is central to Nepal’s most popular trek, the Annapurna Circuit trek. Although recent developments have resulted in some drastic changes on the route, primarily due to roads being built, trekking agencies have developed newer trails so as to ensure the natural feel of the wilds for trekkers, and they have tried to maintain the original distance of 215 km of the Annapurna Circuit trek. The adventure begins with a drive down to Besi Sahar from Kathmandu (7 h), from where you start your trek. The trail goes along the Marsyangdi River, through Tamang and Gurung villages, lots of paddy fields and bamboo groves, over suspension bridges, lovely waterfalls, and so on. You’ll be bedding down for the night at various villages or suitable camping sites on the way. 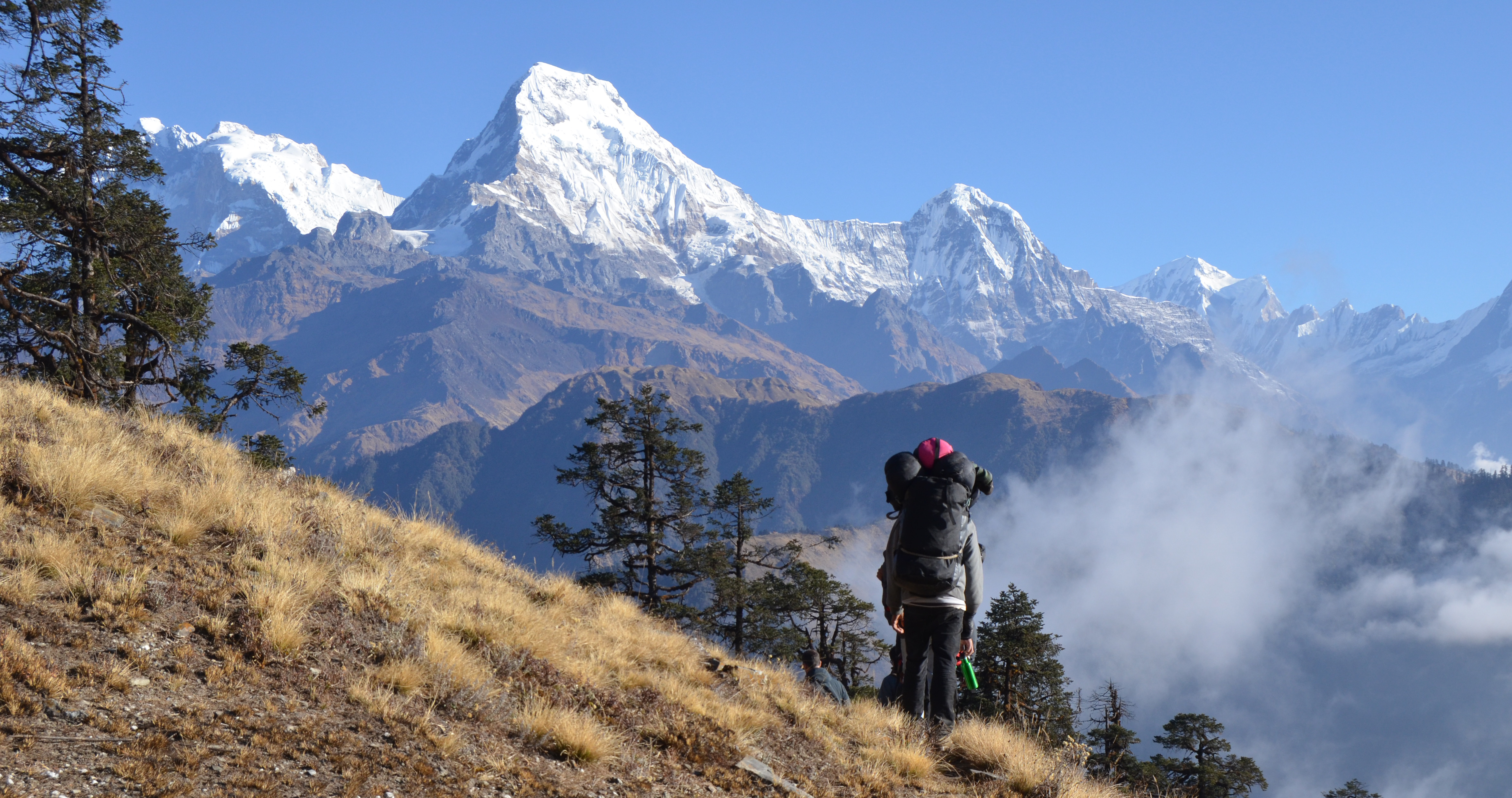 On the seventh day of the trek, you’ll come to Chame (2,670 m), from where the view of the Annapurna range is spectacular. On the eighth day, you enter Upper Mustang, passing through a narrow gorge, and first reach Pisang (3,200 m), and then Manang (3,540 m). You’ll find yourself surrounded by Tibetan culture everywhere in Mustang. The trek is a strenuous one, the trail climbing steadily uphill, with the high point being Throng La pass (5, 416 m). After that, it’s mostly downhill, first to Muktinath (3,800 m), a highly revered site for both Hindus and Buddhists, then to Jomsom (2,710 m), where the apple pies are famous, and thereon to Tatopani (1,189 m), and a couple of other villages. By the way, you’ll be hiking through the world’s deepest ravine, the Kali Gandaki gorge. Then, it’s somewhat of a climb once again, this time to Ghorepani (2,750 m), where the nearby Poon Hill provides spectacular sunrise and sunset views, and after this, it’s an easy walk down to Pokhara (915 m).

First, you fly to Lukla (2,800 m) from Kathmandu (1,300 m), where flying between two huge mountains and then landing on the tiny airfield is an adventure in itself. The trek starts from here, going through some fantastic landscape and sights: fir and rhododendron forests, suspension bridges, yak caravans, Sherpa villages, et al. It’s high altitude trekking all the way, and so acclimatization is crucial. On day two, you’ll reach Namche Bazaar (3,450 m) after spending a night at Phakding (2,600 m). Namche is a really busy town, the most important on the route, and you take a rest day here, when you can explore the picturesque Thame Valley before carrying on to Tengboche (3,860 m). Here, you get to visit the famous Tengboche monastery. You’ll come across series of chortens and rock formations, some with metal name plates, on the trail to Tengboche—they are commemorations to those who perished on Everest. Similar commemorations can be seen in other parts of trail, too.

The next day takes you to Dingboche (4,400 m), where you again get a rest day to acclimatize, and you can use the day to make a short excursion to Chhukung Valley. Next day, it’s off to Lobuche (4,900 m), then to Gorakshep (5,150 m), where a short detour takes you to Kala Patthar. Then, on the ninth day, you reach your goal, Everest Base Camp (5,337 m), which is situated on the Khumbu Galcier. On the return trip, you get to spend a night at Pangboche, which has an ancient gompa, and then you continue downward to Namche Bazaar, Phat Timekding, and finally, Lukla. On the fourteenth day of the Everest Base Camp trek, you are back in Kathmandu, having done one of the ‘ten must-to-be-done things in a lifetime’. And, of course, you’ll have come face-to-face with the highest mountain on Earth, Mount Everest (8,848 m), as well as many other equally majestic Himalayan peaks.