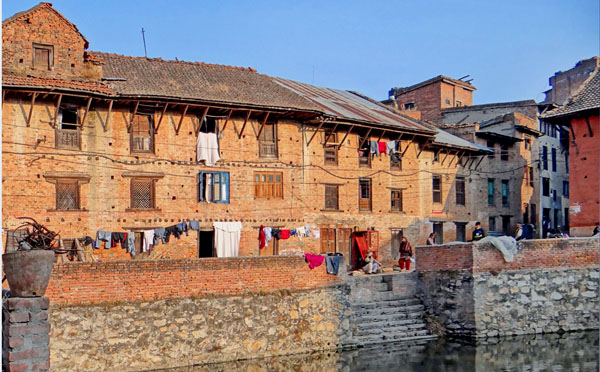 When on your Nepal tour, you’ll probably be going on a long trek or two into the mountains. However, it would also be a good idea to do a short day tour or two around the Kathmandu valley as well. Indeed, the valley is not wanting in some very interesting places that make sightseeing in Nepal a real pleasure. One such day tour is the one to the ancient villages of Bungamati and Khokana, both of which are close to Kathmandu.

Bungamati is where one of the most popular gods of the valley, Rato Matsyendranath, resides most year-round in a small temple located there. It is as traditional a Newari village as you are likely to find anywhere in the valley, with its rows of brick houses and narrow streets paved with flagstones. The Rato Matsyendranath Festival is an important date in the festival calendar of Kathmandu Valley that is celebrated with mush gusto and fanfare in end-April every year and you’ll be fortunate to witness it if your Nepal tour happens to be around that time.

Known as the festival of the ‘God of Rain’, the festival has an intriguing myth behind it. Once upon a time, a renowned ascetic, Yogi Gorakhnath, the patron saint of the Shah dynasty, left his abode in Gorkha and came down to Patan seeking alms. As it so happened, he found the residents of Patan to be wanting in this matter and alms were hard to come by. The yogi was furious at what he felt was a grave slight, and being a person with a pretty revengeful streak, he decided to teach the residents a lesson they would never forget. 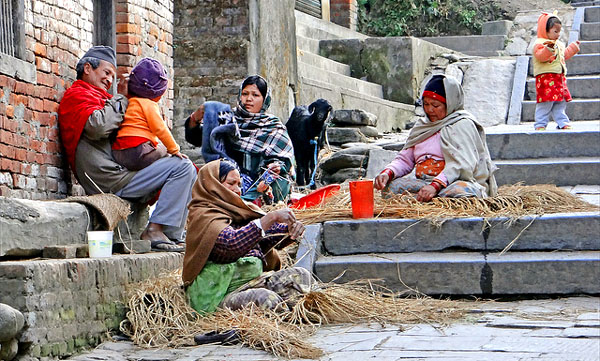 He gathered all the rain-bringing serpents (nagas) there were in the valley and then sat down upon them. So settled, he went into a long period of deep meditation. As a result of the serpents being subdued, there was no rain for a long period in the valley leading to drought and the resultant distress among its predominantly agricultural populace. The king called on his wise men for advice and they suggested that he call upon one of the valley’s leading patron deities, Matsyendranath, who was also Gorakhnath’s teacher, and ask for his help. The deity accepted the invitation and arrived in Patan, whereupon, on seeing him, Yogi Gorakhnath stood up to go and meet him. The nagas were thus freed and promptly went about their business, bringing rain pouring down on the valley. A tall tale, no doubt, but that’s just one among many you’ll come across as you go around the valley on a day tour when sightseeing in Nepal. Anyway, so relieved were the people of Patan that they established a month-long festival to commemorate it, and it continues to this day.

Bungamati is also famous for its large number of skilled woodcarvers and many of the large carved windows and doors you’ll see adorning plenty of abodes in the valley were probably carved in this quaint village. Such is their reputation that these woodcarvers find it hard to keep up the tempo to meet the demand, their works being detailed in nature, and so, really time consuming. After all, it is art we’re talking about here. While on a day tour to Bungamati during your Nepal travel, you’ll get plenty of opportunities to see these skilled artisans at work. Your day tour will also take you to another ancient Newari village called Khokana nearby. Now, this is a place that has a formidable reputation as a producer of the best mustard oil found anywhere. Using traditional means of oil-pressing, the locals produce mustard oil that is regarded as the purest and healthiest among all cooking oils by the valley dwellers. 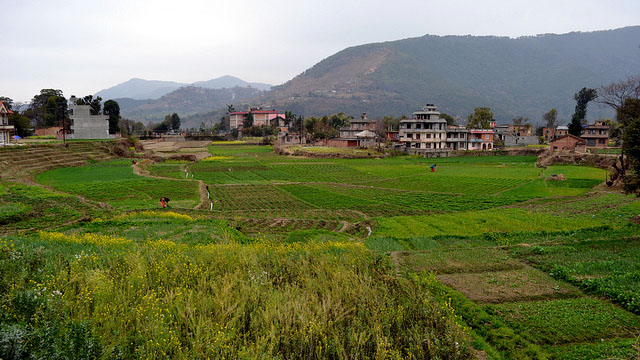 In fact, while sightseeing in Nepal, especially in Kathmandu’s major market places, look out for men with weather beaten faces carrying a long pole across their shoulders with large tin drums hanging on either side. Chances are they are from Khokana who are out peddling their famous oil. You’ll also be able to buy it packed in plastic bottles in many shops in the valley. So, you see, a day tour around Bungamati and Khokana is definitely called for during your Nepal travel. There aren’t many places where you’ll still be able to see such traditional ways of life where people still go around producing such traditional stuff involving so much time and effort, not to talk about the required proficiency and skills.

However, that’s not the only reason for taking a day tour to Bungamati and Khokana when sightseeing in Nepal. You’ll be treated to a pleasurable day also because of the verdant countryside around the two ancient villages which makes the area pretty exhilarating for a healthy day of hiking. Now, here’s how you start the day. First you take a one-hour drive to Bungamati from Kathmandu. You spend as much time as is required strolling along its stone-flagged streets and watching friendly woodcarvers toiling away creating beautiful works of art. Visit the temple where the Rato Matsyendranath resides most of the year and pay your respects. Then, having had your fill of the artistic ambience of Bungamati, you start off for Khokana. Here, revel in the experience of walking back in time as you walk through its old alleys lined with mud and brick houses. Visit some oil pressing mills and watch an age-old production method of pressing mustard oil.  Buy a couple of bottles of this healthy produce. Take your lunch here as well. Then, it’s another pleasant walk back to Bungamati where, if you are so inclined, you can choose to stay overnight at one of its well-managed homestays where you will be able to experience the customary way of life from even closer quarters.

No doubt, your Nepal travel becomes even more enriching by taking such a day tour, so no matter which among the Nepal tour packages you choose, make sure that it includes a day tour to Bungamati and Khokana,