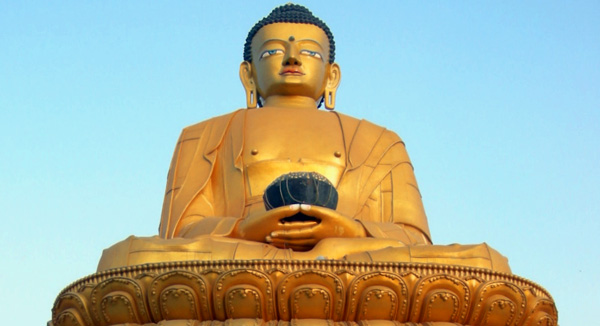 Buddha Jayanti, which falls on 4th May 2015 this year, is not just a day to celebrate Lord Gautam Buddha’s birth, but also to celebrate his whole life, from birth to enlightenment and then to his death, which, if charted, goes as follows: birth—623 B.C.; enlightenment—588 B.C. and death—at age eighty. He was born some 500 years before the arrival of Jesus Christ on earth. The two were responsible for the creation of two great religions—Buddhism and Christianity. Both gave mankind new ways of conducting their lives through teachings that were out of the ordinary. Both became gods.

However, there were some dissimilarities as well. For one thing, whereas Jesus Christ was born to a carpenter family, Gautam Buddha was born a prince who had it all—a prosperous kingdom, a beautiful wife, even a son—but he renounced everything and went off in the middle of the night without even saying goodbye to his wife to search for answers to three questions that were not allowing him peace of mind: Why does suffering exist? What causes of suffering? What will end suffering? His arduous odyssey to enlightenment resulted in him realizing the answers—suffering exists universally and everyone suffers from birth, sickness, old age and death besides other things; the cause of much of the suffering is due to ignorance and greed; and, the way to end suffering is by denouncing ignorance and greed and by following the noble eightfold path (right view, right thought, right speech, right conduct, right livelihood, right effort, right mindfulness, and right concentration). 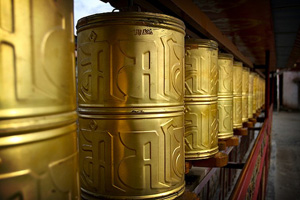 Gautam Buddha’s birth was as miraculous as his life. Legend has it that a pregnant Queen Maya Devi, while on the way to her maternal house, had labour pains in Lumbini, which lay on the way. She grasped the branch of a tree and gave birth to a son while standing up. The little one, so goes the legend, began to walk straight away, and at every step of his, there sprung up a lotus flower. He was named Siddhartha Gautam. There was a sad ending to this episode too—the queen died just seven days after giving birth. The prince, on the other hand,went on to live a royal life, spending all his time within the walls of the palace.

His father was reluctant to allow him to know about the real life outside, being well aware of the prediction that his son was destined to be an ascetic according to the royal priest’s reading of his horoscope. However, in due time, he did manage to go on a visit around the town and what he witnessed—a sick man, a funeral, and an ascetic—made him question the meaning of life itself. His flight from the palace some time later was the beginning of a lifelong search for answers which he discovered while meditating under the Bodh Tree, after experiencing much trial and tribulation. After gaining enlightenment, he became known as the Buddha (The Awakened One) and travelled far and wide propagating his teachings and gaining many disciples.

Video of the Buddha Jayanti