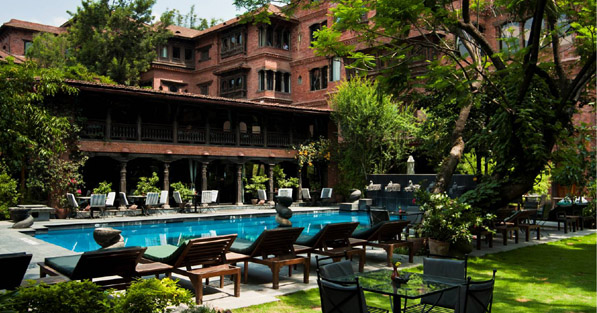 Among all the hotels in Kathmandu, it is truly a heritage hotel, and so recognized by none other than the Pacific Asia Travel Association (PATA), which, in 1980, awarded it the PATA Heritage Award. It is a hotel with a history that has become legend and its description as “a living tribute to Nepal’s architectural and cultural heritage” couldn’t be more fitting. Yes, we are talking about Dwarika’s, the heritage hotel.

It is named after a man of legendary proportions, the late Dwarika Das Shrestha, who passed away on February 10, 1992, leaving behind him a legacy that his family is upholding pretty well. It is believed that he was the first hotelier in Kathmandu, having established the Paras Hotel in New Road, Kathmandu, around 1953/54, as well as Nepal’s first travel and tour agency, Kathmandu Travels and Tours, in 1968. Before venturing into the tourism industry, Dwarika Das had spent a considerable time in government service and lived in various places of the country in his capacity as the Bada Hakim (governor) of Saptari, Birgunj, and Nepalgunj. Besides all this, he was also well known for his beautiful physique, having won the title of Mr. Banaras Hindu University when studying in college in India. 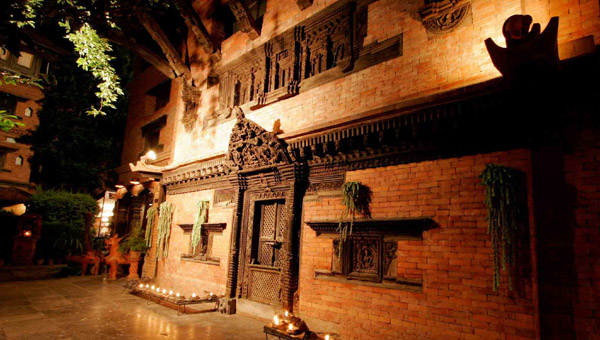 The story behind the making of Dwarika’s Hotel has become somewhat of a legend today. The story goes like this: one chilly winter morning, as Dwarika Das was walking around Basantpur (Hanuman Dhoka), he saw some carpenters sawing off a piece of an old wooden carved pillar. He discovered that they were doing so to make use of the un-carved sections for making a door frame. He was shocked at this wanton destruction of such precious artifact and, on the spot, he offered to give them new wood in return for the one they were sawing. Thus began his lifelong mission to acquire ancient carved wooden pieces lying around in a neglected state, or those that were about to be destroyed. His collection grew rapidly, and soon enough, the makeshift sheds in his garden were overflowing with such items. This was when he thought of putting them to good use in the making of a heritage hotel. And, so, Dwarika’s Village Hotel (later Dwarika’s Hotel) was born.

It was around 1972 that he started the hotel on an experimental basis, and by 1977, it had become fully functional, and famous as well, for its unique identity among the hotels in Kathmandu. Located in Battisputali Road, near the famous Pashupati Temple, and a short distance from the international airport, it has currently 79 rooms and suites that are aesthetically furnished, with ethnicity being the overriding theme. Lauded widely all over the world, Dwarika’s has been variously described as a boutique hotel, a palace that looks like a museum, and a repository of the country’s heritage. The hotel and its courtyards are chock-a-block with intriguing artifacts at all nooks and corners, and indeed, it is a photographer’s delight. However, the real highlights of this heritage hotel are the large beautifully carved Newari wooden windows that adorn the building. It should be noted here that most of the artifacts, including the windows, were lovingly and carefully restored in the hotel’s own heritage workshop by highly skilled Newar craftsmen of Kathmandu Valley. 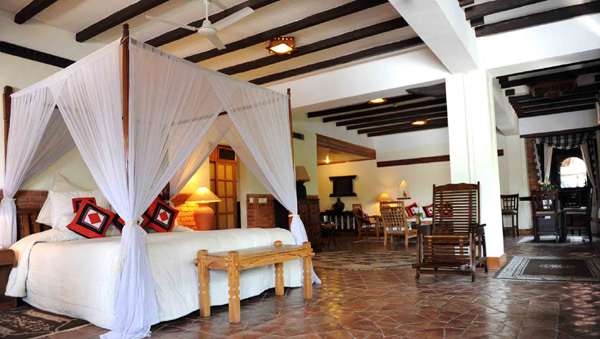 Dwarika’s uniqueness, combined with its excellent modern amenities and flawless service, has made it one of the most popular hotels in Kathmandu, and a preferred destination for tourists seeking not only luxury accommodation, but also something exotic and out of the ordinary. Its success has resulted in the development of another property near Dhulikhel, some 45 minutes from the capital. Known as Dwarika’s Himalayan Shangri-La Village Resort, the 28-room property sprawls over 20 acres of gentle slopes with a private forest and a number of cascade pools. There are plenty of birds and butterflies to be seen in the forest, and even some deer as well. Located at a height of 1700 m, the panoramic views of the Himalayan peaks above and the valley below are terrific. The sunrises and sunsets are memorable and inspiring. It is another great addition to the list of hotels in Kathmandu Valley.

Coming back to the original heritage hotel, Dwarika’s, a statement made by Bibhuti Man Shrestha, a reputed architect who was involved in its making, is pretty interesting: “I didn’t really do anything. All I did was fit in the ancient pieces, collected over the years, in appropriate places, so that the hotel would have all required modern facilities; while at the same time retain traditional exteriors.” Well, then, that means that all credit for the making of this fantastic heritage hotel should rightly go the person it is named after, the late Dwarika Das Shrestha, and one cannot but be inspired by his dedication and commitment that gave birth to one of the finest heritage hotels in Kathmandu.