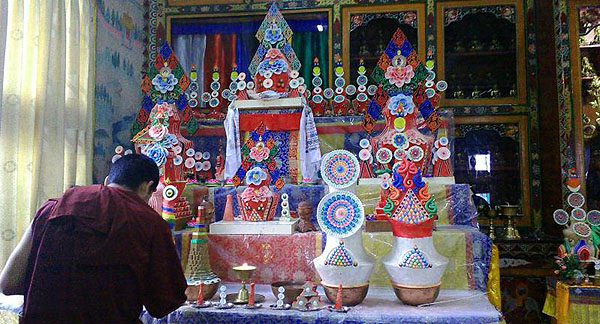 In 1959, Tibet was invaded by China and many Tibetans fled to neighboring countries. A sizeable number, about 20,000, took refuge in various parts of Nepal, ranging from Ilam and Taplejung in the east to Jumla and Humla in the far west. Many settled down in Kathmandu and Lalitpur. They brought with them a unique culture and diverse skills. One such skill that was to play a significant part in the country’s economy was carpet weaving, which went on to become one of Nepal’s top exports. Tibetan carpets were much sought after all over the world. The wool used was from sheep of different parts of Tibet and the designs were exotic. Tibetan wool is known to get better with age, and as far as the designs are concerned, most are symbolic in nature, and the strong contrasting hues such as red, yellow, blue, and gold make them arresting to the eye.

Besides these fine carpets, the refugees also brought into the country their mystic culture, one that many are trying today to preserve and propagate more strongly than ever, and much of their efforts are based within the refugee settlements around the country, which at present have around 13, 500 residents. There are about a dozen such settlements currently, with four that are located in and around Pokhara. These include Tashi-Palkhle, Tashiling, Paljorling, and Jampaling, and all of them have evolved into well developed communities with their own schools, Tibetan style houses, doctors’ clinics, pharmacies, traditional Tibetan medicine dispensaries, and of course, gompas (monasteries) and chortens (stupas). 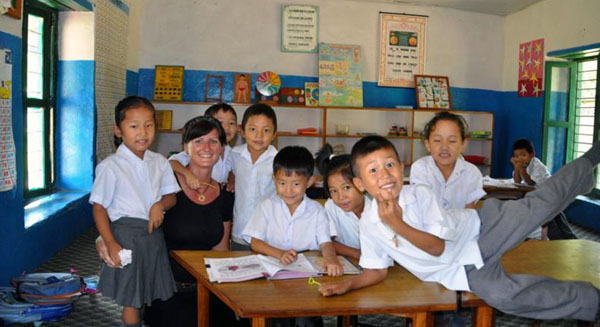 Tashi-Palkhel was established in 1962 and is located in the northern suburbs of Pokhara. It has around 1000 inhabitants whose livelihood is based on wool spinning, carpet weaving, and selling souvenirs. At the opposite end, that is, on the south side of Pokhara, is Tashiling, which once had some 1000 residents, but due to continuous emigration abroad, the settlement has only around  523 residents currently. There’s a carpet factory here as well, besides a number of souvenir shops.

Paljorling was established in 1972 especially to settle and rehabilitate Tibetans who had been active in the Khampa uprising in Mustang district, although there are others besides them as well in the settlement. It is located in central Pokhara and is the smallest of the four. Nevertheless, it does house from 600 to 700 Tibetans. There’s a small carpet factory here along with a noodle manufacturing factory. Jampaling, established in 1975, is another settlement built to rehabilitate Tibetan fighters of the Mustang guerilla force. It is situated about an hour east of Pokhara on the highway leading to Kathmandu. While the main livelihood of the about 750 inhabitants is derived from spinning wool, the settlement also has a small plot of agricultural land on which are grown rice, maize, and vegetables.

A major effort is being made to share the dynamic philosophies and way of life of the Tibetan people so as to preserve their culture. Organized trips are being run which would enable the Tibetans to share their way of life with tourists, and would be a mutually beneficial undertaking. The are well planned morning/afternoon half-day, full day, and overnight tours to all the four Tibetan refugee settlements in and around Pokhara. It’s something that is sure to give you a good understanding about Tibetan culture and their way of life. In addition, you can expect to hear many interesting accounts of Tibet and the events related to the Chinese invasion. The tour programmes go like this: 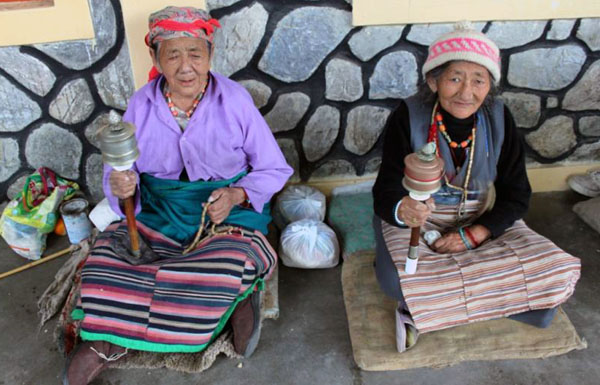 If you are in a hurry, and don’t have much time, you can opt for the ‘Morning Half-Day Programme’ which begins at 7:00 a.m. and ends at 12:30 p.m. It will take you around Tashi Palkhiel, Tashiling, and Paljorling. The time may be short, but it sure is a packed one, with a hearty Tibetan breakfast (tsampas, butter tea, and Tibetan bread) with a Tibetan family; a visit to a monastery where you get to interact with monks; and a visit to an elderly people’s home (where you might hear firsthand accounts of their flight from Tibet). You will also be able to see carpet weavers at work; observe how noodles are made; meet a Tibetan doctor of traditional medicine; and have a nice lunch with another local family. All in all, a wholesome short and sweet package that will make you wiser about the Tibetan way of life. By the way, you can also go for the “Afternoon Half-Day Programme” which starts at 11:30 a.m. and ends at 5: 30 p.m.

There’s another half day package called the “Morning Half-Day tour with Sarangkot Sunrise Programme” and it begins well before dawn and ends at around 12:30 p.m. You’ll be going to Sarangkot, Tashi Palkhiel, Tashiling, and Paljorling. Sarangkot is a mountain on the south side of Pokhara, and the sunrise is terrific from up there. So, you climb it (about 30 min) so as to see the sun rise over the magnificent ice-capped Annapurna peaks. Breakfast follows, Tibetan fare again, and then the programme is more or less similar to the one above. 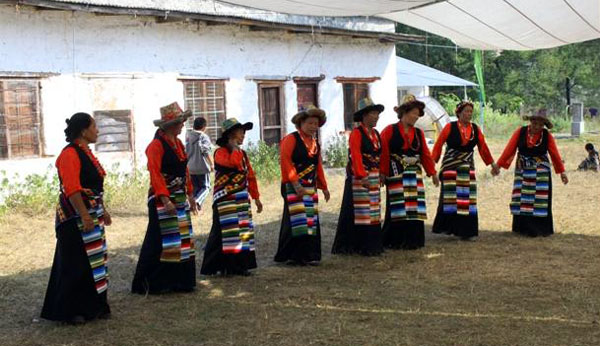 The “Full Day Tour Programme” starts at around 6 or 7 a.m. and ends at 5:00 p.m. It takes you to Dhulegaunda, Tanahun, and Jampaling. In addition to the usual things like a hearty Tibetan breakfast and a delicious lunch with local families, interaction with the residents, visit to a monastery, etc., you will also get to meet villagers and see how organic farming is done according to Buddhist principles. In addition, you will be regaled with a performance of Tibetan songs and dances performed by elderly women. The “Overnight Tour” begins at 6 or 7 a.m. and ends at 9:00 a.m. the next day and has the same itinerary as above, except that you’ll be staying overnight with a Tibetan family and get to have more intimate conversations with them over dinner.

Yes, indeed, these programs are well designed to make you more familiar with the culture and traditions of the Tibetan people. It’s a great effort to make the Tibetans’ way of life and their philosophies better known to the world at large by giving tourists more insight and understanding into the same.