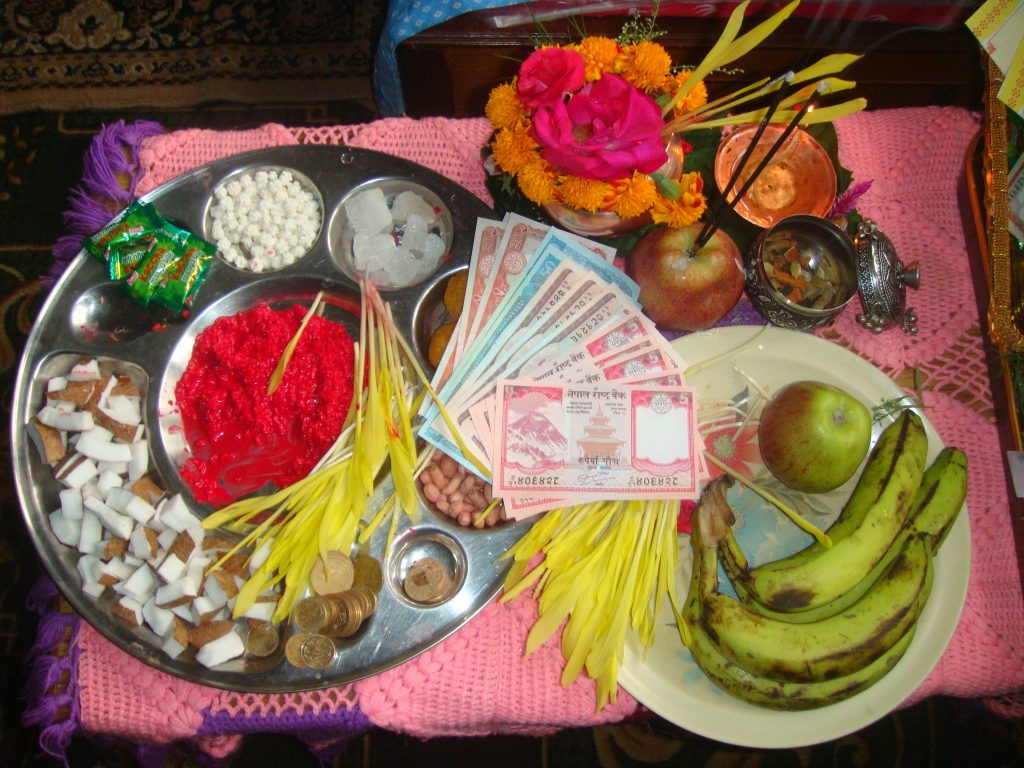 Buddha Jayanti
Buddha’s birth, enlightenment and death fell on the same day and are celebrated by Buddhists and Hindus throughout Nepal on the full moon of Vaisakha, a month on the Hindu calendar (usually April or May). The grandest ceremony occurs at Buddha’s birthplace in Lumbini in the western Terai plains. In Kathmandu, Buddha’s devotees pay respects at the Boudhanath Stupa, one of the holiest sites in Nepal and a UNESCO World Heritage Site. And in Kathmandu Valley, Swyambhunath Stupa and the city of Patan also draw Buddha’s disciples and admirers.

Krishna Janmasthami
In a predominantly Hindu country, the celebration of the god Krishna’s birthday is an undeniably important day, falling in the Hindu month of Bhadrapada each year (usually August or September). The supreme deity, Krishna is known as one of the wisest gods, as well as a lover. Festivities center at the Krishna Mandir in Patan’s Durbar Square and last at least until midnight, when the supreme deity was born. Of course, devotees worship at Krishna temples around the country and typically fast throughout the day.

Gai Jatra
While the literal meaning of Gai Jatra is “festival of cows,” visitors are likely to see thousands of costumed people parading through the streets of Kathmandu, Patan, Bhaktapur and Kirtipur in August or September. Families who have lost a member in the previous year may lead a cow, or a child dressed as one, to help guide the soul to heaven. The festival incorporates the worship of the ancient god of death, Yamaraj, and is meant to accept and celebrate death. A merry celebration it is. After the procession, the day is often filled with street performances, comedy skits and dancing. 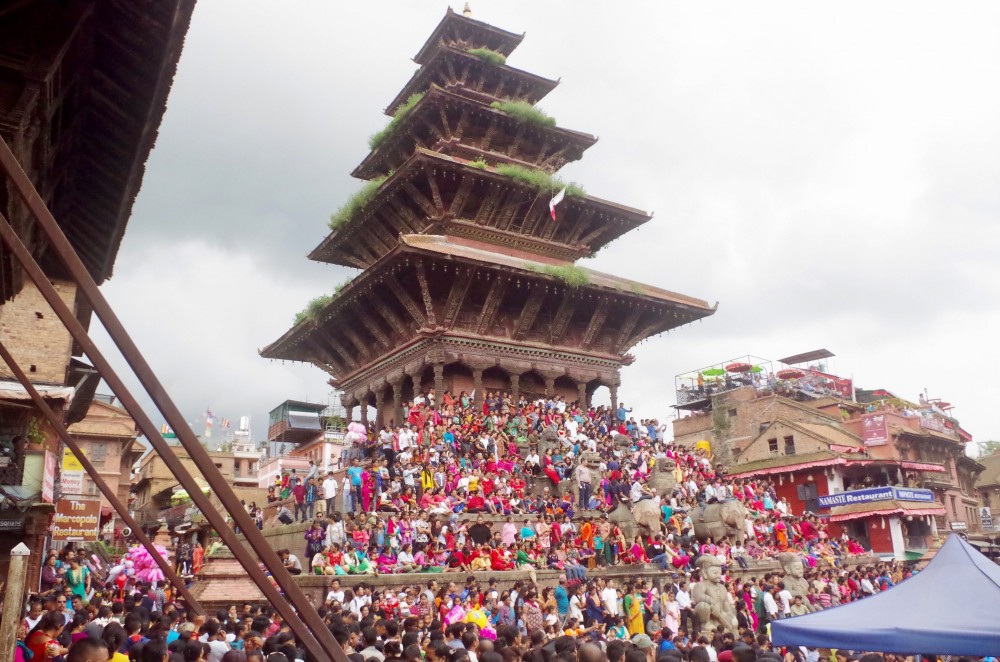 Bisket Jatra Festival Tour
This nine-day festival, often occurring in April, celebrates the Nepali new year. Celebrated in Bhaktapur, Bisket Jatra begins at the Bhairab temple in Taumadhi Tole. The Hindu deities of Bhairab and Bhadrakali are placed in large wooden chariots and pulled through the crowd before a large game of tug-of-war between the two chariots ensues. Other gods and goddesses are also carried in procession around town and locals come to pay homage. Another feat of strength occurs during the festival, as two large wooden poles are erected in the city and the major one is pulled down by groups of young men as the new year commences. 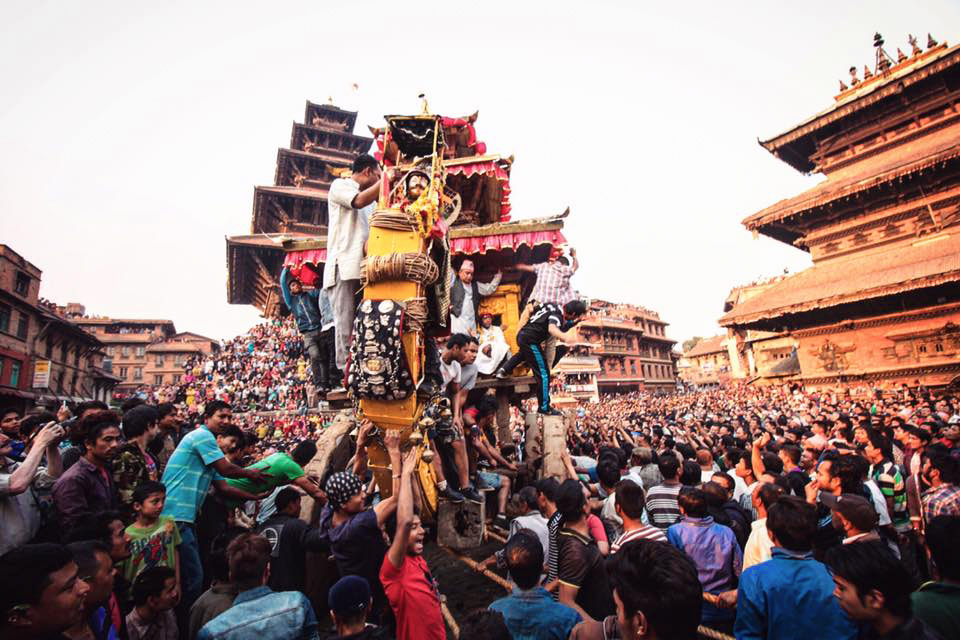 Travelers interested in participating in these festivals or others for an immersive cultural experience can see itinerary options here: https://royalmt.com.np/destinations.