Lhabab Duchen is a festival celebrated to observe the descent of Buddha from heaven to earth. That would be his second visit on earth from heaven. First, when he was born and second, when he returned to earth after preaching gods and his mother in heaven. He was exhorted by his followers to return, and it was only possible after long debate. 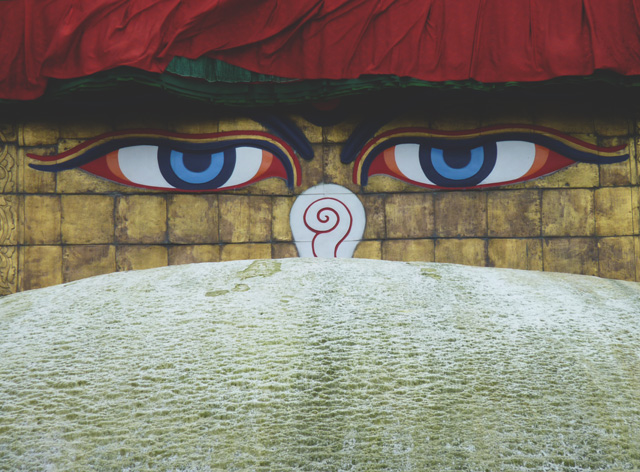 Like all religions, Buddhism, too, has its share of fantastic tales. Indeed, Lord Gautam Buddha’s birth itself is a miraculous one. His mother, Queen Maya, while on the way to her maternal home, suddenly developed labor pains at Lumbini. She grabbed hold of a tree branch, and even while standing up, delivered a bonny baby boy. This, by itself, was a wondrous event, but what was more amazing was that the infant started to walk straightaway. And, at every spot where he took a step, sprang forth a lotus flower.

However, tragedy struck soon after, with the queen passing away only a week after the birth. At the age of 41, after having attained enlightenment, Gautam Buddha became aware that his revered mother was stuck in a place called Trayastimsa (33 Heaven), where numerous gods resided, but since it was a realm where desire existed, liberation from samsara was not possible for mortals reborn there. The Buddha, wishing to help his late mother, journeyed there and spent three months in teaching the truth to her as well as to the many deities inhabiting this heavenly realm.

Back on Earth, his disciples became worried at his long absence, and even though they could see that he was well in 33 Heaven, they wished him back. Maugalyayana, one of his closest disciples, pleaded with him to return. The Buddha was reluctant to do so, and a long debate ensued between the two, at the end of which, he was persuaded to return to Earth. 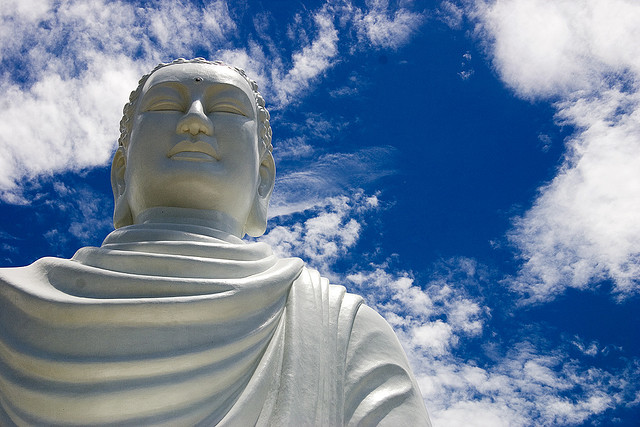 Seven days later, he descended down the central of three stairways made of beryl, gold, and silver that Viswakarma, the god of machines, had made for the journey back, with the gods Indra and Brahma accompanying him down the others. His descent landed him at a mountain peak known as Sankahya in Basantpur, Uttar Pradesh, India. Along with his descent, the stairways began to vanish, leaving at the end only a small portion around which, much later, Emperor Ashoka built a temple.

The day of the Buddha’s return on the 22nd day of the 9th month of the Tibetan calendar (November 13, this year), is celebrated as Lhabab Duechen every year. A large number of pilgrims make their way to various monasteries on this day, especially in Lhasa, where they prostrate themselves on the ground before the deities and burn bundles of aromatic juniper incense. On rocks around the monasteries, fresh ladders are painted as a symbolic gesture. The outer walls of houses around Lhasa are also given a fresh coat of paint on the day.

Like festivals such as Saga Dawa (held to celebrate the Buddha’s life, i.e., his birth, enlightenment, and leaving the mortal body ) and Choekhor Duechen (held to commemorate his first sermon), Lhabab Duechen is also regarded as a Buddha Multiplying Day, that is, all actions on the day, good or bad, are multiplied 10 million times. So, it’s a day to do all sorts of virtuous deeds, and one can expect pilgrims to be generous in giving alms to the poor. And, because this day is related to the Buddha’s mother, it is also considered to be a special day for all mothers.

A corollary to the incredible story related above is that, among the thousands gathered to greet him on Earth, is a nun named Utpali has taken a solemn vow to be the first to do so, but it seemed an impossible task in the presence of many kings and princes. However, due to the force of her conviction, she becomes transformed into a powerful empress, with treasures and troops at her side, and is thus able to get the front row seat, as it were, which enables her to be the first to greet the Buddha on his setting foot on Earth.  Subsequently, the Buddha predicts that she would also attain enlightenment one day.