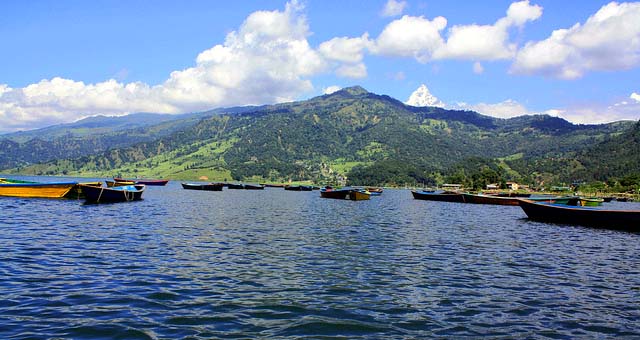 Yes, Kathmandu is a unique place with a distinct identity of its own, and surely, you’ll be spending quite a few days looking around. However, don’t go back thinking that this is all that there is to the country. Nepal has more to offer, so do make it a point to visit some of its major cities and towns. To make it easier for you, here are some pointers.

Junko Tabei—the name sounds pretty familiar, doesn’t it? Well, it should be, considering that it’s a name that is now indelibly etched in the history of mankind as the first woman to conquer the world’s highest peak on May 16, 1975. She also became the first woman to summit the seven tallest mountains of all seven continents (seven summits) on June 28, 1992.  Now, her ambition is to climb the highest points of all the countries around the globe. How many has she achieved so far? She has climbed the highest peaks of 61 countries as of date.

Well, who better than her to inaugurate Pokhara’s most ambitious venture, the International Mountaineering Museum (IMM)? This singular honor fell upon her on May 2002, and she did it side by side with the equally renowned Appa Sherpa, conqueror of Everest 20 times. Since the opening, the museum has gone to become a big success and a star attraction of the ‘Lake City’.  Themed as ‘Man, Mountain, and Mountain Activities’, it has the following sections—Mountain People Gallery, Mountain Gallery; Mountain Activities Gallery, Associates’ Gallery, Library, and Audio Visual Hall. Well, when you are in Pokhara, keep at least half a day aside to visit this one-of-a-kind museum that’s located south of the airstrip near the Himalaya Eye Hospital.

No doubt, you’ll be pressed for time when in this lovely city because of the many interesting activities asking for your time. Such as a couple of boat rides around the Fewa Tal (lake); this, a particularly rewarding pastime in the winter when you can paddle out to the middle of the large lake and sunbathe to your heart’s content. Then, there’s a bit of exploration than has be done around the city. You could hire a mountain bike and ride from one interesting place to another, or better still, follow the path of the mysterious river that flows deep down below the city. On the way, take some time off to explore the cavernous depths of the Mahendra Gufa, a cavernous cave in the mountainside that is a claustrophobic’s worst nightmare. After this, your next stop could be at Devi’s Falls to take in the engrossing sight of water cascading down hundreds of feet below.

Aside from your forays into the natural bounties of the city, there are a couple of sporting activities that you must experience, such as paragliding from a mountain top called Sarangkot (1,592 m), parasailing, and a glorious ultra flight on a ultra light aircraft that fly at 50 to 90 km/hr and takes you up to 5,000 feet. The 15–30 minutes of pure thrill gives you a bird’s eye view of the beautiful valley below and a close-up view of the fabulous Macchapucchre Himal (Fishtail Mountain) alongside. Sure, Pokhara is one city that has a lot going in its favor. Added to that, the lakeside area has all kinds of amenities, from hotels and restaurants to trekking agencies and tour operators, and yes, a pretty cosmopolitan crowd at all times. Good place to strike up new friendships, what? 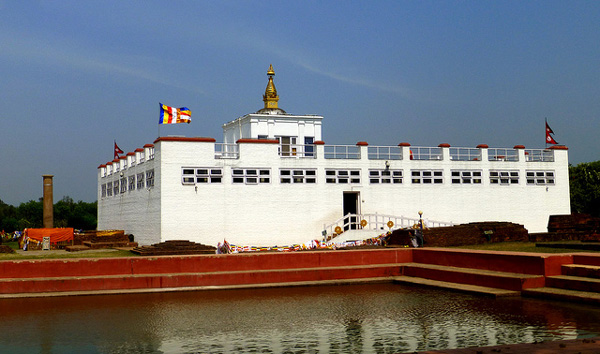 Lumbini is one of the four essential pilgrimage sites for Buddhists the world over (the others being Kushinagar, Bodh Gaya, and Sarnath). Located in Kapilvastu District, Lumbini was designated a UNESCO World Heritage Site in 1997. It was the birthplace of Siddhartha Gautam (563 BCE) who went on to propagate a new way of life that ultimately resulted in the establishment of the Buddhist religion. In the process, Siddhartha Gautam became known as Gautam Buddha, and he is believed to have lived in Lumbini till the age of twenty-nine.

The most famous temple here is the Mayadevi Temple in which there is a stone image of Queen Mayadevi holding on to a branch as she gives birth to Siddhartha Gautam. Puskarini Pond is nearby, this pond also a holy site, since it was where Buddha’s mother took the ritual dip before giving birth and in which Siddhartha Gautam was also given his first bath. A sacred Bodhi Tree (similar to the one under which Buddha later received enlightenment) and the Ashoka Pillar (erected in 249 BCE by Emperor Ashoka to mark the exact birthplace of Buddha) are also situated around the temple.

Lumbini encompasses a three-mile area and is divided into three zones, as per famous Japanese architect Kenzo Tange’s master design of 1978. These zones are: the Sacred Garden Zone; the Monastic Zone, and the Educational and Culture Zone. The Monastic Zone is segregated into the East Zone where followers of Theravat Buddhism (India, Myanmar, Sri Lanka, etc.) have built monasteries, and the West Zone, where countries like Japan, Bhutan, Vietnam, Kampuchea, etc. that follow the Mahayana branch, have built theirs. There are also some monasteries built by followers of Tibetan Buddhism, such as the Drigyul Kagyul Sect, in the West Zone. 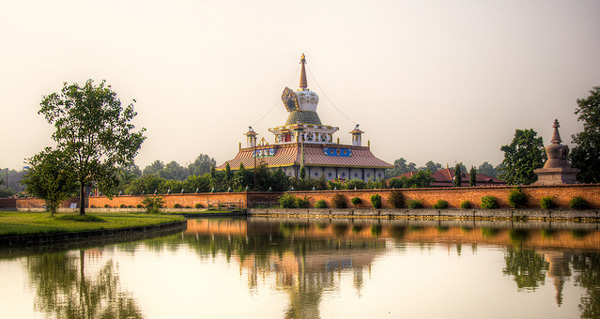 Formerly called Bhairahawa, Siddharthnagar, the administrative headquarters of Rupandehi District, is about 265 km west of Kathmandu. The change in name is obviously because of the fact that Siddhartha Gautam (Lord Buddha) was born in nearby Lumbini. In fact, it is the gateway to Lumbini, which is situated some 22 km to the west of the city. The Gautam Buddha Airport (which everyone wants to make international but haven’t been able to as yet) is about 3 km from the city center. Siddharthnagar is a bustling mid-sized city that has a lot of commercial activities because of its proximity to the Indian border town of Sunauali (about three and a half kilometers away) which in turn is just two hours from Gorakhpur, one of the larger cities of Uttar Pradesh, India’s biggest state. Gorakhpur has an important train junction from where Delhi can be reached in 12–18 hours and Kolkata in 10–12 hours. Within Nepal, the Siddhartha Highway connects to Butwal and thereon to the East-West Mahendra Highway.

There’s an archeological site called Devedaha (near Khairhani village) about 15 km northeast of Siddharthnagar that is associated with the Koliyas, Queen Mayadevi’s tribe, and thus, Lord Buddha’s too, from the maternal side. A particularly significant fact about this tribe is that it is believed to be one of only eight tribes to receive Lord Buddha’s corporeal relics after his demise at Kushinagar. There’s another place called Ramagrama about 20 km east of Siddharthnagar that has the remains of a stupa (with a mound 20 m across and 10 m high) and a monastery on the banks of the Jahari River. Archeologists think that Ramagrama could have been the center of the Koliya kingdom in the old days. Kapilvastu, the ancient kingdom of the Shakyas, Lord Buddha’s clan, is located 40 km west of Siddharthnagar, and it’s the scene of many archeological finds.