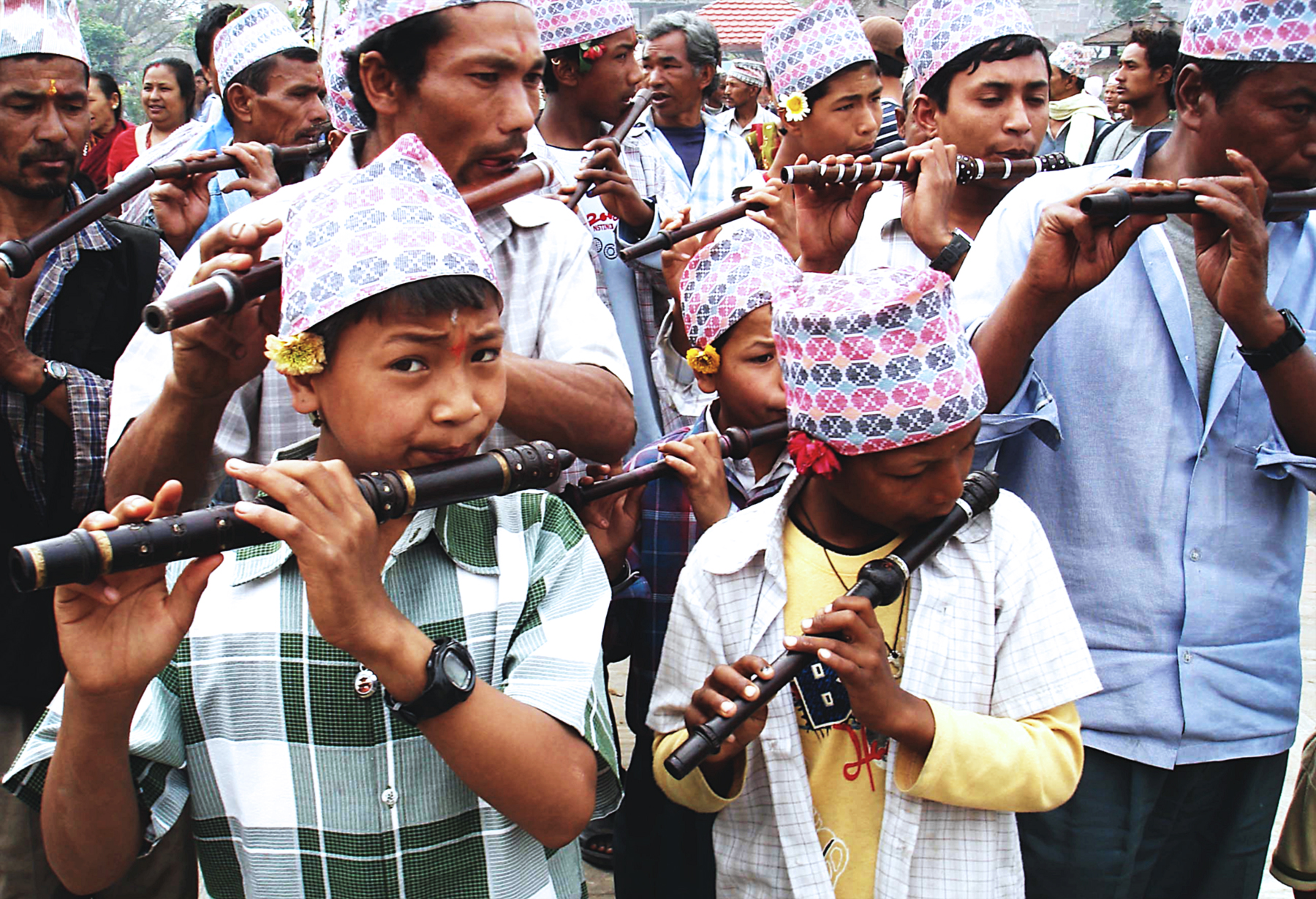 The rains have stopped; actually I felt that there was less rain this year during the
monsoon season. Hope the paddy fields were inundated enough so that the harvest is a good one, for only then will the coming festivals be celebrated with real gusto.
At the same time, it must be said that the earthquakes have put somewhat of a dampener on the works. Just the other day, someone was telling me that this time around, there wasn’t much of the usual hullaballoo about the upcoming Teej festival, which is the biggest and most joyously celebrated festival for women here. Perhaps this year, everybody feels it is appropriate to be more subdued. Anyway, subdued or not, festivals will be honored, because they are part of the country’s ancient tradition, and here are some on the way: 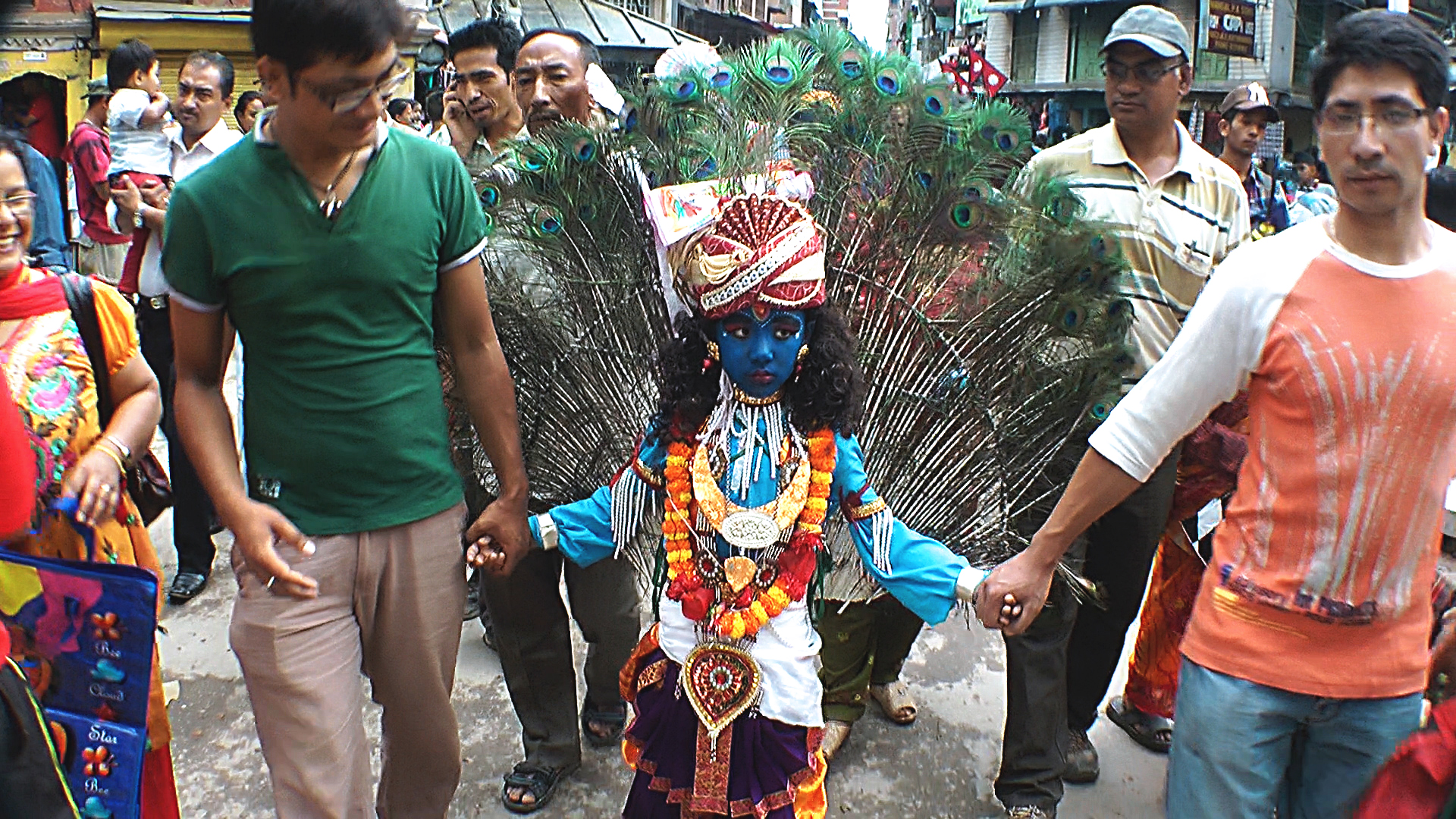 This is the day when you should be in Patan Durbar Square, one of the Valley’s seven world heritage monument zones, because on this day there will be plenty of action at the Krishna Temple (built in 1637). Some say that it probably has the best deity images among the many other temples in Patan. Architecturally, too, it’s a work of art, built as it is in stone in the shikara style, both aspects thus setting it apart from the mostly pagoda-style temples around made of wood, and with metal roofs.

Long lines of Krishna devotees will make their way up a narrow stairway to the first floor, where the deities (Lord Krishna and his wife Goddess Radha) reside in glorious splendor, enjoying his birthday celebrations. Now, here’s something about Lord Krishna: he is one of the more popular gods in the Hindu pantheon, and was instrumental in ensuring victory of good over evil in the great Mahabharat war, when, acting as Prince Arjun’s charioteer, he provided the right advice at the right times. His deep insights of that time constitute the Bhagavad Gita, the most important Hindu religious text. 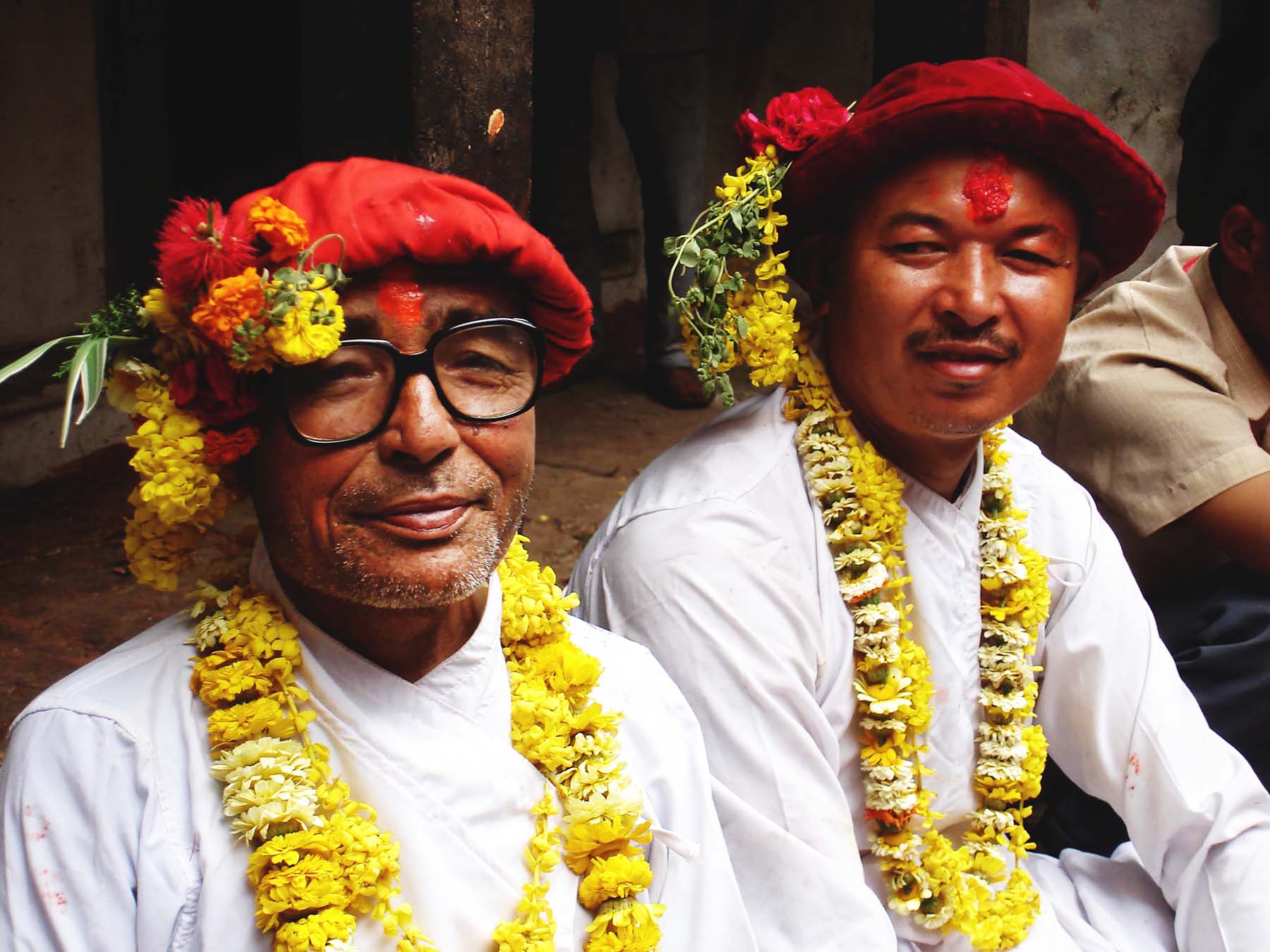 This is the day when those who have lost their fathers offer rice and other pure foodstuff (sida daan) to priests, and many go to river banks to do the rituals (shraddha) honoring their fathers. Gokarana, some one hour to the east of Kathmandu city center, is a popular spot for such rituals at the Gokarneshwor Mahadev Temple. Gokarna is a protected forest reserve that has a terrific resort famous for its scenic golf course. Now, about the name Kushe Ausi: it refers to kush, which is a sacred grass used for purification purposes, and ausi means a no-moon day. 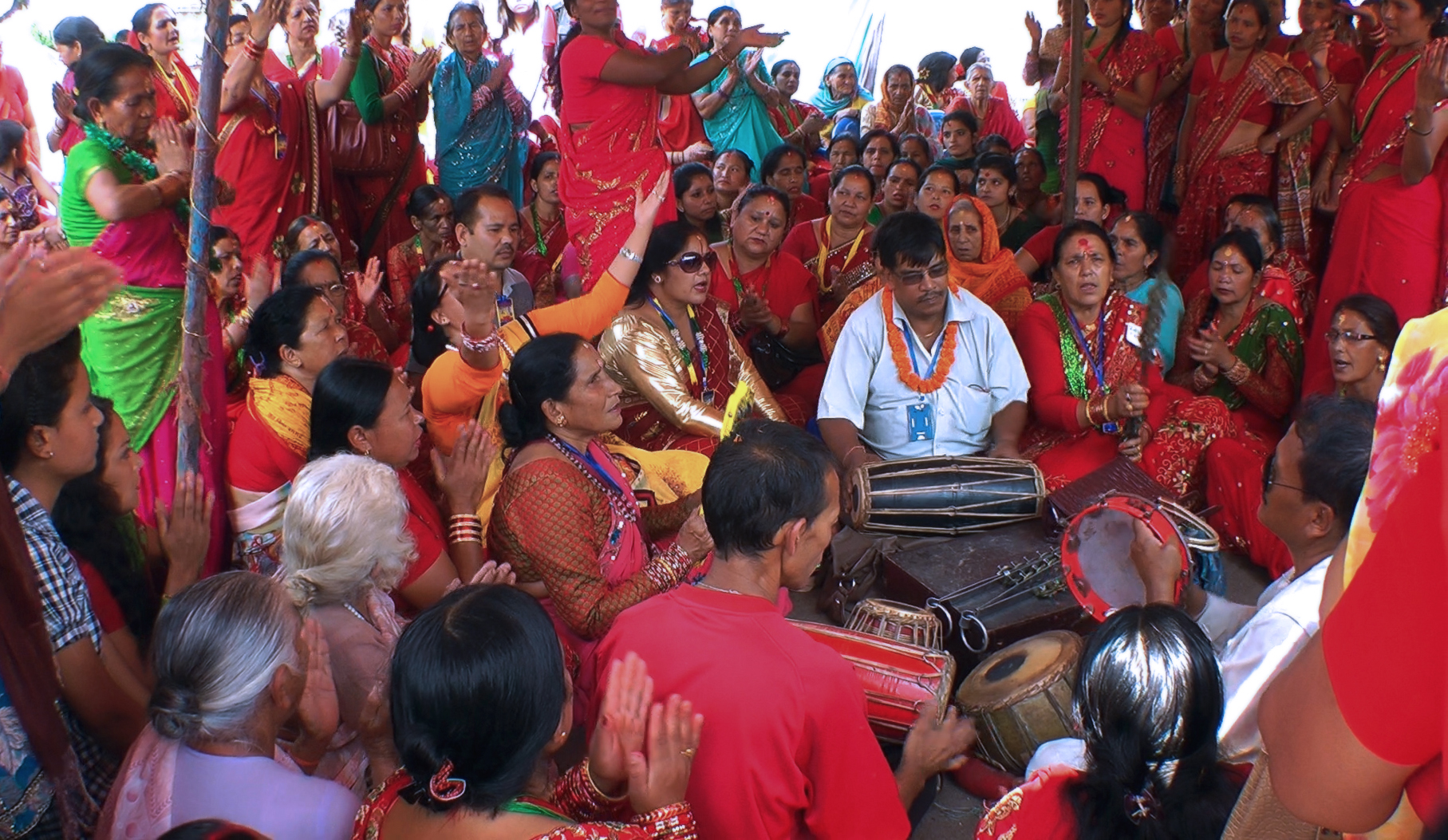 The Teej festival is a three-day-long affair. The story behind it goes like this: a lady called Parbati was determined to marry the dashing Lord Shiva, and to attain her objective, she fasted and prayed for a very long time. Her dedication couldn’t be ignored by the mighty Shiva, who was meditating in Mount Kailash, and he agreed to marry her. Teej is a celebration of this rousing story, a celebration during which women pray for the long life of their husbands, and wellbeing and happiness of their families. Pashupatinath Temple, another of the Valley’s world heritage monuments, is where you’ll find lines and lines of women, all clad in bright red saris, waiting their turns patiently to worship Shiva.

Lots of volunteers will be around, and it’s a really carnival atmosphere. Most of the women will not have eaten or drunk anything for the past many hours, and chances are some of the weaker ones might even faint while waiting in line. To lessen this risk, they are invited to their paternal house the night before to partake in the dar khane ritual, when all the family members, especially the women, dance and sing all night, even as they gorge themselves on a large variety of delicacies. The fast begins from midnight onwards, however, there’s a lot of dancing and singing the next day, too. The third day, they do some special pujas, where banana and basil (tulsi) leaves hold significance, and after it’s over, sit down to break their fasts by eating karkalo ko tarkari (curry made of lotus leaves) and pure food made in clarified butter (ghiu). 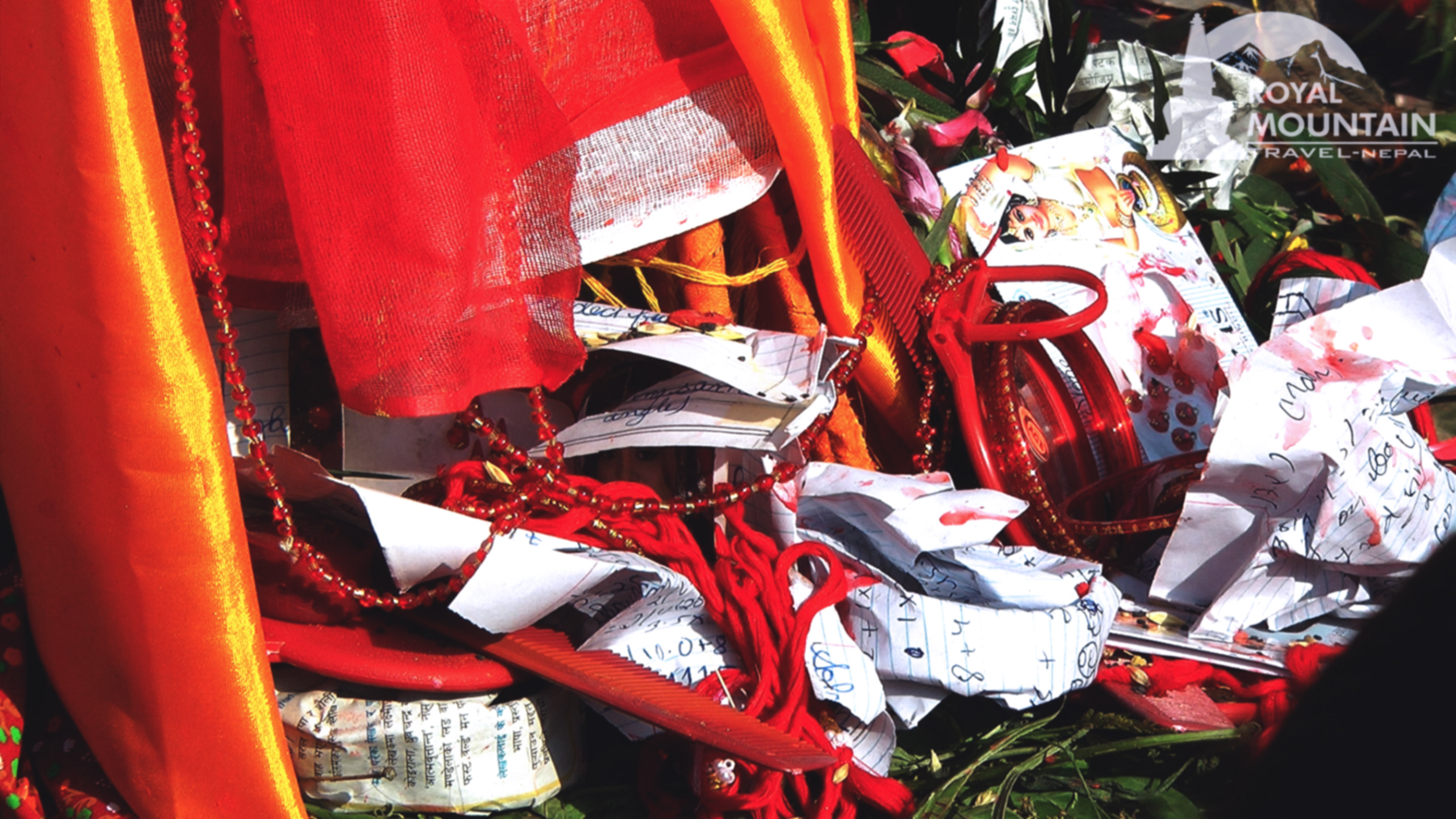 With the ending of the Teej festival, women worship the Sapta Rishis (the seven powerful sages: Vashishta, Kasyapa, Atri, Bharadvaja, Vishwamitra, Gautama, and Jamadagni). They take a ritual bath early in the morning, before sunrise, scrubbing themselves with mud that’s supposed to come from an elephant’s foot, and the roots of the sacred tulsi and amala plants. They also brush their teeth using datiyon, the stem of a herbal tree, and use its leaves as sacred offerings. Figures of the seven sages are made using cow dung, and these are worshipped with great devotion.

Well, as you can see, September has a lot of important festivals, and there’s more to come in the next blog. Keep on reading.