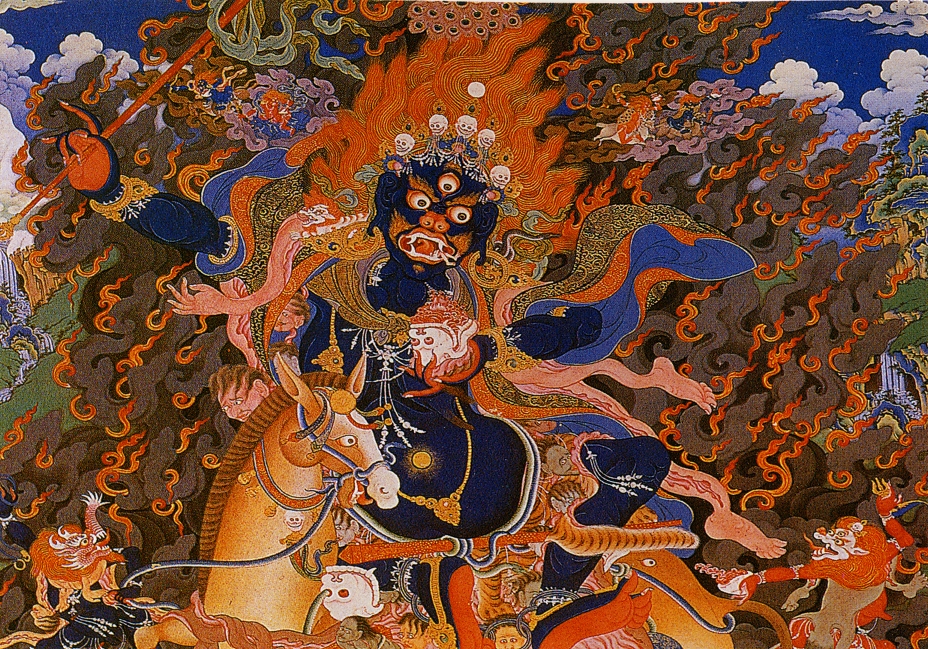 Palden Lhamo Festival is to celebrate on December 6 this year at Barkhor Square in Lhasa honoring one of the most intriguing deity figures of Tibetan Buddhism—Palden Lhamo. If you come across any Thangkas (traditional religious paintings) with a blue-colored female figure whose hair is a fiery red, you can conclude that it is that of Palden Lhamo. Well, what but fiery red hair to portray so wrathful a deity? But, that is only a small giveaway, you just can’t miss her because she will have three eyes and will be holding a human skull from which she will be shown drinking blood. What’s more, she will be on a white mule, riding lady-like (i.e. side-saddle).You should know that the saddle blanket was made out of the skin of her own son, whom she killed, because if alive, he was destined to wipe out Buddhism from Tibet. And she couldn’t allow that. After all, Palden Lhamo is supposed to be the main protector of Tibetan Buddhism, as also of the Dalai and Panchen Lamas.

Palden Lhamo had made a solemn promise to the first Dalai Lama that she would be the guardian of his reincarnated lineage forever and more. This had been conveyed through a vision at the sacred Lhamo La-tso, the so-called ‘oracle lake’, situated in a remote place southeast of Lhasa. This is the lake where many kings and high standing monks have gone through the ages during crucial times when new reincarnations had to be discovered, to meditateand be guided through visions on the lake’s surface.Palden La-tso is where PaldenLhamo’s spirit resides. In 1509, the second Dalai Lama, Gendun Gyatso (1476-1542), built the Chokorgye Monastery in between three mountains, Begtse to the east, Zhidag to the north, and Palden Lhamo to the south, in the Tsi-chu Valley, and this where the kings and high lamas stayed in during their visit to the ‘oracle lake’. Today, you too can stay here if you are visiting Lhamo La-tso.

However, the festival in her honor is celebrated in Barkhor Square in Lhasa, since Palden Lhamo is also regarded as the guardian deity of the historic capital. It’s held on day fifteen of the lunar month of the Tibetan calendar (December 6, 2014, this year) when the deity’s float will be paraded through the famous square. 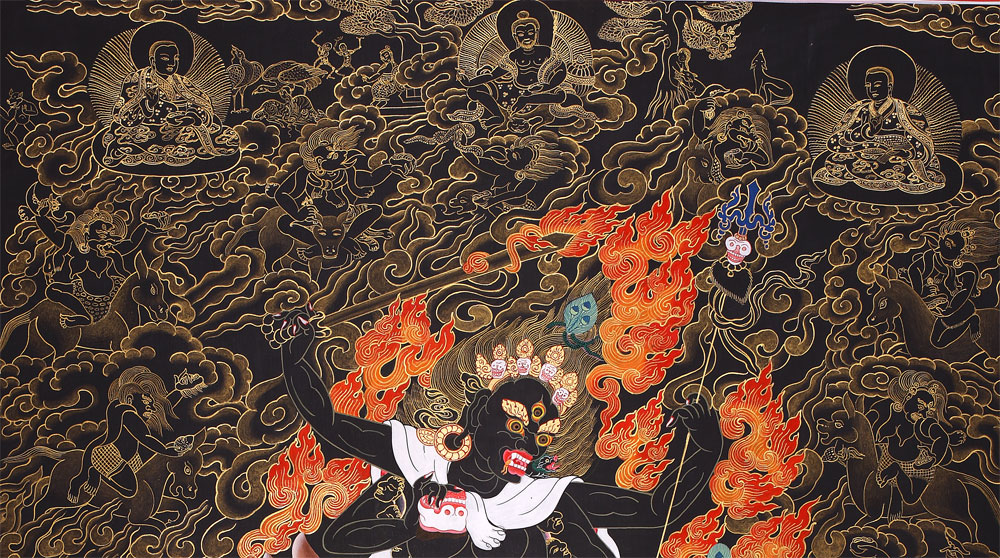 It is, of course, where the famous Jokhang Temple is situated, around which a quadrangle of streets makes up the main bazaar for Lhasa’s denizens. A walk around the square is a must for all tourists, since there is so much of Tibetan lifestyle and culture one can experience here. The Jokhang was founded way back in the seventh century by King Songten Gampo who wanted a suitable shrine for a statue of Akshobhya to be housed in. Incidentally, this revered icon was part of Princess Bhrikuti’s (his Nepali wife’s) dowry. In fact, so beloved was the princess that the king had the temple oriented in such a way that it faced Nepal, and Newari artisans were brought in from Kathmandu to do much of the woodwork. It is one busy shrine, with a constant flow of pilgrims who prostrate themselves on the ground and burn butter lamps and incense in front of various deities. All in all, what with the renowned Jokhang, and the bustling marketplace all around, it is a square that assails all the senses in a way that can be pretty overwhelming.

And, this is where the Paldnn Lhamo festival is held every year in November/December to honor the sole female member of the ‘Eight Guardians of the Law’, and the worthy consort of one of the most wrathful of all deities, Mahakala. ‘An experience of a lifetime’ is how we would describe it as!