Hindus never tire of listening to the retelling of Ramayana, the epic story of Lord Rama and his wife Sita. It is as exhilarating a story as is the other fantastic Hindu epic, that is, Mahabharata. The story of the birth of Lord Rama and his four brothers in Ramayana is an intriguing tale. Apparently, King Dashratha, of the kingdom of Ayodhya in India, had three wives, Kausalya, Sumitra, and Kaikeyi, but none could produce a child. It was imperative that someone did, because the kingdom needed an heir to continue the royal lineage. His trusted advisor, Rishi Vasistha, suggests that the king perform a special kind of ritual, the Putra Kamesti Yagya; this could help. Further, he says that it would be a good idea to request the great Maharishi Rishyasringa to conduct the important event.

At the culmination of the yagya, King Dashratha is offered a bowl of special milk and rice pudding (kheer) as prasad, which he is asked to give his wives, so that they can conceive. The king decides to give half the pudding to his elder wife, Kausalya, and the other half to the youngest one, Kaikeyi. Now, these two queens, being of considerate nature, decide to give half of each of their portions to Sumitra. And, lo and behold, miraculously, all three give birth to boys—Kausalya to Lord Rama, Kaikeyi to Bharat, and Sumitra to the twins, Lakshman and Shatrughan (obviously, because she received double the pudding portion than that of the other two queens.) 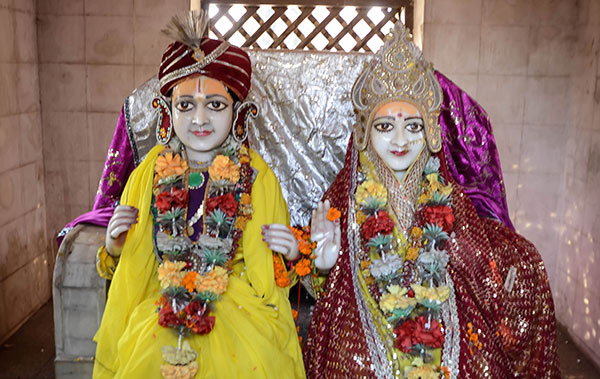 Lord Rama was born on the ninth day of Chaitra (March/April), which happens to be the very first month of the Vedic calendar. And, this was the day that would henceforth, for posterity, be celebrated by all Hindus worldwide as Ram Navami. Now, navami means nine, so there’s another story behind this as well. According to the lore, it is part of the 10-day festival of Dashain, only, in this case, it is not the regular Dashain (that great big Hindu festival that occurs in October, or thereabouts). It is, rather, known as Chaite Dashain. It’s a smaller version of the regular one, and it’s believed that the actual victory of Lord Rama over the Lankan evil but genius-king, Ravana, actually occurred in the month of Chaitra, but, due to some reasons (one reason being that Chaitra, being a hot-weather month; food was liable to spoil fast, and, so big feasts wouldn’t be so enjoyable), somebody or the other decided to push the bigger celebrations to October, or thereabouts. Anyway, Ram Navami is celebrated one day, followed by Chaite Dashain the next day, in the designated day in Chaitra (March/April) every year(8th April,2014 this year).

As mentioned before, Ram Navami is observed as the Lord Rama’s birthday. Dashain is to celebrate the his return from a 14-year exile, during which time he has a tremendous battle to rescue his wife, Sita, who gets kidnapped by the evil-but-genius king, Ravana, and is flown to his palace in Lanka (Sri Lanka), where she is kept in captivity in the royal gardens. Now, you might be wondering about why he was exiled in the first place. Well, the story is that Kaikeyi, the youngest queen, conspires to make her son, Bharat, the new king after King Dashrath’s demise. Being the youngest of the three queens, the old king naturally has a special fondness for her, and is thus influenced pretty easily. Lord Rama and his wife Sita decide to make things easier for everybody and go into exile, as per his father’s wish. Laxman and Shatrughan accompany them. 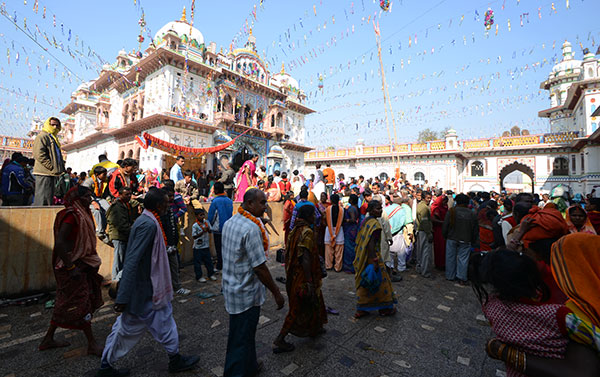 It’s a great story full of twists and turns, and definitely, there’s much more to it than is related here; you’ll have to go through the whole story to get a clearer picture. Anyway, taking it forward, the evil-but-genius king, Ravana, gets to set his licentious eyes on the beautiful Sita, whom he, through devious trickery, carries off to his kingdom across the Indian Ocean on a pushpak biman, a flying chariot. Now the battle lines are drawn; Sita has to be rescued; Ravana must die. Lord Rama begins the crusade. Hanuman, a mighty fighter of the monkey army, offers his help, along with his army. He flies to Lanka and burns the city down with his burning tail. Now, you might want to know something about why his tail is burning. Well, the story is that Hanuman, while on a reconnaissance mission to the Lankan king’s palace, is captured, and his tail is put on fire by the perverse guards. He escapes, and with tail all afire, starts putting the whole town to flames. Like said before, it’s a rambunctious tale, and there are all sorts of thrills and adventurous stuff. Read the Ramayana; you’ll enjoy it.

Ram Navami is celebrated by visiting temples dedicated to Lord Rama. Especially important during this time is Janaki Temple in Janakpurdham, where thousands of pilgrims make beeline for to celebrate Ram Navami. Now, why Janaki Temple? You may ask. Well, it’s the temple named after Sita’s father, King Janaki of the ancient kingdom of Mithila (now Janakpurdham). There’s as interesting a story behind Lord Rama’s marriage to Sita that is also part and parcel of the Ramayana, as are all the various other stories that go to make the epic. However, for the time being, suffice it say that visiting Janaki Temple during Ram Navami could be a good start to learning more about Maryada Purush (Ideal Man) Lord Rama.