Sikkim is the 22nd state of India. It is the least populous state and second smallest state of country. It borders Nepal in the west, Tibet to the north and the east and Bhutan in the southeast while West Bengal borders it to the south. The thumb-shaped state is wholly mountainous terrain with an elevation ranging from 280 m to 8585 meters. Many river valleys in the west and south of the state have been carved out by innumerable snow fed streams. The Teesta and its tributary Rangeet are the biggest rivers of Sikkim. About a third of the state is heavily forested. The northern, eastern and western borders of Sikkim are surrounded in a crescent by 28 Himalayan peaks.

Siliguri, a town on the northern fringe of West Bengal, is the main gateway of Sikkim and its capital Gangtok is connected to it through National Highway 31A. Gangtok (which means ‘High Hill)’ lies on a ridge overlooking the Ranipool River. Peling is another lovely town of West Sikkim from where one can get a panoramic view of the majestic Kanchengjunga along with other famous Himalayan peaks like Simvo, Kabru, Kumbhakarna, Pandim, and Siniolch. 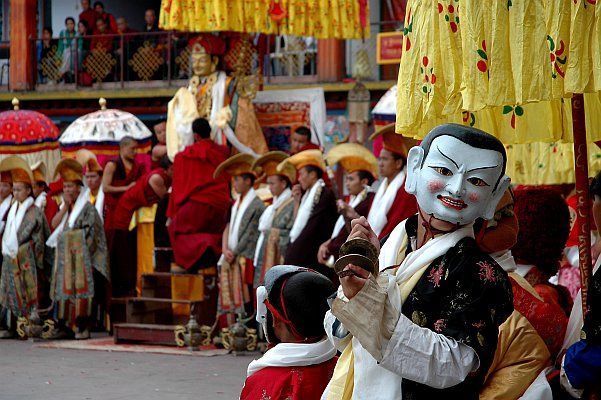 Travel Requirements
Foreign passengers should ensure that they are in possession of valid Indian Visa before they start their journey to India except nationals of Nepal and Bhutan who do not require visa to enter India and nationals of Maldives who do not require visa for entry in India for a period up to 90 days (a separate Visa regime exists for diplomatic/official passport holders). The Consular Passport and Visa (CPV) Division of the Ministry of External Affairs is responsible for issuance of Indian visas to the foreign nationals for their visit for various purposes. This facility is granted through various Indian missions abroad.

Inner Line Permit: Sikkim is a sensitive border state. In addition to an Indian visa, foreigners must obtain Inner Line Permit (ILP) to visit Sikkim. The permits can be obtained from all Indian missions, Tourism Office, New Delhi, Sikkim Tourism Office, Calcutta and Sikkim Tourism Office, Siliguri on the strength of an Indian Visa. It can also be got at Rangpo, the entry point into Sikkim. The permit is issued for an initial period of 15 days duration on the spot without any delay provided photocopies of Passport and Visa details along with two passport photos of applicants are made available then and there. It can be extended for further 30 days of 15 days each. The extension of permits can be obtained from Foreigners Registration Office (FRO), Gangtok and Superintendent of Police of North, South and West Districts.

Restricted/Protected Area Permit: For those interested in going for trekking in the interior regions of the state, you also require a restricted area permit (RAP) which is obtainable in Gangtok from the police check post and Department of Tourism which is available for certain specified area for groups consisting of four or more foreigners subject to the condition that the trekking program is arranged through a registered travel agency.

Note: You are requested to contact the nearest Indian Mission (Embassy/High Commission/Consulate) or visit their websites for up-to-date information regarding visas, fees, procedures, etc 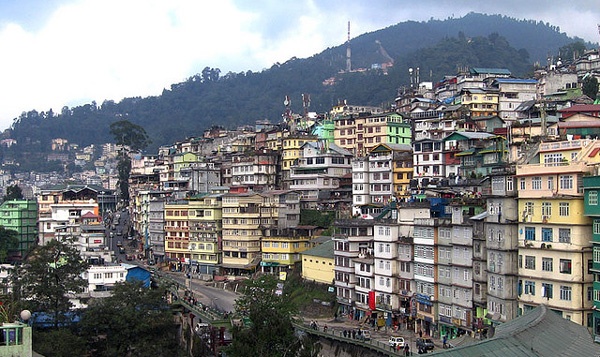 There are daily flights from Kathmandu to Bhadrapur (in Nepal – 1 hour). Once in Bhadrapur, one can get a taxi to Kakarvitta (India-Nepal border – 35 km). From Kakarvitta one can get direct taxis to Siliguri (37 km) and from Siliguri one can avail of direct vehicles (taxis or buses) to Gangtok (110 km, 4 hours).

Best time to visit: March to June and September to December