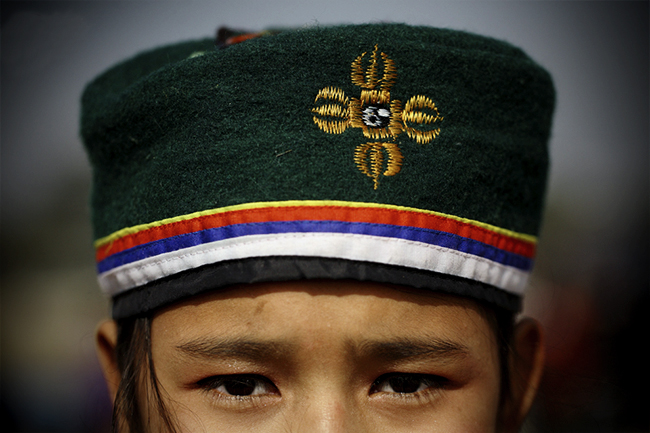 Sonam Losar is one of the central festivals among 125 ethnicities living in Nepal, of which some are of Indian origin, and some of Tibetan origin. Therefore, it is natural that many of the country’s festivals are similar to those of the neighboring regions. As far as the latter is concerned, Losar is the festival that comes to mind uppermost. In Tibet, Losar (Lo: year sar: new) is the most important festival among its numerous other festivals. So too is it for many communities in Nepal, such as the Tamu (Gurungs), the Tamangs, and the Sherpas, Bhutiyas, and Yolmos.

All the above-mentioned ethnicities celebrate Losar, but they do so on different days. Tibetan Losar is celebrated on the first and third days of the first lunar month of the Tibetan calendar (in 2015, it falls on February 19-25). Just so you know, Tibetan months are some six weeks behind the solar calendar, and the first month usually falls in February. In Nepal, there are three different Losars, namely, Tolo (Tamu) Losar, Sonam Losar, and Gyalpo Losar. They are held a month apart from each other. Tolo Losar, celebrated by the Gurung (Tamu) community, was celebrated on December 30, 2014, while Sonam Losar, the New Year of the Tamangs, was held on January 21, 2015. As for Gyalpo Losar, it is set to begin on February 19, 2015, and is celebrated by Sherpas, Bhutiyas, and Yolmos. 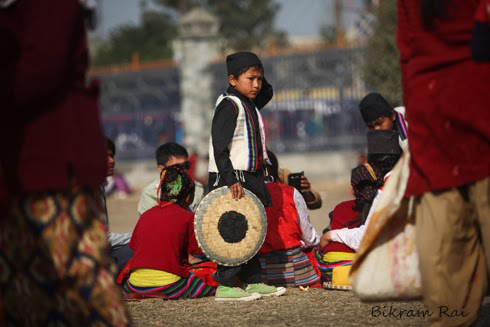 In reality, the festivities of Losar carry on for about a week in Nepal, while the Tibetan Losar is a 15-day affair. Talking about Sonam Losar, specifically, it is great day of joy for the Tamang community, one of the biggest ethnic groups in Nepal. They are culturally very interesting and are widespread across the length and breadth of the country, with their presence being predominant in the districts of Kavrepalanchok, Sindhupalchok, Sindhuli, Nuwakot, Ramechhap Dhading, Rasuwa, Makwanpur, and Dolakha. You’ll also find them in large numbers in places like Sikkim, Darjeeling, Kalimpong, Dooars, etc. in India. They have a hierarchy of societal leaders, namely, Lama, Bonbo, Tamba, Ganba, Labonbo, and Choho, each of whom has a particular role in the distinct Tamang culture.

If you are interested in meeting them in their heartland and experiencing their lifestyle, then a trek on the Tamang Heritage Trail is what you should be doing. The route goes between Langtang (3,500 m) and Ganesh Himal (7,429 m), and begins from Syabu Besi (a 7-8 h drive from Kathmandu). It’s a moderately-challenging trek through small villages, terraced paddy fields, and lovely valleys; March-April is when rhododendrons come out in full bloom. You’ll find the Tamang culture similar to Tibetan culture in many ways.

Now, coming to the New Year celebrations of this culturally rich community, Sonam Losar begin on the last day of 12th month of the year, when homes and communities are swept thoroughly, cleaned, and made spick and span. This is to create a suitable environment to welcome one more New Year. New dresses are the norm, along with decorations for the house, so it’s a good time for business – for shopkeepers. Most people decorate their doors and windows with colorful papers and cloth imprinted with quotes depicting happiness, good fortune, wealth, longevity, and so on. And, of course, can any festival be complete without feasts? Families and relatives have get-togethers to partake of lovingly made meals. Pigs, chicken, ducks, sweet delicacies, and so on are the order of the day. Similarly, music too is an integral part of Losar, and there will be plenty of folks around to sing the famous Tamang Selo—songs of humor and wit and joy and sorrow—accompanied by rhythmic beats of a small round drum known as a damphu. 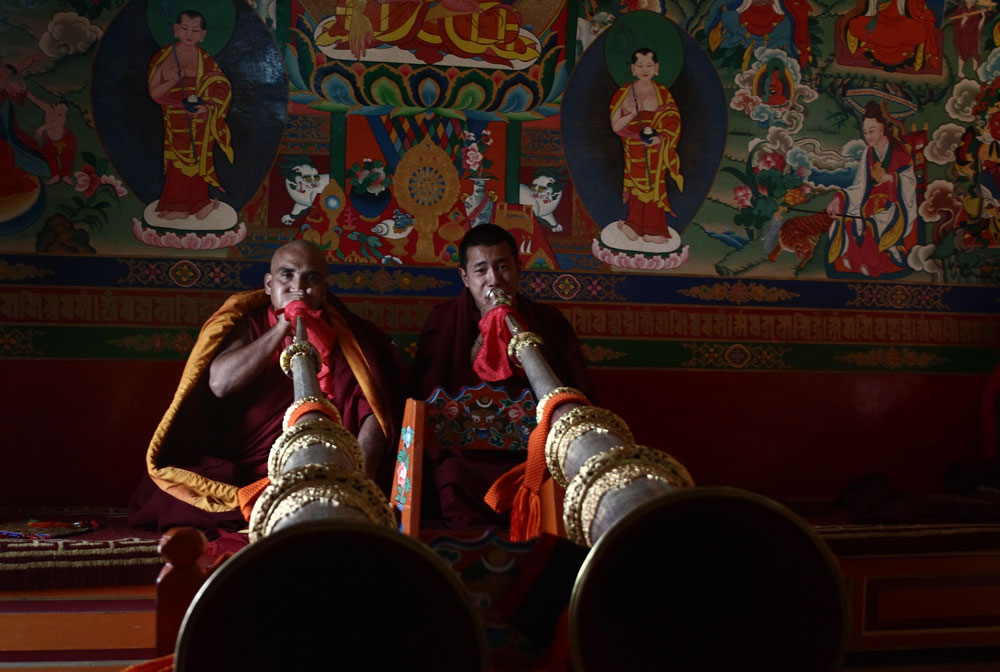 The monasteries, of course, are a focal point. Since Losar is a celebration of people of the Buddhist faith, people flock to monasteries nearby to offer their prayers, and some monasteries organize special dances by masked-dancers to get rid of all negative forces. In Kathmandu, Sonam Losar is celebrated as a public spectacle in Tundikhel. The capital has large numbers of Tamangs, and many more continue to migrate from adjoining districts, which means that the crowd is really huge during Sonam Losar in Kathmandu. It’s more of a cultural fest, with men and women in their colorful traditional dresses (the women adorned with ethnic jewelry), food stalls serving Tamang cuisine, song and dance performances, etc. It’s a festival worth attending, and it’s one that has a history going back thousands of years, this year’s Sonam Losar will be the 2850th New Year so celebrated. That’s going back a long time, you’ll agree!