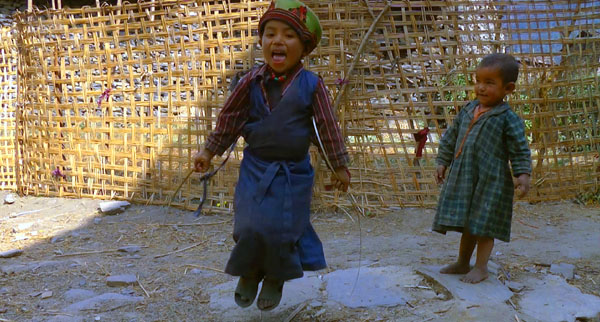 The Tamang Heritage Trail, which goes through a route between Langtang (3,500 m) and Ganesh Himal (7,429 m), gives you an excellent opportunity to experience the lifestyle and culture of this community.

Among the hundreds of ethnicities of Nepal, the Tamangs are one of the largest groups (about 6% of the population). They are also one of the most culturally interesting communities. Widespread throughout the country, they are predominant in Dhading, Rasuwa, Makwanpur, Kavrepalanchok, Sindhupalchok, Dolakha, Sindhuli, Nuwakot, and Ramechhap districts. There is a significant number of Tamangs in Darjeeling, Kalimpong, Dooars, Dharamsala, Dehradun, and Sikkim in India. They have six types of societal leaders: Tamba, Ganba, Bonbo, Labonbo, Lama, and Choho, all of which has a certain role to play in upholding the distinct Tamang culture.

This trail is easy to reach from the capital; you drive north to Syabu Besi (about 7-8 hrs), passing through Trisuli Bazaar on the way, where there’s a hydropower dam situated. At Syabu Besi, you camp for the night and start your trek early morning the next day. You can look forward to a moderately relaxing hike through some really breathtaking scenery which includes terraced paddy fields, charming villages, and serene valleys. If you go in March-April, you will be treated to the sight of rhododendron flowers (the national flower) in full bloom. The traditions of the region are pretty much steeped in Tibetan culture; in fact, many of the inhabitants of this area have migrated from Tibet and many have changed their surname to that of Tamang. 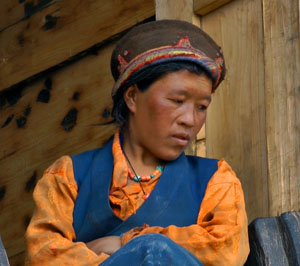 From Syabu Besi, you climb uphill for three to four hours. The view gets better and better, and now you’ll be able to see Ganesh Himal, Langtang Lirung (7,225 m), and the Gosainkunda range (4,300 m). Feast your eyes on this because now it’s all downhill now to the Goljang valley (about an hour’s walk) where you stop for a much-needed lunch. Then onwards, the route goes through a couple of villages, and on the way, you’ll see a lot of Buddhist chortens and mani walls before reaching a lovely village called Gatlang (2,238 m) that’s situated high on a hillside. The whole hike takes about five hours.

The next day, you set off for Tatopani (2,670 m) which is famed for its hot spring water pools. First, you walk downhill to Thangbuche, near Chilime village, which is located on the banks of the Bhotekosi River. There’s a hydropower dam here as well. Now you walk uphill, crossing a suspension bridge on the way. In addition to more spectacular scenery, you’ll also get lovely views of the Langtang range and Ganesh Himal. Tatopani, as said before, is famous for its hot spring water pools, so obviously, you have to stop here for the night. Wouldn’t want to miss out soaking yourself in these pools, would you?  Anyway, you’ve already walked for some six hours, so it’s time to rest and recuperate. 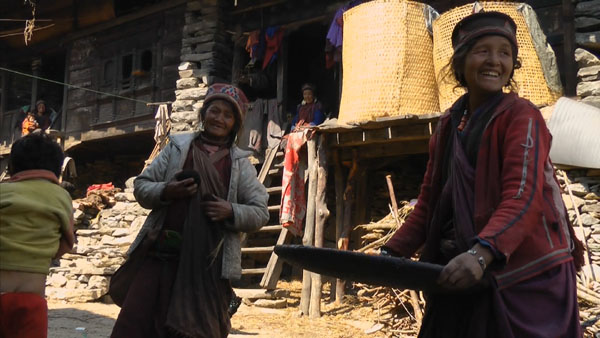 Having indulged in a magnificent spa, you now trek to Thuman (2,338 m) the next morning. It’s going to be a pretty long day, with you walking for some eight hours straight. Initially, the walk is downhill to Nagthali, from where you ascend to Nagthali Danda, a peak at 3,165 meters. The panoramic view of Langtang Lirung, Kerung, Ganesh Himal, and Sanjen ranges from this spot is something that will make your ascent truly worthwhile. Having had your fill of this beautiful sight, you now go down to Thuman village; you’ll probably see a lot of grey langur monkeys on the way. The next day’s trek is much easier on the legs, going as it does through mostly flat trails. The first stopping point is Timure village, which, like many other villages in the area, are located on the old trade routes with Tibet. You have a hearty lunch here; taste more of the nutritious Tamang cuisine. After having rejuvenated yourself, you walk towards Rasuwa Gadhi, right on the border with Tibet. There’s a suspension bridge linking Nepal and Tibet. The next part of the trek is to Briddim (2,239 m), a walk of about six hours. This picturesque village is situated at the base of the Langtang Himal (6,571 m). One thing you’ll notice is that the forty or so stone houses of this village are built in such a way as to form a rough ‘Z’ shape. Take a long rest at Briddim, you deserve it; visit also some of the interesting monasteries here. Next day, follow the Bhotekosi River to Syabu Besi (4-5 hrs walk) from where you drive back to Kathmandu.