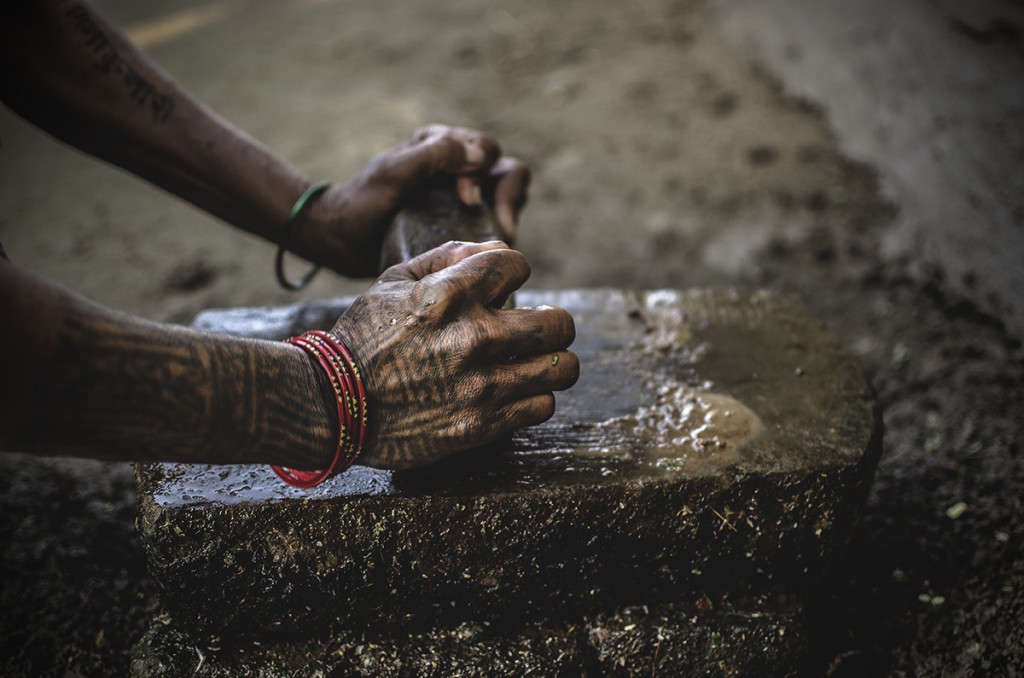 From the medieval period to this Facebook world, tattoo has always been linked into the human skin. Indigenous of New Zealand used shark teeth, whereas natives from other continents would use sharp bones to penetrate the ink inside the body. This indicates two things: Tattooing is as old as paintings and it is a painful process, yet many people do volunteer for it. Several motives might be the encouragement to the practice of tattoo, such as attraction, to enhance the beauty, sign of identification, hidden messages, or to scare off the evil spirits.

In Nepal, indigenous Tharu are culturally scheduled to exercise tattooing. Tattooing, known as leela in Tharu, is practiced by both men and women. Comparatively to men, women are more covered up by tattoos. It is also one of the channels to exhibit the beauty of feminine. However, with passing years, just the elderly women seem to be heavily tattooed.

Tharu Community Homestay in Chitwan welcomed us in a very typical Tharu manner, and from the entire community. It is a community-based business, which gives your soul satisfaction that somehow your vacation payments are recycled into charity. More than vacation, we were in Chitwan to explore the beauty of nature and to experience the Tharu culture as close as we could.

Tharu tribe is full of art and colours and perhaps this obsession encouraged them to practice tattooism and to take their art after the life. I met with one of the oldest Tharu ladies of the town where I was staying. She was a shy woman but every time she laughed on my not-so-funny jokes, she would cover up her face showing her beautiful hand-tattoos. On my query that what could be the reasons behind to put on tattoos, she replied that it was a centuries old tradition and tattoo would reserve her place in heaven. When she was a kid, older women used to tell her stories that to enter the heaven, one must have tattoo or else one would rather send into the hell and lashed with thorny branches.

She added that it wasn’t not only for heaven but tattoos were done for various reasons. If someone was suffering from continuous pain in any part of the body then tattoo must be made upon it. This would let the dirty blood out and led to the relief from pain. Another belief is to cure the bareness, a woman must have tattoo on her chest. She said that it was a magical power and she had witnessed by herself that many women were able to give birth after having tattoo. 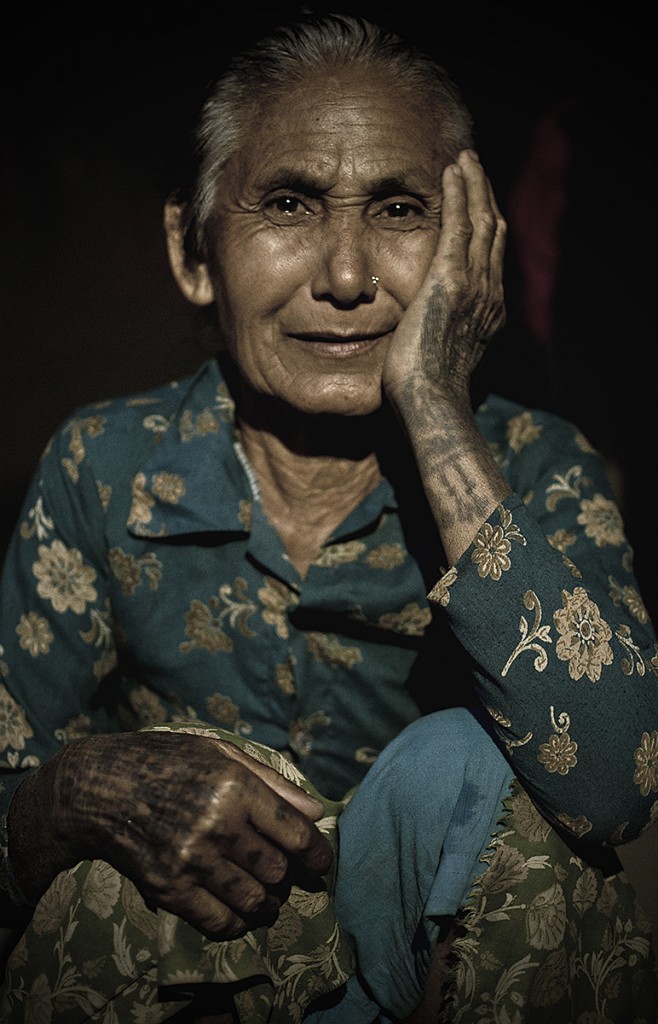 Though she really don’t remember her actual age when she was first tattooed but, traditionally, women after the age of 13 volunteer for the tattoo. Older woman mostly does the tattoo, gudhni is a term given to the professional tattooer in Tharu language.

Tattoos are inked in different patterns. Some women are seen with various icons like, cooking pot, snake, wood, temple, heart or even names of god. Some believe that these patterns have hidden symbol but some are just patterned to look beautiful. Shy lady told me that when she was kid, many young ladies would pot dots on their cheeks, forehead, or even in their entire face merely to multiply their beauty but now a days young generation would feel shame and deny to put tattoo anywhere.

It was a genuine moan from her because losing one of the best assets of the culture is certainly a heart-breaking issue. And when I asked one young Tharu lady that why youngsters were denying for tattoo, she replied that people from out of the Tharu tribes, city folks especially, would make fun of their body paintings, which discouraged them to have any of them. Her excuse was also understandable but how I wish this tattoo-tradition would go on forever. I just wish that in coming years, people could see this centuries old tradition into the skin rather than just being a chapter or a pictorial matter in some history books.