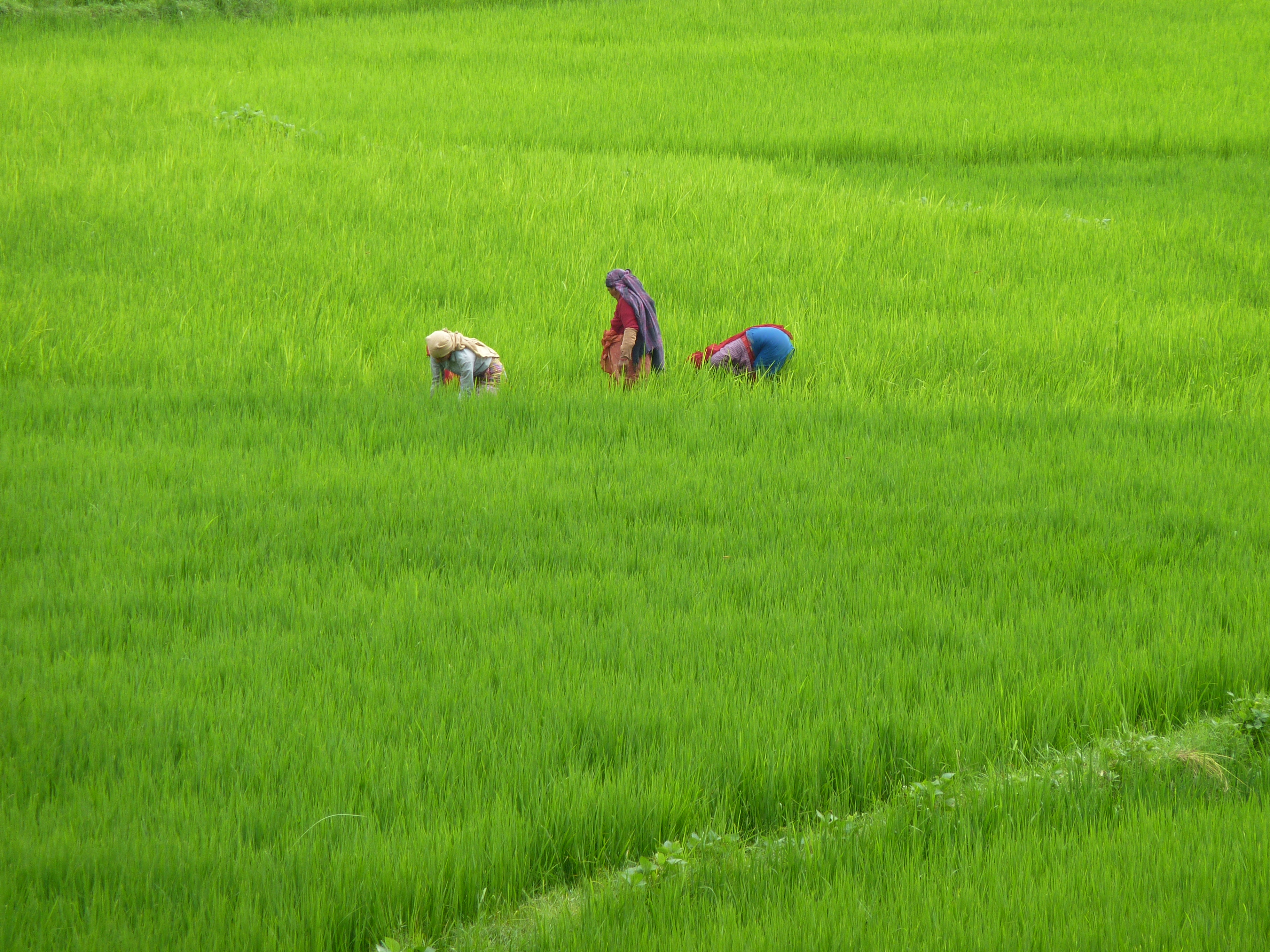 Rice Plantation Day – 29th June 2016
A Festival for Rice planting – is the day of a climax of rice planting. Ropain Festival, also known as Asar 15, is celebrated mostly by farmers from all regions of Nepal – to mark the day of planting new seedlings of rice crop of the year. 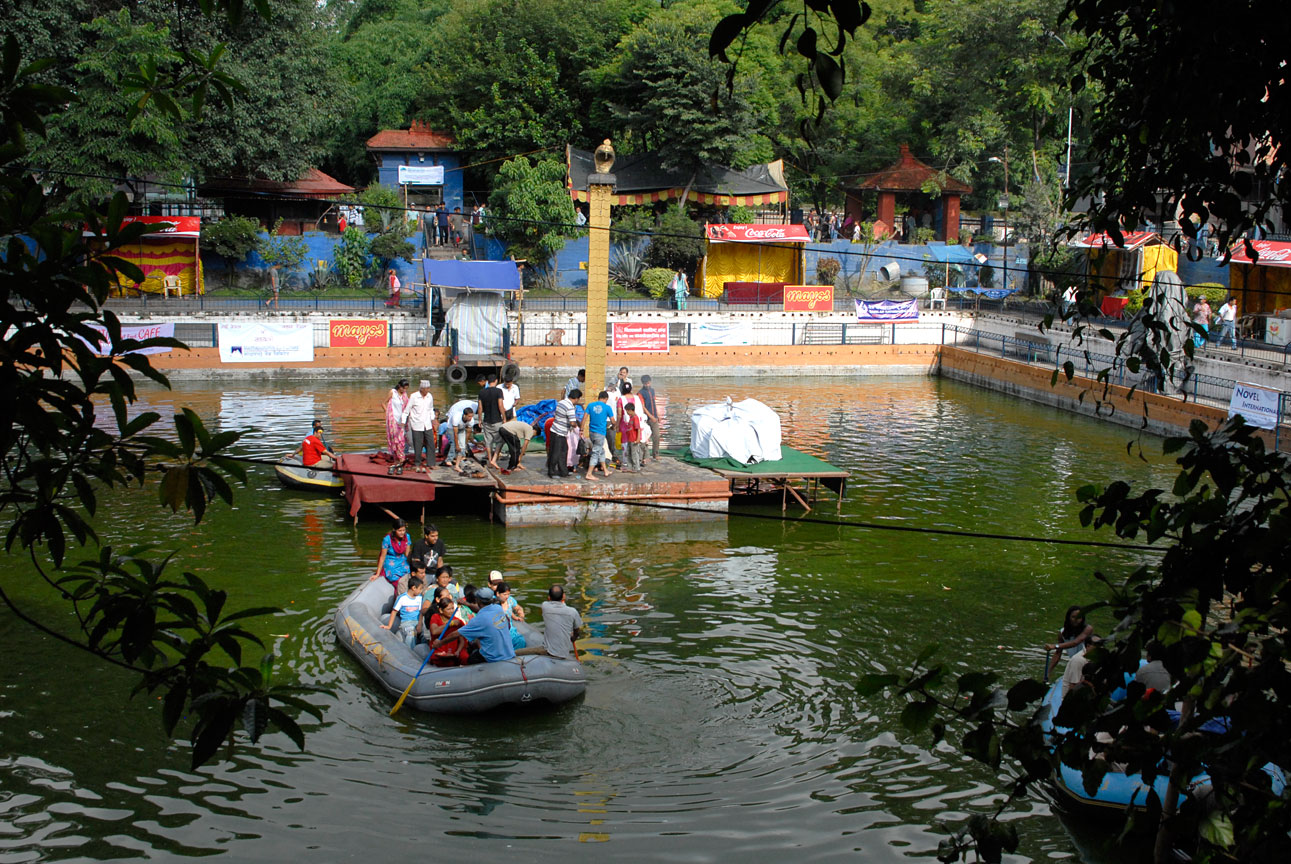 Naag Panchami – 7th August 2016
It is said that Kathmandu valley once used to be a big lake. Naag (snakes) became extremely angry against humans when we drained the lake to make it habitable. To protect themselves against the anger of the Nagas, the people of Kathmandu gave them certain areas as pilgrimage destinations and promised to worship them on this day, returning a harmony in nature. This has been continued till now, and on 7th August 2016, we will celebrate this festival with gusto. 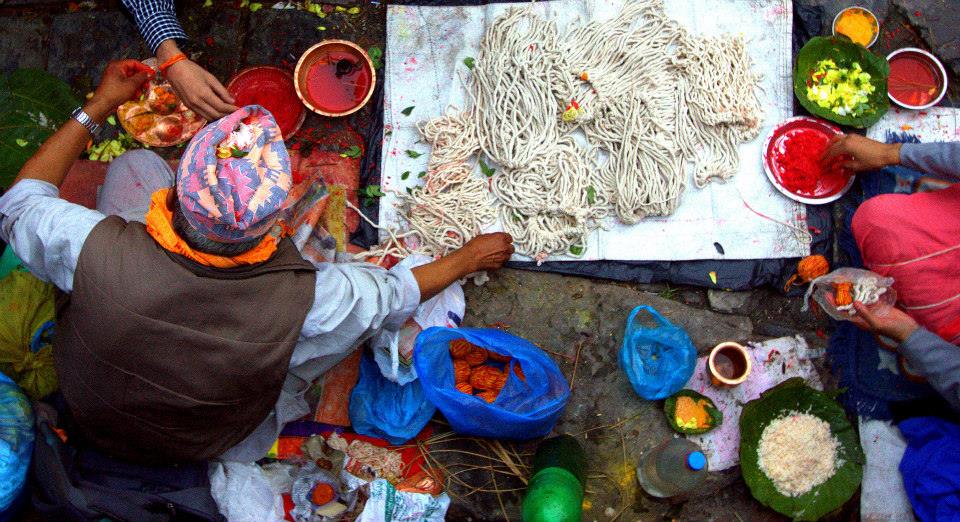 Janai Purnima – 18th August 2016
Janai Purnima is Sacred Thread Festival. On this day, Hindu men, especially the Brahmins and Chettris perform their annual change of Janai and all who celebrates this festival put a sacred thread around their wrist. Gosaikunda, the sacred pond in high altitude, witnesses the great celebration on this day. 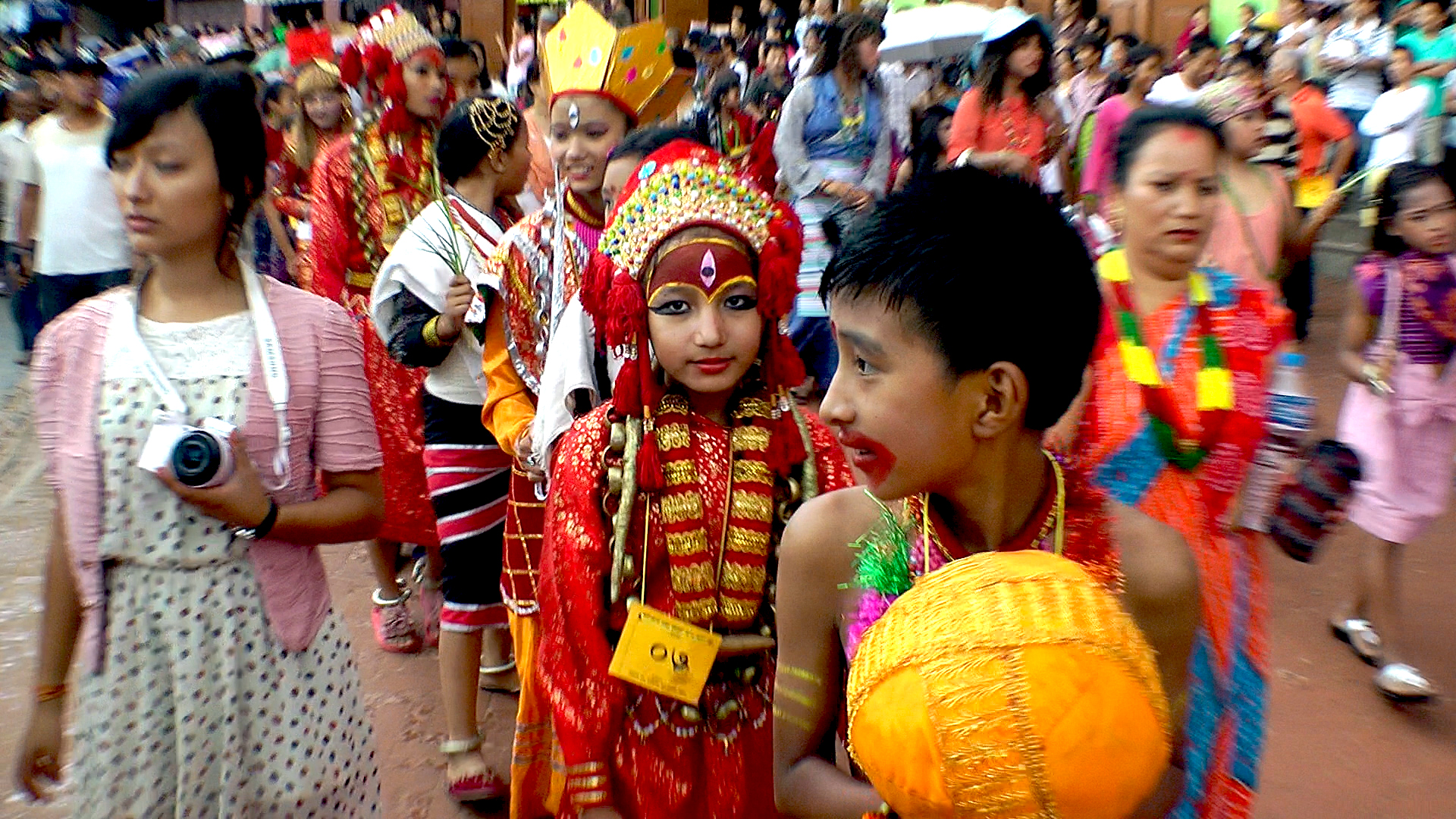 Gai Jatra – 19th August 2016
The festival’s name is Gai Jatra (literally meaning the festival of cows) and nowadays it is a fusion of three traditions that came into being in three different periods of time. The first and the oldest tradition incorporates a cult and a worship of the ancient god of death – Yamaraj. Thus, the festival marks the acceptance and celebration of death in a positive way, as an inevitable part of life. Every family who has lost a member, in the previous year, is supposed to lead a carefully and intricately decorated cow through the city. In the absence of a cow, a boy dressed as a cow (the oldest for a male member lost and the younger for a female) can successfully take on the role. 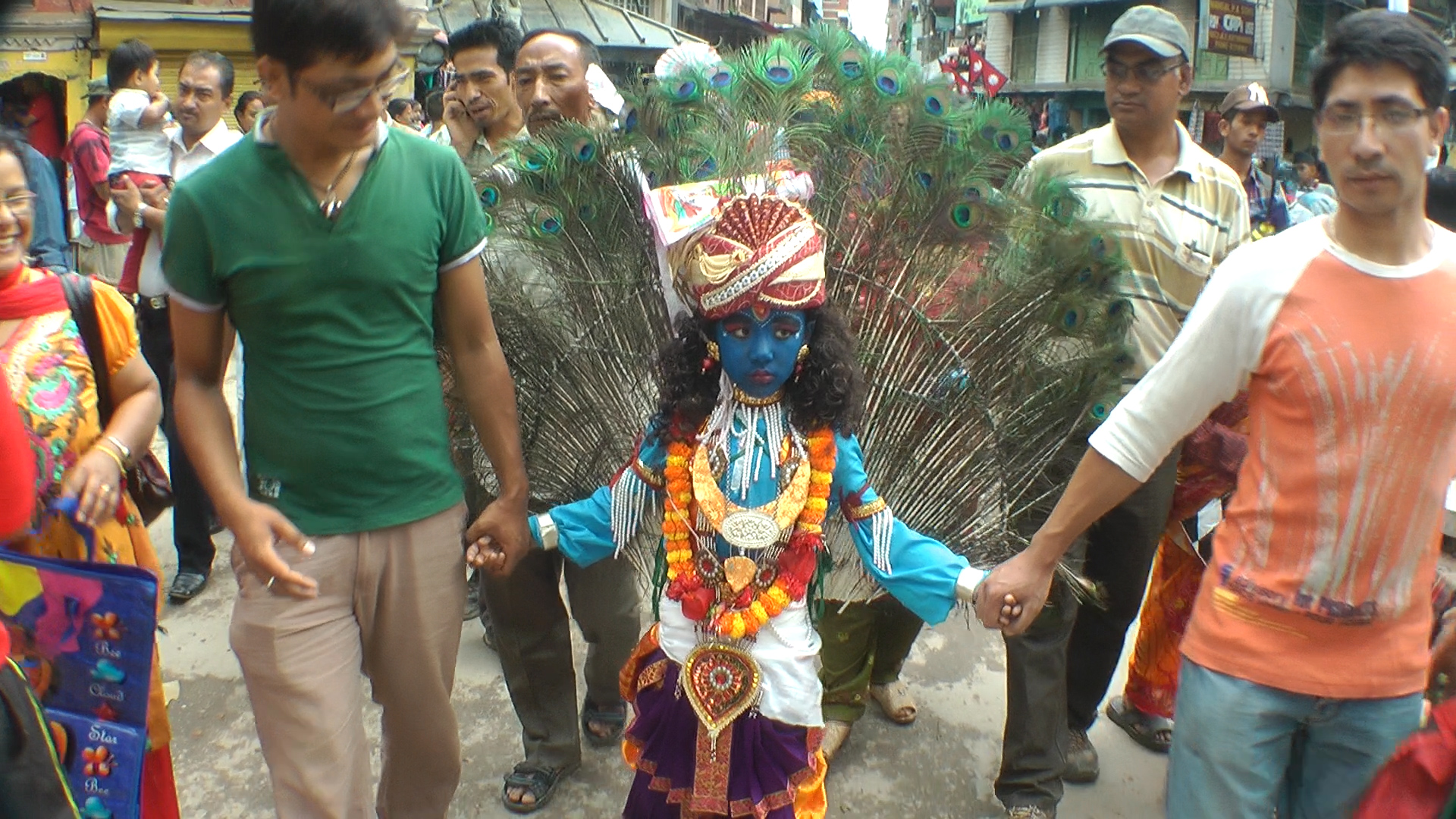 Krishna Janmashtami – 25th August 2016
This day celebrates the birth of the Hindu Lord, Krishna. the most colorful lord according to Vedas. On this day, the Krishna Temple of Patan, built in 1637 A.D, becomes as colorful and beautiful as one of his Hindu brides. 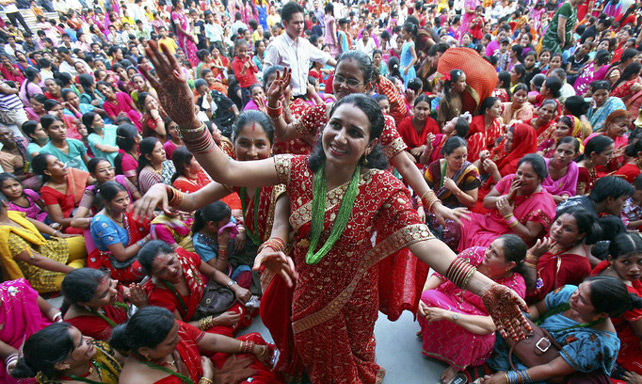 Teej Festival – 4th September 2016
Teej is a festival celebrated by Nepali women, for the long life of her husband and a long and firm relationship between them until the death this life and all the lives to come. Teej is observed for marital happiness, the well-being of spouse and children and purification of own body and soul. Teej is the most famous festival among Nepali women. 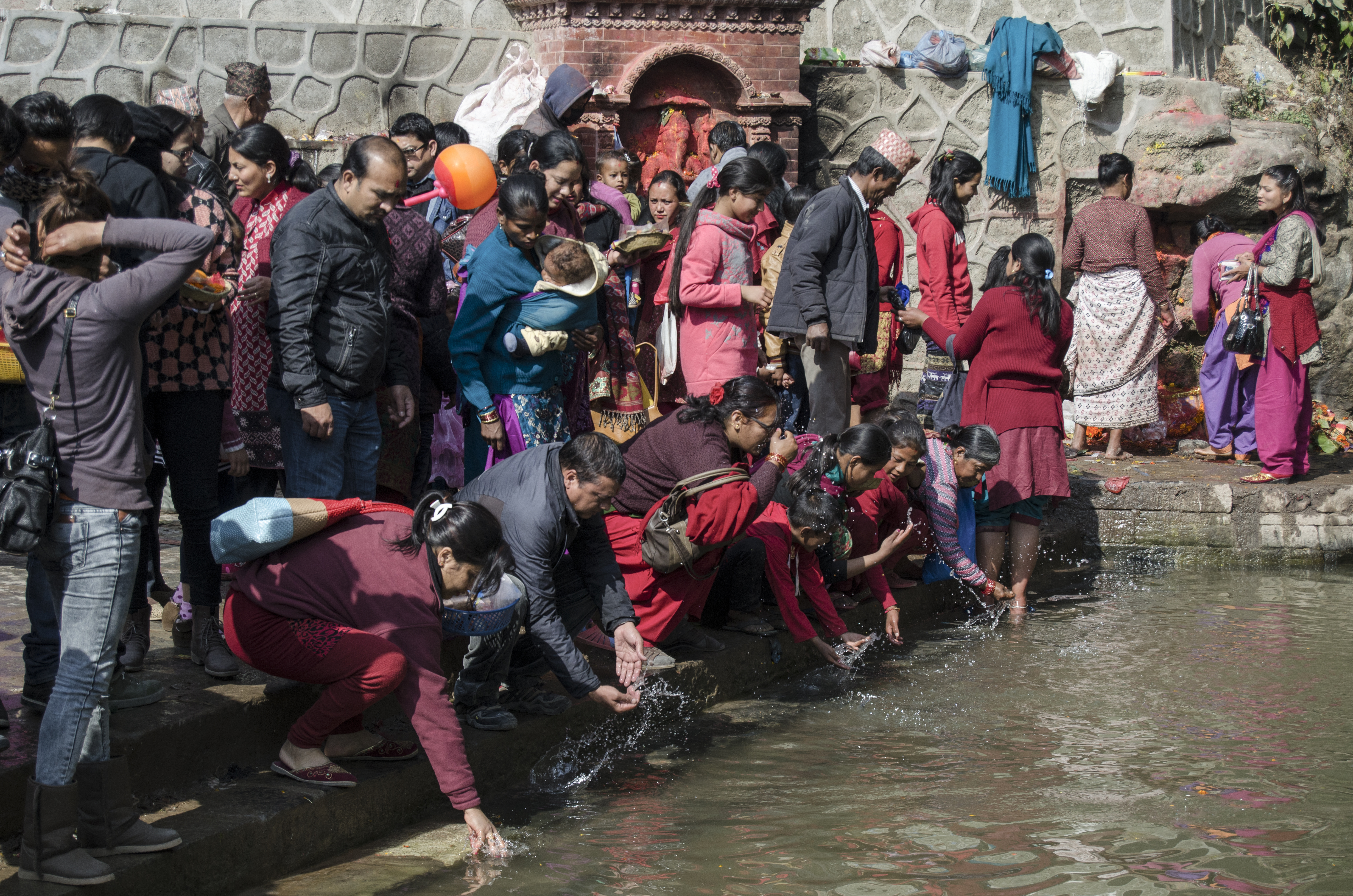 Rishi Panchami – 6th September 2016
Rishi Panchami is a festival that is celebrated immediately after Teej Puja. Hindu women attach undue importance to this festival of Rishi Panchami because they believe that by observing Rishi
Panchmi fast and by paying homage to Rishis (Saints) on this day of the festival, they will be blessed and forgiven for all their sins that they are bound to commit during their menstrual cycle by not following the strictures laid down for them by their religion. Indra Jatra – 17th September 2016
Indra is the lord of rain and the god of heaven. The festival honors Bhairab, a manifestation of Shiva, who is believed to destroy evil. Indra Jatra is celebrated by masked dances of deities and demons, and of displays of sacred images and tableaus in honor of the deity Indra, the king of heaven. During the Indra Jatra festival, there is the Kumari Jatra, the chariot procession of the living goddess, Kumari. 1 Oct – Dashain | 28 Oct – Tihar 2016
Dashain and Tihar are the, two most important national Hindu festivals of Nepal when the majority of the population of Nepal celebrate with the great enthusiasm. Both festivals have a history of the victory over darkness. Dashain and Tihar are about worshipping goddesses. At Dashain, Durga (the national goddess of the army) and her various forms are worshiped to protect us from evil spirits. Tihar is about worshipping Laxmi, goddess of wealth, in order to bless us. Chaat – 6 November 2016
This is dedicated to Chhatti Mai (Goddess of Power) and is a festival held in high esteem by the people in the Terai mostly. The festival is exclusively observed by women who worship the rising sun while immersed in knee deep water of sacred rivers or ponds. Biabaha Panchami – 4th December 2016
Sita Bibaha Panchami is the auspicious day when princesses of Janakpurdham Sita married the prince of Ayodhya Ram Chandra.
Sita was the daughter of king Janak of Janakpur. She is also known as a daughter of earth. Ram was a son of King Dasharath of Ayodhya. Sita and Ram married on Marga Sukla Panchami. Therefore, Marga Sukla Panchami is called Bibaha Panchami. The marriage anniversary of Lord Ram Chandra and Sita is celebrated at Janaki Mandir in Janakpurdham. The temple is filled with thousands of people from all across Nepal and India. Udhauli Festival – 13th December 2016
Udhauli is the annual festival celebrated by Kirat community of eastern Nepal marking the migration of animals and birds downwards to low altitude towards warmer regions as the winter hits their homeland.
Every year on the Marga Sukla Purnima, there falls Udhauli Parva or Festival of Kirats and Yomari Punhi of Newars. Along with these two, the jyapus in the country has also declare the day as the “Jyapu Day“.
Udhauli festival is celebrated by all Kirati people, the first clan to rule the entire Nepal. It is believed that from this day the winter season starts. So, people, birds, and animal migrate from cold regions to warmer regions. This kind of migration occurs twice in a year. The celebration of migrating downwards during this season is called “Udhauli ” and the celebration of migrating upwards during the season of Baisakh (April or May) is called Ubhauli. Lhosar: 30 Dec-Tamu | 28 Jan-Sonam | 2 Feb-Gyalpo
Lhosar is mainly celebrated by Tamu (Gurung), Tamang and Sherpa communities as well as Tibetans. Lhosar is the first day of a new year, and each community celebrates it in their own style. known as Tola Lhosar to Tamus, Tamangs and Sherpas celebrate Sonam Lhosar and Gyalpo Lhosar respectively.