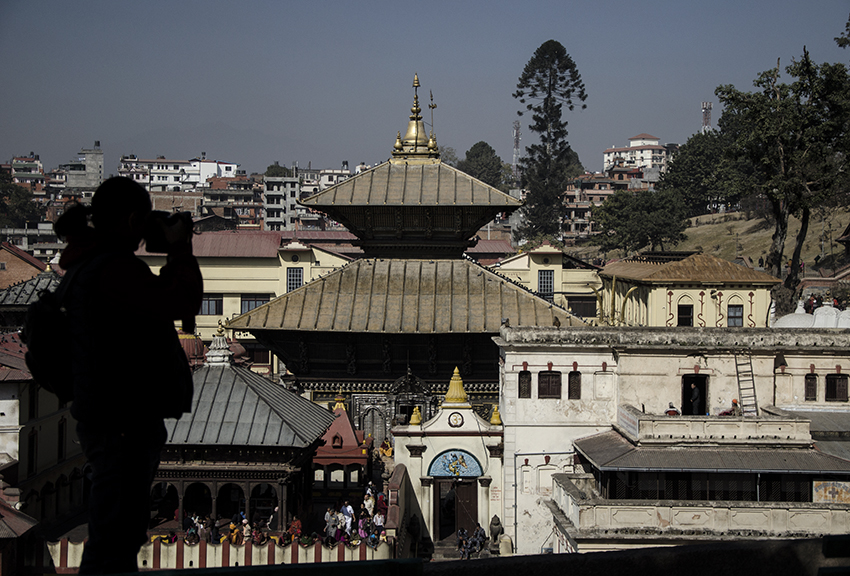 Pashupatinath Temple at the background.

World Heritage Day, also known as the International Day for Monuments and Sites, is celebrated on April 18 every year to raise awareness about the importance of conserving sites of outstanding cultural and natural significance to the common heritage of humanity. Realizing this very fact, it was on November 16, 1972, that UNESCO adopted the Convention concerning the Protection of the World Cultural and Natural Heritage, and till date, more than 1000 cultural and natural sites around the globe have been listed as World Heritage Sites. World Heritage Sites of Nepal are splendid examples of man’s endeavors in the fields of art, architecture, culture, and protection of natural wonders. And, it would be a good idea to pay them a visit on World Heritage Day. 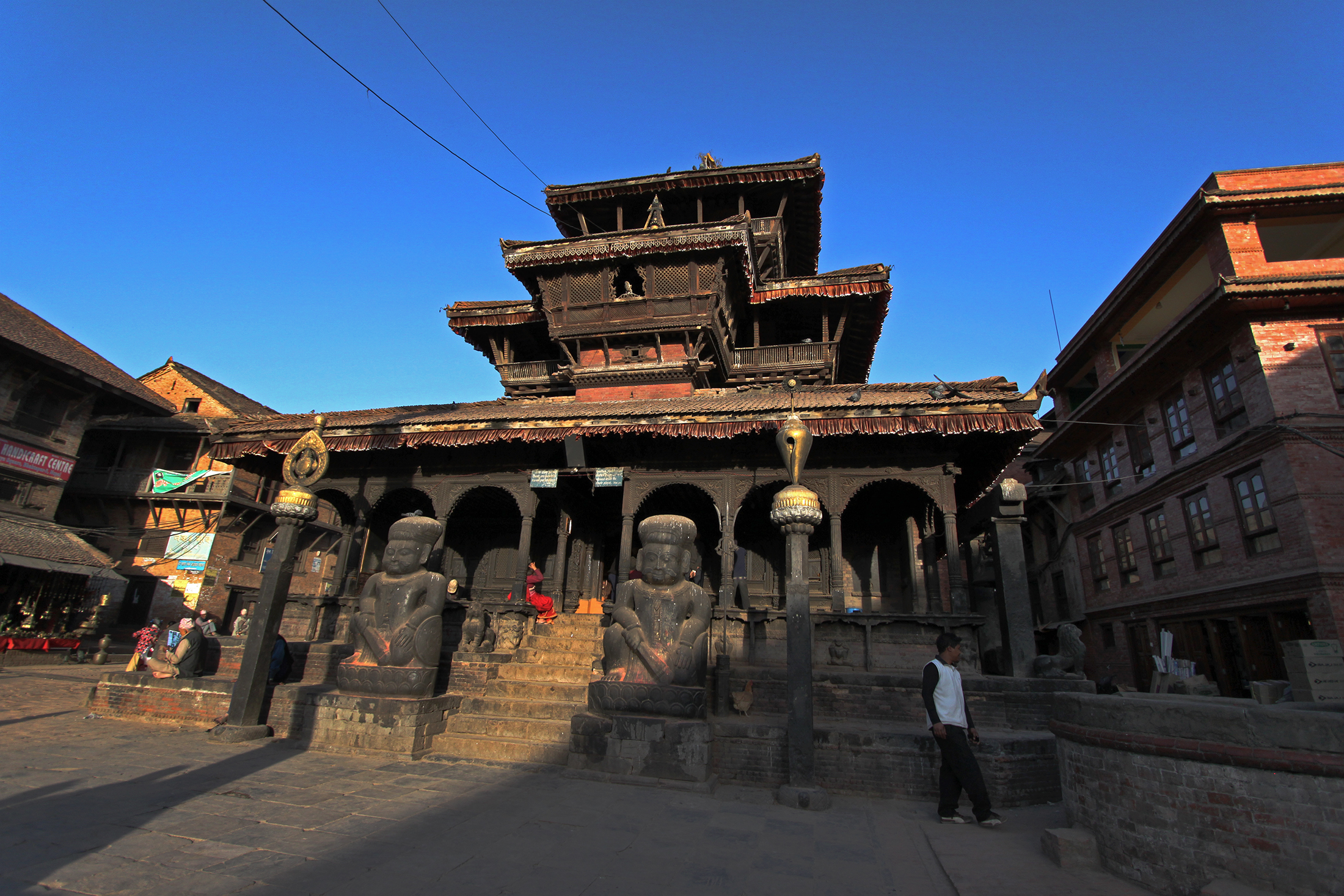 In 1979, Kathmandu Valley was inscribed as a World Heritage Site on the basis of seven groups of outstanding cultural monuments (monument zones). These are: Kathmandu Durbar Square, Pashupatinath Temple, Boudhanath Stupa, and Swayambunath Stupa in Kathmandu; Patan Durbar Square in Lalitpur; and Bhaktapur Durbar Square and Changunarayan Temple in Bhaktapur.

The three Durbar Squares of Kathmandu, Bhaktapur, and Lalitpur are fine examples of why the Kathmandu valley is often referred to as a ‘living museum’. Although the three squares are full of palaces, temples, and monuments, and obviously prime tourist attractions, they are still part and parcel of the everyday life of a large number of Nepalis. Sitting on the steps of the tiered temples there on a lazy sunny afternoon is a great pastime of many locals as well as tourists. You’ll literally see the world pass by, with so many visitors from so many countries walking around, gazing at the historic monuments and shrines in wonder.

Similarly, a visit to the two great stupas, Swoyambhunath and Boudhanath, is a travel back in time, with monks dressed in their distinctive Buddhist robes continuously chanting prayers while turning their prayer wheels all over the premises. The sight of numerous butter lamps glowing bright inside the stupas, and the strong smell of burning incense is the air will further serve to transport you to a different era. As for the two magnificent temples, Pashupatinath and Changunarayan, they hold great significance in all Hindus’ lives. It is the wish of every Hindu to be cremated in the funeral ghats of Pashupatinath, and it is also the center of some of the biggest Hindu festivals such as Maha Shivaratri and Teej. Changunarayan is one of the most ancient of all temples in Nepal, and has immense historical significance. 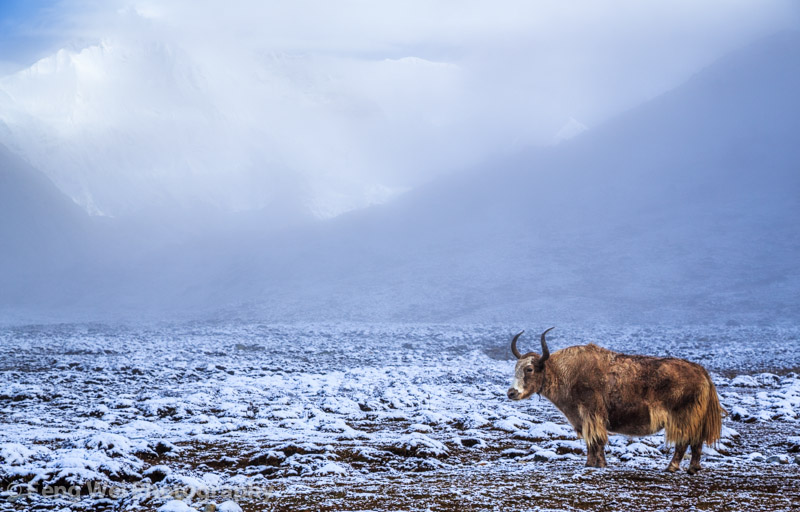 It was also in 1979 that Sagarmatha National Park (est. July 19, 1976), was designated as a World Heritage Site in the natural category. Located in Solukhumbu district of Sagarmatha Zone at a height of 3,000 meters above sea level, it is the highest national park in the world. The park occupies some 1,148 sq km in area, with the landscape mostly rugged terrain and gorges. The backdrop is spectacular, consisting of magnificent Himalayan peaks such as Mount Everest, Lhotse, Ama Dablam, Cho Oyu, Pumori, Thamerku, etc. They are among the tallest peaks in the world, with Mount Everest of course being the highest. The wildlife here is exotic, and includes red panda, snow leopard, wild yak, Himalayan black bear, etc. More than 112 bird species can also be sighted in the park, and includes the monal pheasant (danfe), which is the national bird of Nepal. For butterfly lovers, you get to see some 26 species. Flora consists of birch, juniper, and silver fir trees at heights above 3, 500 meters, along with pine, and at lower altitudes, hemlock forests. 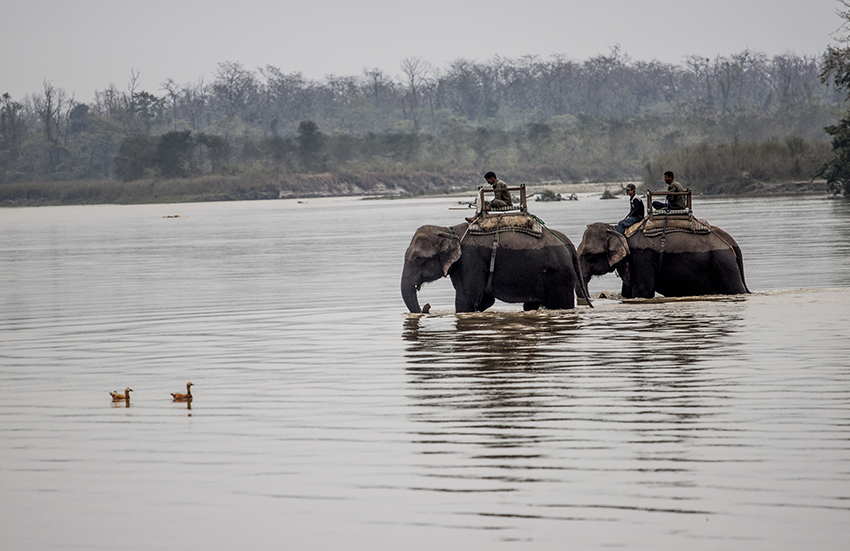 In 1984, again under the natural category, Chitwan National Park (then known as Royal Chitwan National Park) in Chitwan district of central Nepal was also designated a World Heritage Site. This park is famous for some rare and endangered wildlife, particularly the one-horned rhinoceros, the royal Bengal tiger, and the snout-nosed gharial, as also for its many world class resorts. It should be noted here, though, that since a few years back, all resorts within the park have had to shift outside along the periphery, as resorts within the park were banned. Chitwan is some 120 km away from the capital, and is easy to reach by road. It is spread over about 932 sq km and is home to a diverse range of wildlife, viz. 43 species of mammals, 450 species of birds, and 45 kinds of amphibians and reptiles. The park also has size-able populations of four-horned antelope, common leopard, elephant, striped hyena, pangolin, mugger crocodile, etc., and it is a birdwatcher’s delight, with species like giant hornbill, black and white storks, heron, kingfisher Bengal florican, lesser florican, pea fowls, egret, flycatcher, woodpecker, red jungle fowls, etc. 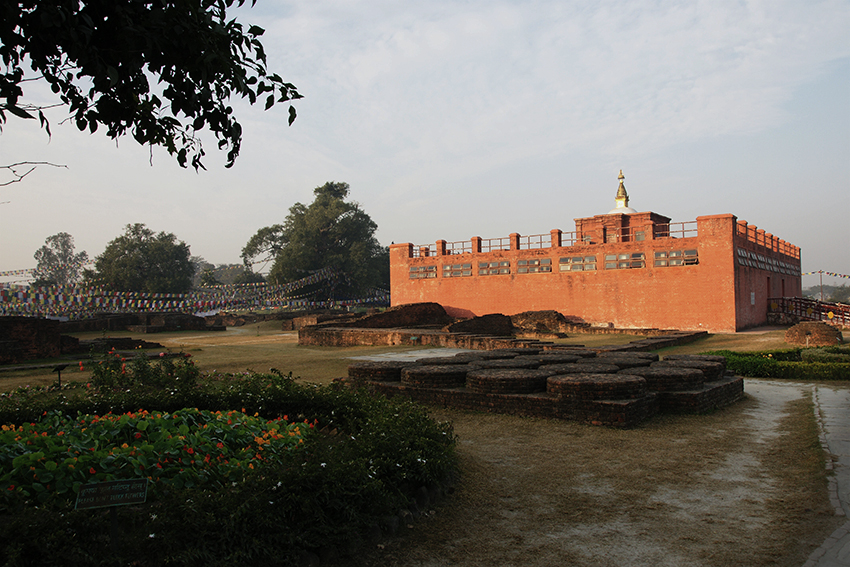 In 1997, Lumbini in Kapilvastu of Rupandehi district in southern Nepal was inscribed as a World Heritage Site. This was where Lord Gautam Buddha was born to Queen Maydevi, and it is believed that he spent the first 29 years (around 563 to 483 BCE) of his life here. The focal point of Lumbini is the Mayadevi Temple with its stone image of the Queen giving birth to Siddhartha, the name of Lord Gautam Buddha before he became the ‘Enlightened One’, or, the Buddha. Close by is the pond where the infant had his first bath, and where the queen also took the ritual bath before giving birth. It is known as Pushkarni Pond. Another important relic at the site is the pillar erected by Emperor Ashoka of India, on which is an inscription stating the site to be the birthplace of the Buddha. This pillar is known as the Ashoka Sthamba. The sacred site was developed as the Lumbini Development Trust and its master plan was made by famed Japanese architect Kenzo Tange. There are three zones at the site: the Sacred Garden Zone, the Monastic Zone, and the Educational and Culture Zone. There are numerous beautiful monasteries built by Buddhists of different sects from around the world in the Monastic Zone.