With Hanna I checked two hotels in order to see if they would fit travelers from Finland, send here by Mandala Travel, which is a tour operator from Helsinki, specialized in adventure travel.

Park Village Resort & Spa, and Gokorna Forest Resort – what I heard is a nice places to stay in, and it lived up to its rumor. 5 star hotels in an American style with many recreational options to choose like: Hiking, Trekking, Biking, Canyoning and Motorbiking. Gokorna forest Resort even had an 18 holes Golf course. You will definitely not get bored staying here.

To become and to fulfill the characteristics of tour guide sounds more simple than it is.The two groups from Mandala Travel were supposed to get received at the Airport. So Hanna, this groups tour leader, and I went to the Airport to meet them. A first opportunity to learn the tour guides skills.

The tasks of a tour guide include:

So far so good, and fairly simple right……. Well it was not.

Arriving at the airport, we found out their respective flights were delayed. Nothing we could do about it but when people were getting of the plane, were tired and not amused, and some were even angry.

Next day, I took my group for sightseeing around Kathmandu and its surroundings. Our first stop was in Bhaktapur Durbar Square. There are 3 Durbar squares in the Kathmandu Valley: the one just mentioned, one in Patan and one in Kathmandu itself. Religious and sacred places with lots of traditional temples.

Second stop: Swayambunath Temple, which is also locally and internationally renowned as the Monkey Temple. Build on top of what we would think as mountain, but in Nepal it’s just another hill. Everything with an altitude of less then 4000 meters is called a hill. The real Mountains are the ones that reach to 8848 mt (Everest)

On top of this hill you will encounter a beautiful stupa. People revolve around the stupa, humming prayers using the prayer wheels. Walking up, I realised that why people would call this stupa the monkey temple. Lots of monkeys pretend to own this temple, and you will find them everywhere. But I was also wondering for the next excursion and where it will take me.

But first, it’s the time for the Gym! We, my room-mate and I together with 4 Nepali colleagues joined a local gym. Nothing Hi-tech, let’s say, but very basic that cost us just € 15 a month and it’s definitely keeping me in shape.

Now let me tell you about my food adventures. Phew….. I have tasted a lot of very local dishes in this week from Buff Chilly, Kukhura Chilly (spicy chicken) to Nepalese Pizza, Chatamari is its local name and trust me it is one kind of a tasty dish, and a funny type of dried rice, which looked like cornflakes. Rather being happy at last week thinking that my stomach could handle the local food….but this week, my stomach was ready for the drama. Dry rice gave me a bad stomachache, so bad that I could not even get up and work, but I turned my bathroom into my local office because that is place where I spent rest of my few days.

April 1 and no, this time no jokes. My brother sent me message that I had become an uncle of a beautiful and healthy baby girl!. I couldn’t wait to go back home to see our new family member. I even got few pictures of the child. But that wouldn’t be as same as holding it. I can truly say that I was very really proud to be uncle. Congratulation to the whole family!

In Kathmandu, I can see the peak tourist season is starting. More and more tourists are rolling through the small streets of Thamel. Temperatures rises up and in the office its getting warmer, too. High season has begun.

For old times sake (haha being here just over a week) we went purple Haze again at Friday night. Wandering at Reggae Bar and Reef and the nepali guys, which my roommate introduced me, too was a perfect night out again.

The Saturday evening, we decided to take it slow and we were invited to Bricks Cafe, which is owned by our boss. Bricks Cafe is a very old and traditional building converted in a very nice and cosy restaurant and bar. My roommate unexpectedly met a dutch couple whom he had met 7 years ago. They run a restaurant in Lhasa -Tibet, and they were here for the season. After few drinks, nice food and lots of laughs later I was ready to go to sleep. It was a hectic week with lots of new experiences.

I wonder what week 3 will bring me. 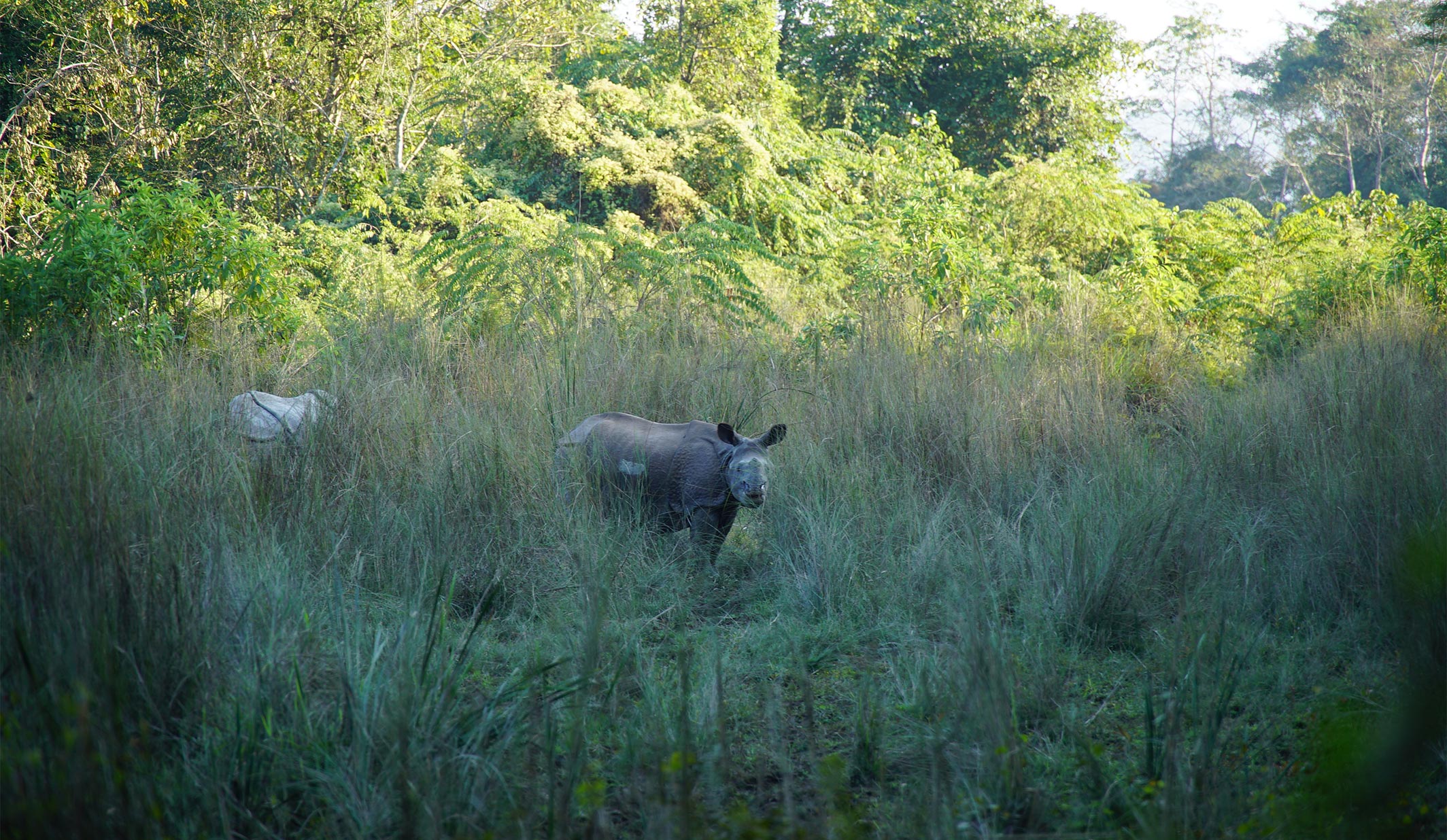 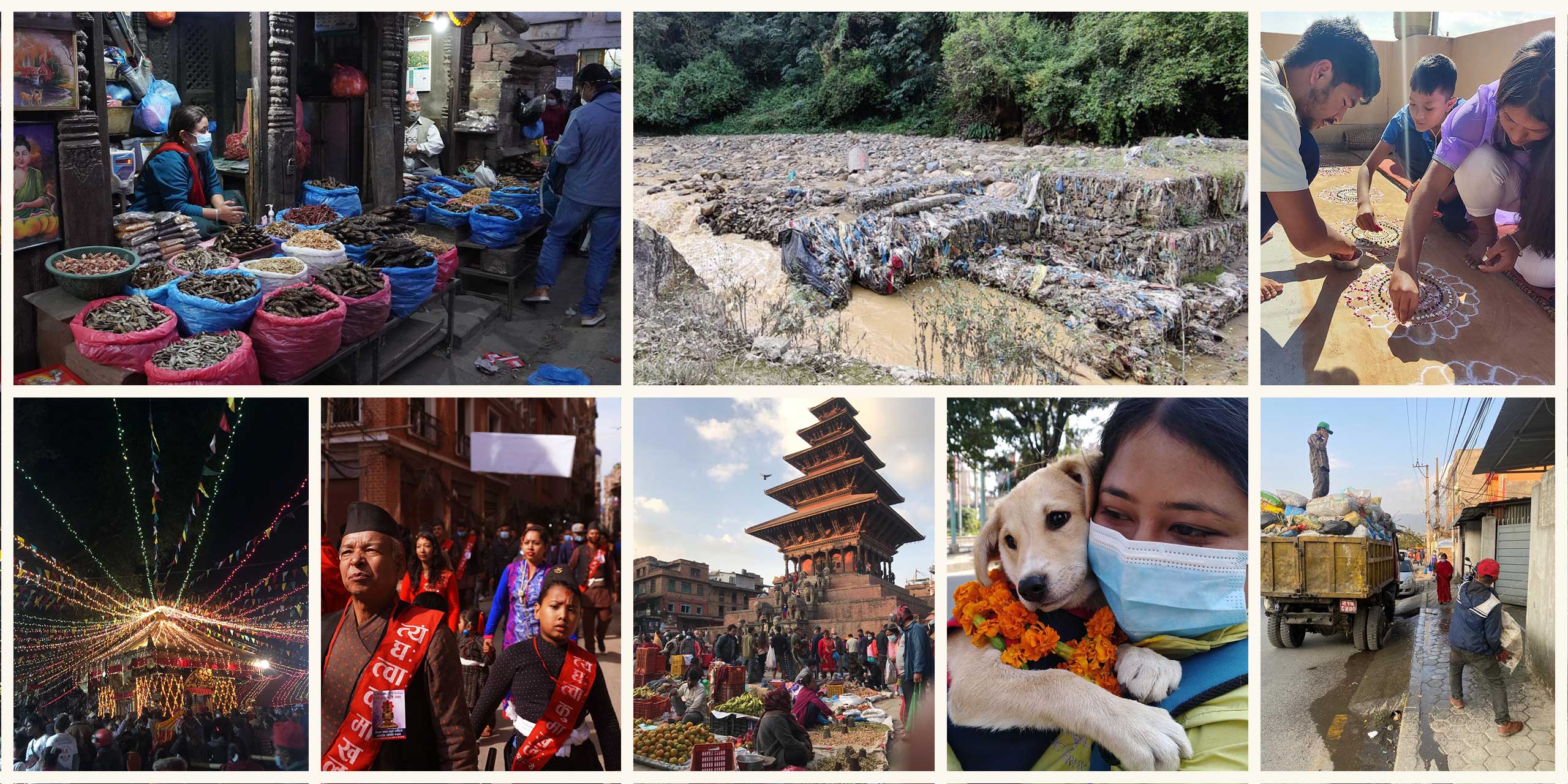 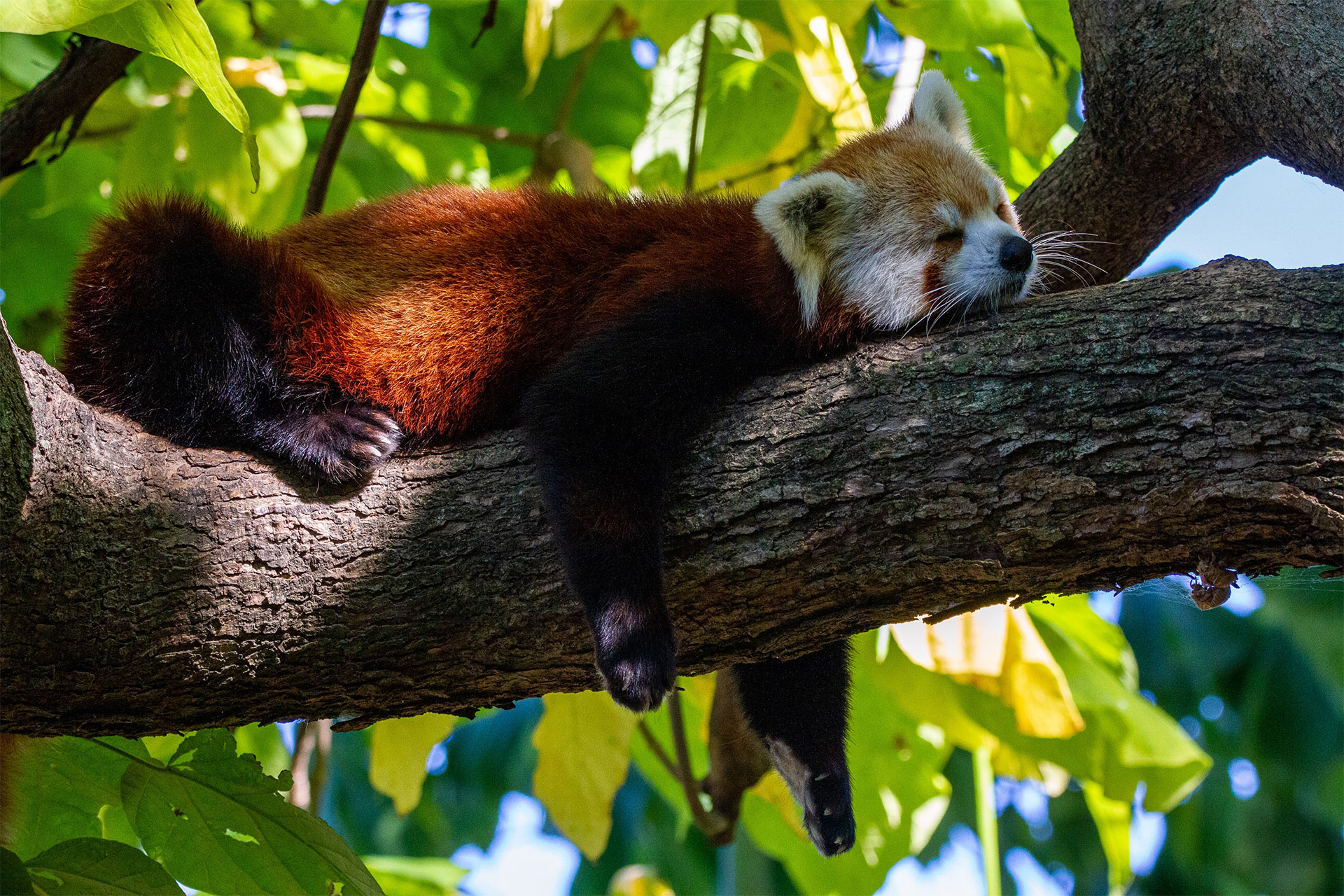 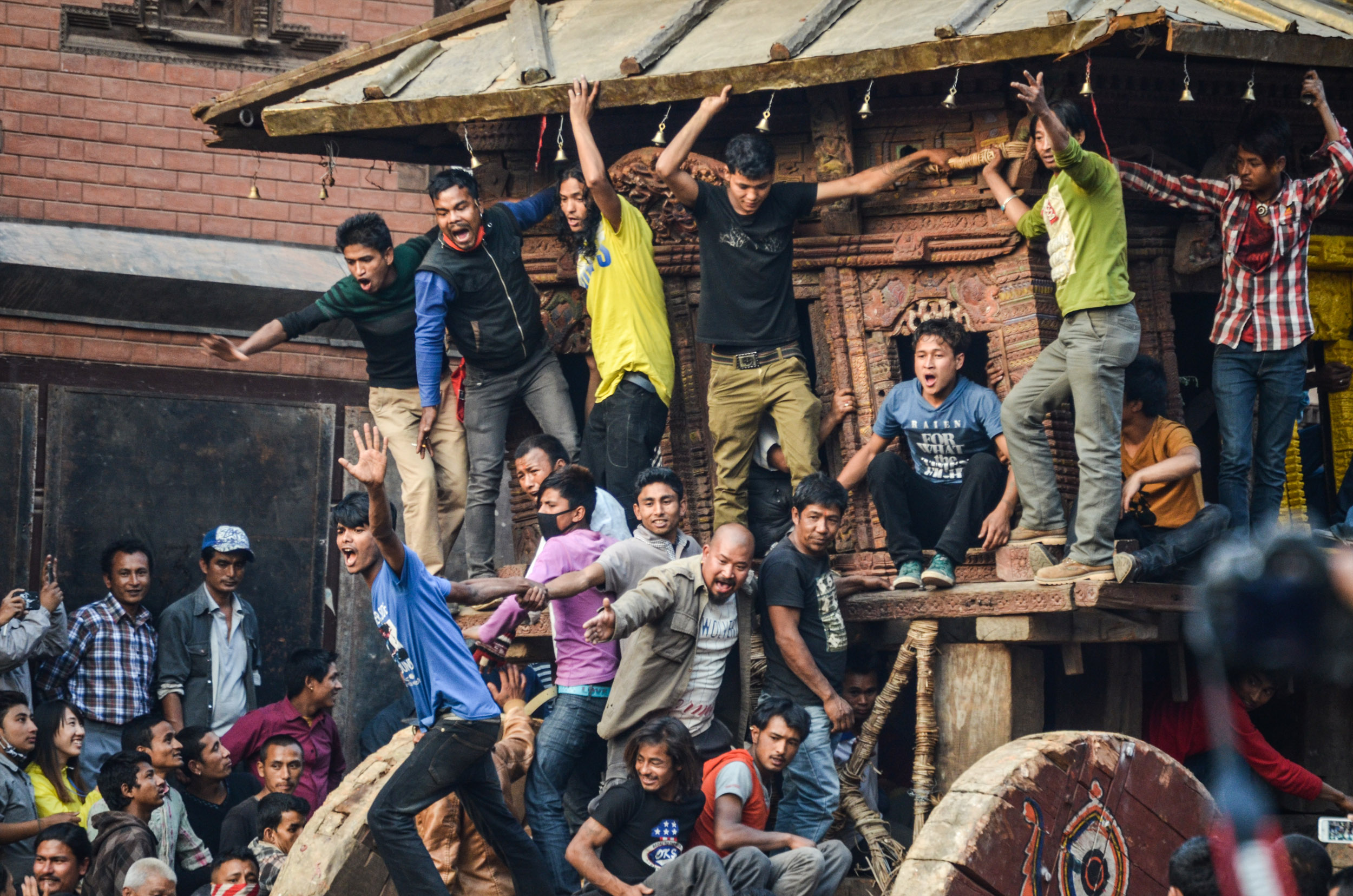 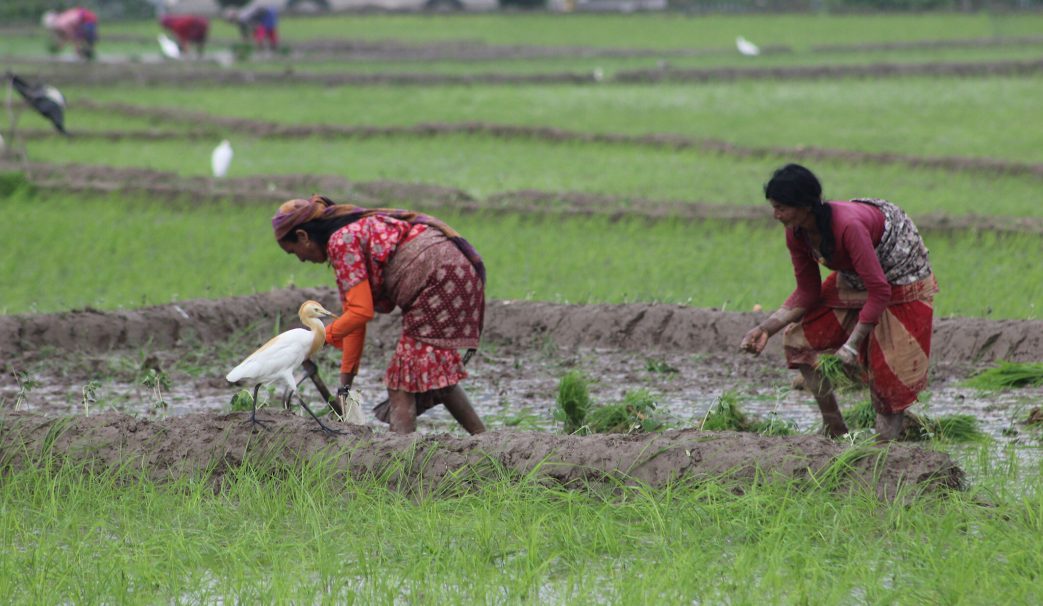 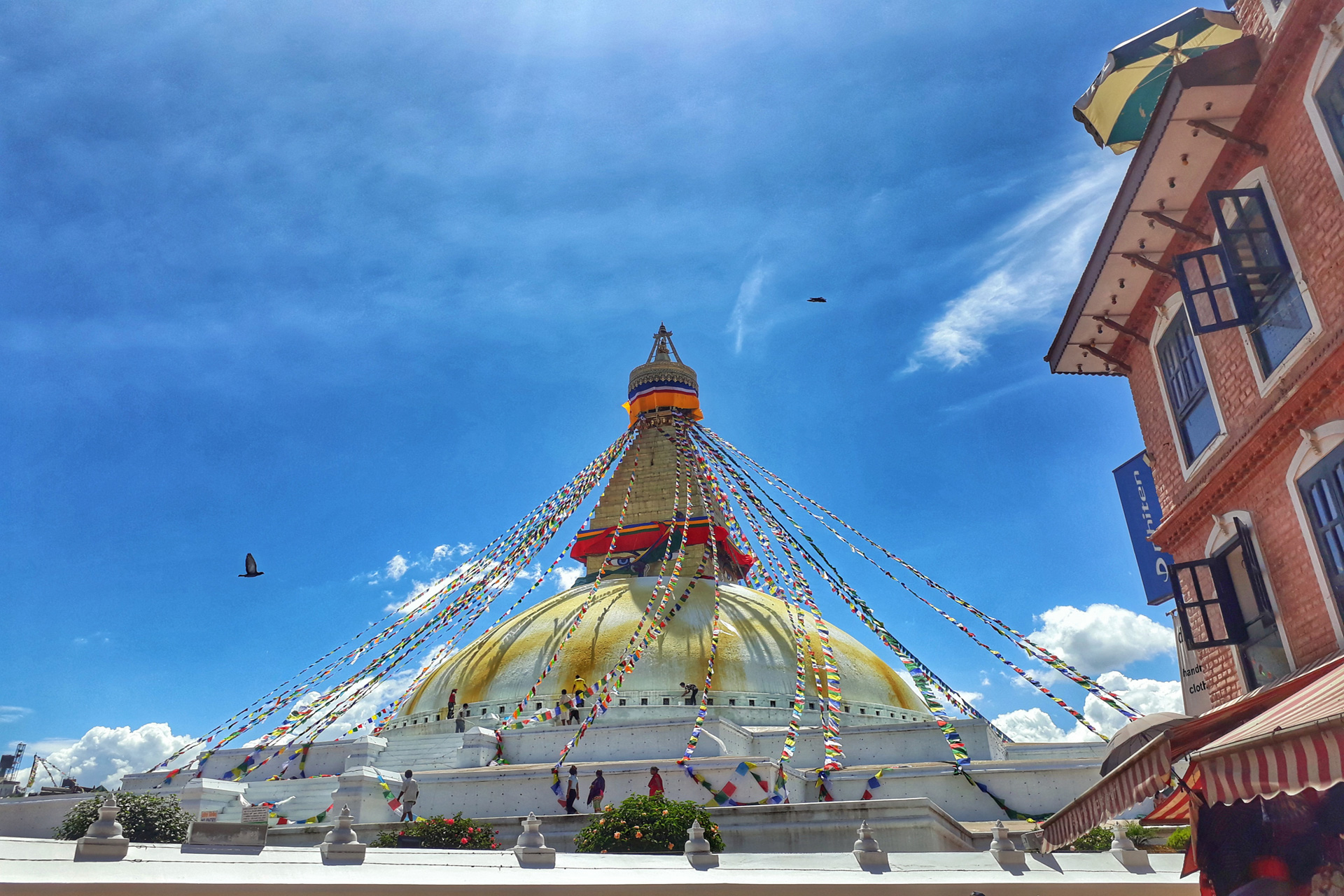 10 Reasons to Make Nepal Your Next Holiday Destination

Nepal is one of the best destinations in the world for those on the lookout for getting the most out of their budgets. A visit to Nepal is not only a culturally rewarding experience but also one that will not strain your pockets unduly; 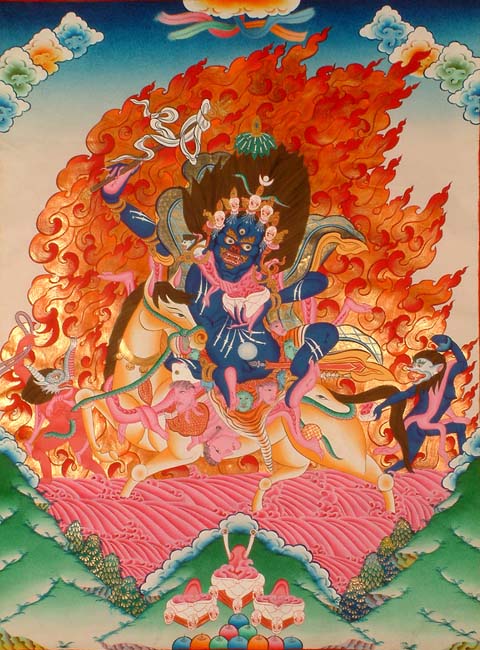 Palden Lhamo Festival is to celebrate on December 6 this year at Barkhor Square in Lhasa honoring one of the most intriguing deity figures of Tibetan Buddhism—Palden Lhamo. 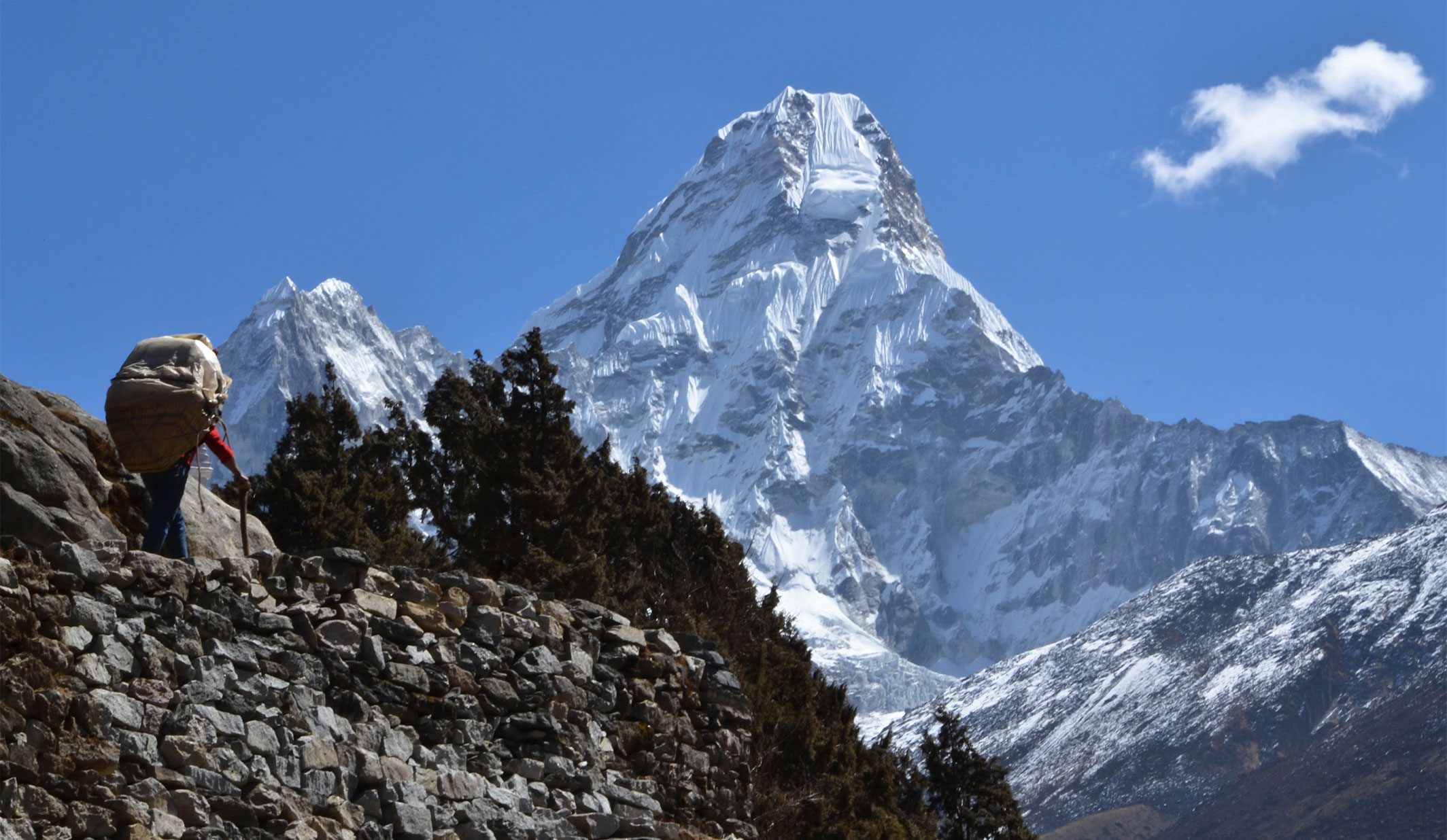 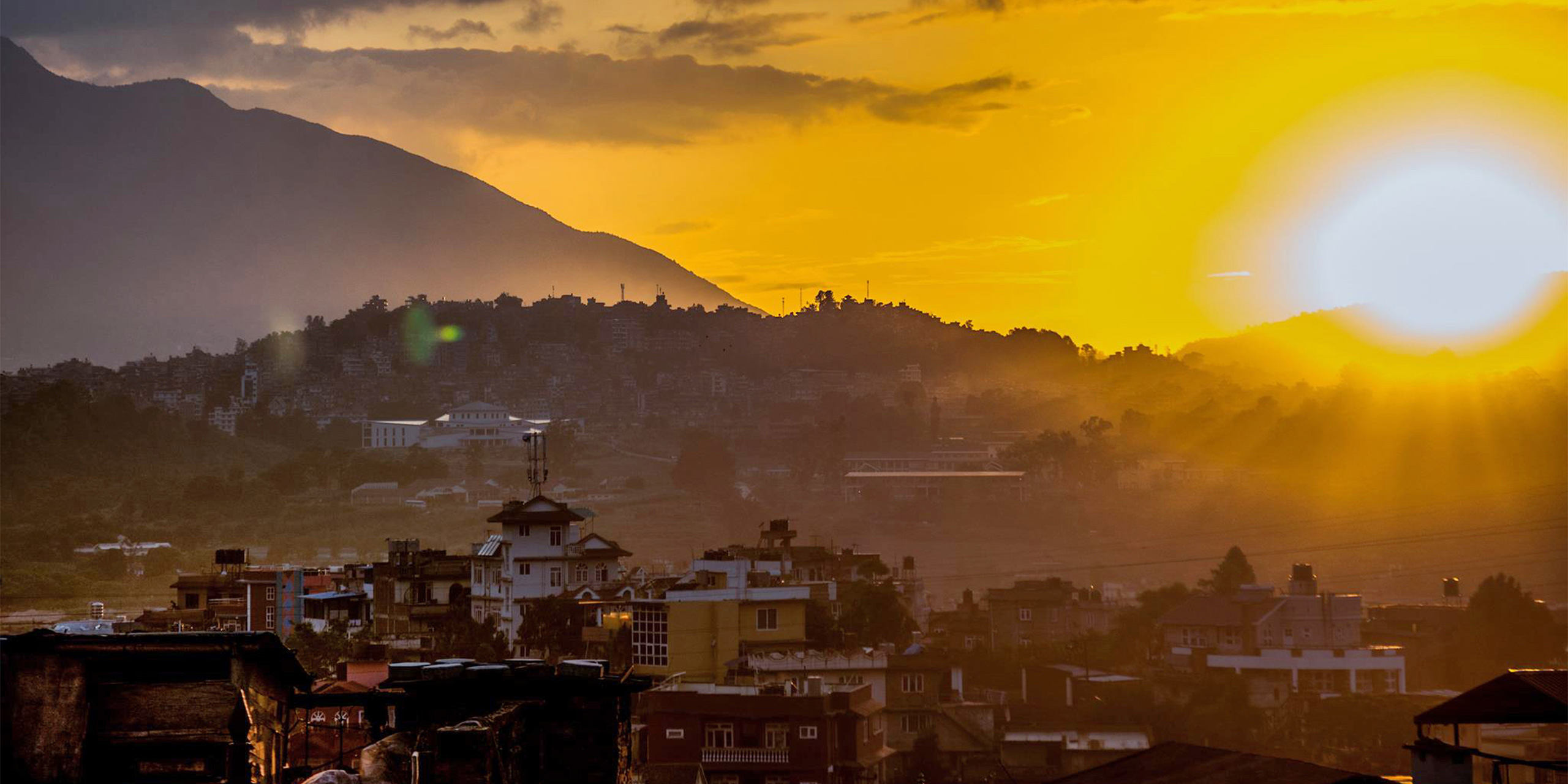 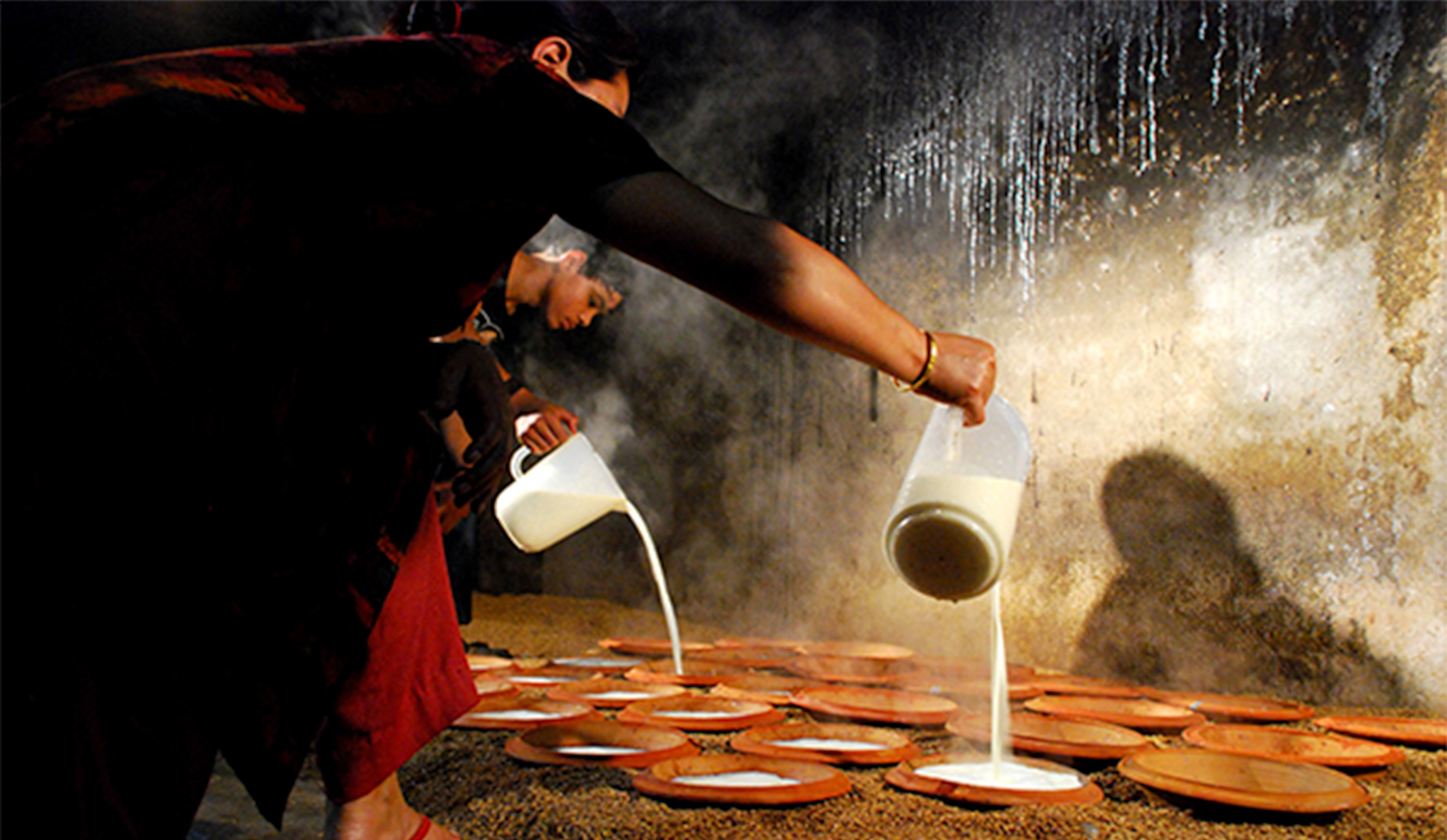 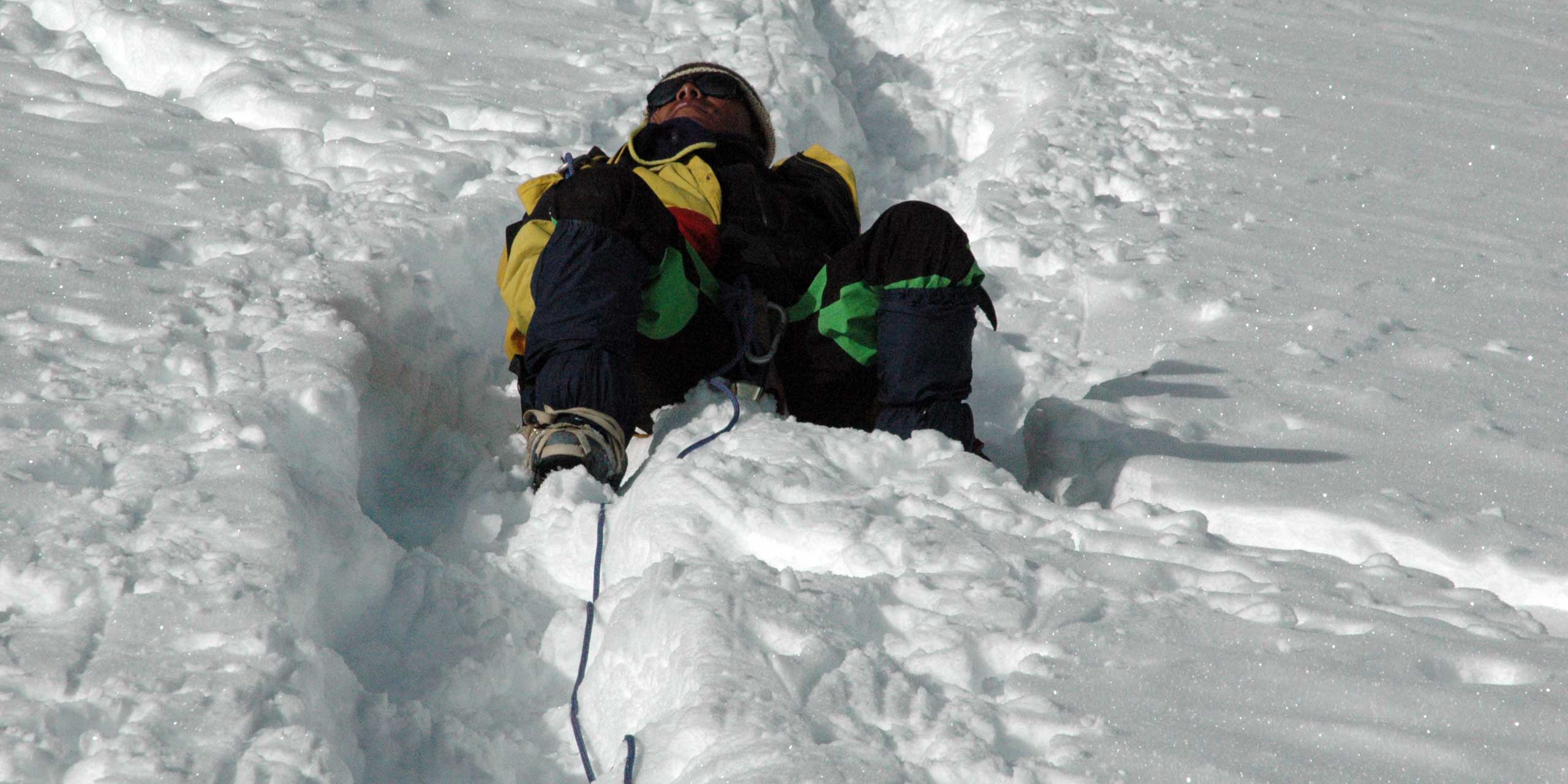 It is not for nothing that the name ‘Sherpa’ has become a brand name signifying anything and anyone that is brave, hardy, trustworthy, and enduring.