Bhutan is becoming increasingly known for its pure practice of Mahayana Buddhism in the tantric form, its traditional, little-changed culture, its pristine ecology and wildlife and the unparalleled scenic beauty of its majestic peaks and lush valleys. Such scenes remain in the memory forever. The symbols of Bhutan’s religion leave the deepest impression: chortens (commemorative monuments) dot the landscape, fluttering prayer flags, prayer wheels turned by the water of swift mountain streams and impressive monasteries.  This trip focuses on the cultural wealth of the country and its historical & religious traditions.

The Druk Air flight into Paro is a befitting introduction to the spectacular beauty of the country. In clear weather, magnificent views of the world’s highest peaks give way to the lush green Paro Valley as you land. Bhutan’s first gift to you will be the cool, clean fresh air as you step out of the plane. After immigration you will be greeted by your guide. Take an evening walk around Paro town.

Start early to drive to Ramthangkha for the hike up to Taktsang monastery. The hike up takes 2-3 hours depending on your fitness, with a break at the viewpoint (and cafeteria) to enjoy stunning views of the monastery where Guru Padmasambhava landed, riding on the back of a tigress in the C8th. Hence the name ‘Tiger’s Nest’. The interior design of the temple impresses with its luxurious beauty: a gold-plated dome and flickering lights that illuminate golden idols. In the hall of Thousand Buddhas, which is carved into the rock, a large statue of a tiger is located. There are 8 meditation caves, including those where Padmasambhava arrived and the one where he meditated.

This mornings’ drive to Thimphu takes less than an hour. One of the most unique and charming sights of Bhutan is its architecture. Before exploring the city-proper make an hours’ hike to Tango Monastery situated on a spur overlooking the valley below. Tango monastery dates from the C16th and it houses more than 150 monks who are pursuing in higher studies such as meditation and Buddhist Philosophy.

Start exploring the capital with a visit to Tashichhoe Dzong, seat of the Royal Government of Bhutan and summer residence of the central monk body and the Je Khenpo. Later visit the Thirteen Traditional Arts and Crafts School (Painting School) and the Textile Museum, where the art of traditional weaving is kept alive and there is an exhibition with a good collection of preserved old textiles which are rich in its colour and design, then visit Simply Bhutan where visitors learn about Bhutanese traditions, get to dress up in traditional clothes and be photographed in front of painted backdrops. There are also craft displays and a souvenir shop.

Today’s 10km trail is one of the most picturesque hikes in the Thimphu region. Starting from the large chorten on the Dochu-la pass the trail slowly climbs through a forest of hemlock, birch and rhododendrons until reaching an open meadow.

Re-entering a forest of moss-covered rhododendrons, gigantic hemlocks, junipers, and bamboo undergrowth, a small trail leads you the last 50 meters past a row of fluttering prayer flags up to Lungchutse Temple.

On clear days, the view from the temple is fantastic! You will have a 360° view of the Himalayas including views of Jumolhari (7314m) and Gangkhar Puensum, the highest peak in Bhutan and the highest unclimbed peak in the world (7497m). You can also see Gasa Dzong, as a tiny white speck in a sea of green almost 50 kilometres to the north.

A trail below Lungchutse, leads to Trashigang village and temple then slowly descends through spruce, rhododendron, hemlock and juniper forest. Have lunch around the chorten in the temple’s courtyard while watching the monks in their daily endeavours.

After returning to the main road, you have the option to visit Hongtsho Temple on the hill side, a short hike up through the village. It was built in 1525 by the older brother of Drukpa Kuenlay, the Divine Mad Man. It is a two-story traditional Bhutanese building where the main alter room has several enormous statues of important figures in the history of Bhutanese Buddhism.

Drive from Thimpu to Punakha. Hike to Chimmi Lhakhang Monastery

On the way from Thimphu to Lobeysa stop atop the Dochula Pass (3116m) to have a coffee break, admire the 108 stupas and, on clear days, incredible Himalayan views. It is a short walk, through rice and mustard fields, to Chimi Lakhang, prominently situated on a hill above the town. This is a fertility temple founded on the site of a chorten built by Drukpa Kunley (the Divine Madman) to commemorate his vanquishing local demons.

Continue to Punakha, which looks gorgeous amidst the terraced fields.

Punakha Dzong, located at the confluence of the Mo Chu and Puna Tsang Chu (rivers) is the second largest in Bhutan. It is an excellent example of architectural beauty and one of the rare Dzongs of Bhutan with three docheys (courtyards), others have two. Start from a red wooden cantilever bridge on the Mo Chu, an ingenious route linking the Dzong to the main road. At the main entrance, a 7-meter wooden ladder leads into the interior. There are few golden pray wheels and fascinating Buddhist murals depicting the 12 animals of the Chinese zodiac at the doorway. The Dzong also houses a particularly sacred relic, a self-created image of Avalokiteswara that miraculously emerged from the vertebrae of Tsangpa Gyarey (founder of the Drukpa School) when he was cremated.

Later drive to the Haa Valley, stopping on the way to visit Semtokha Dzong. Strategically built on a projecting ridge above deep gullies, the Simtokha Dzong overlooks and commands the entire Thimphu Valley. The route passes through the deep valleys and gorges and mixed forest until you reach Haa.

From the Cheley La pass (3822m) you see the Paro Valley on one side and the Haa Valley on the other with a backdrop of the Himalayan range. This is one of the most beautiful passes in Bhutan. From here start the hours’ downhill hike to Kila nunnery, which you will have glimpsed on the drive up to the pass. This is the oldest nunnery in Bhutan and is surrounded by prayer flags, chortens and forest.

It is about 40kms from the pass to Paro, where you will visit Ta Dzong (National Museum), built in the 17th century as a watch tower for Paro Dzong. It was converted into the National Museum in 1967. Also visit the Paro Rinpung Dzong, constructed to defend the valley against Tibetan invaders. The Dzong is now used as an administrative centre and school for monks. A short walk below the Dzong takes you across a traditional cantilevered to one of the innumerable archery grounds (Archery is the national sport of Bhutan). 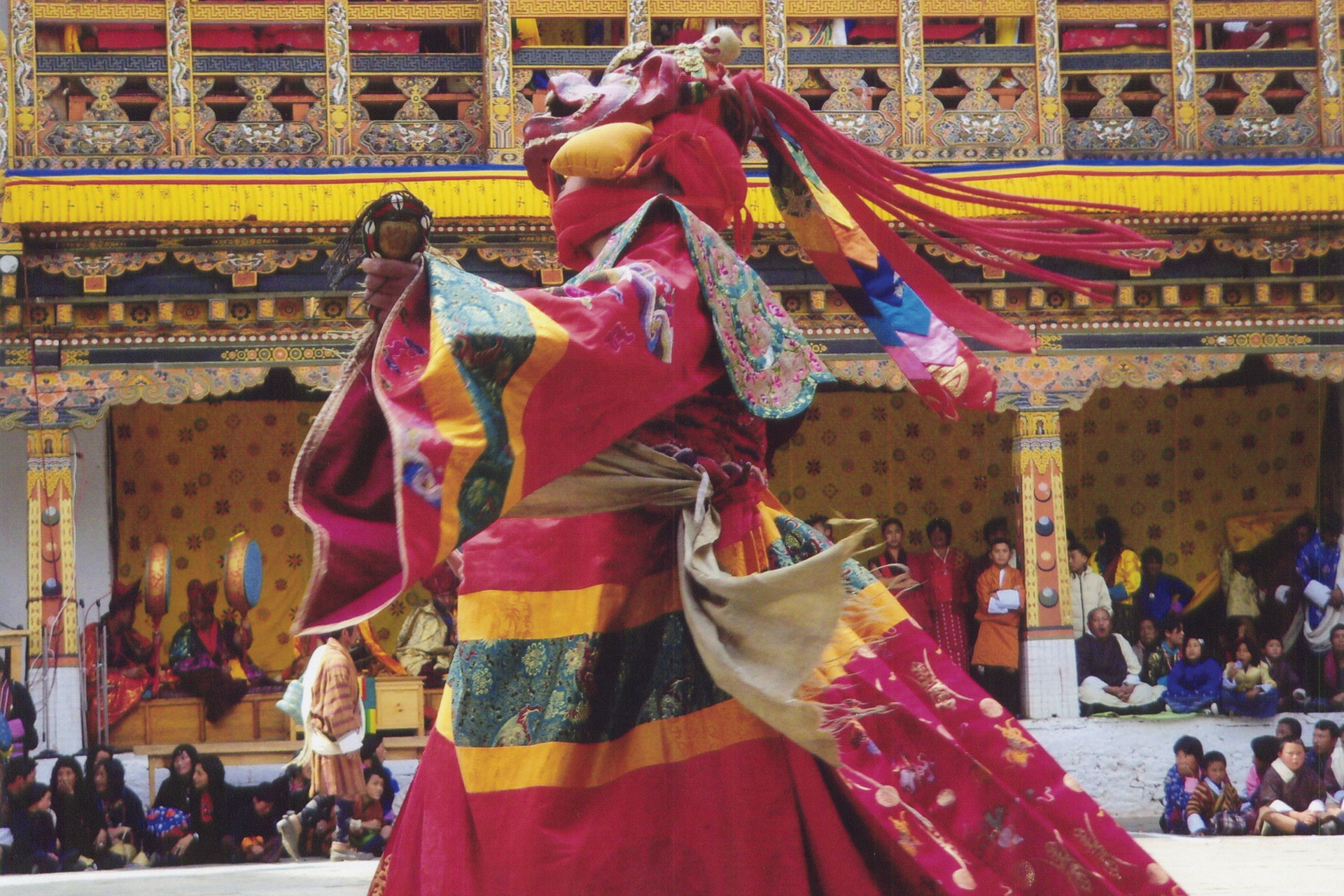 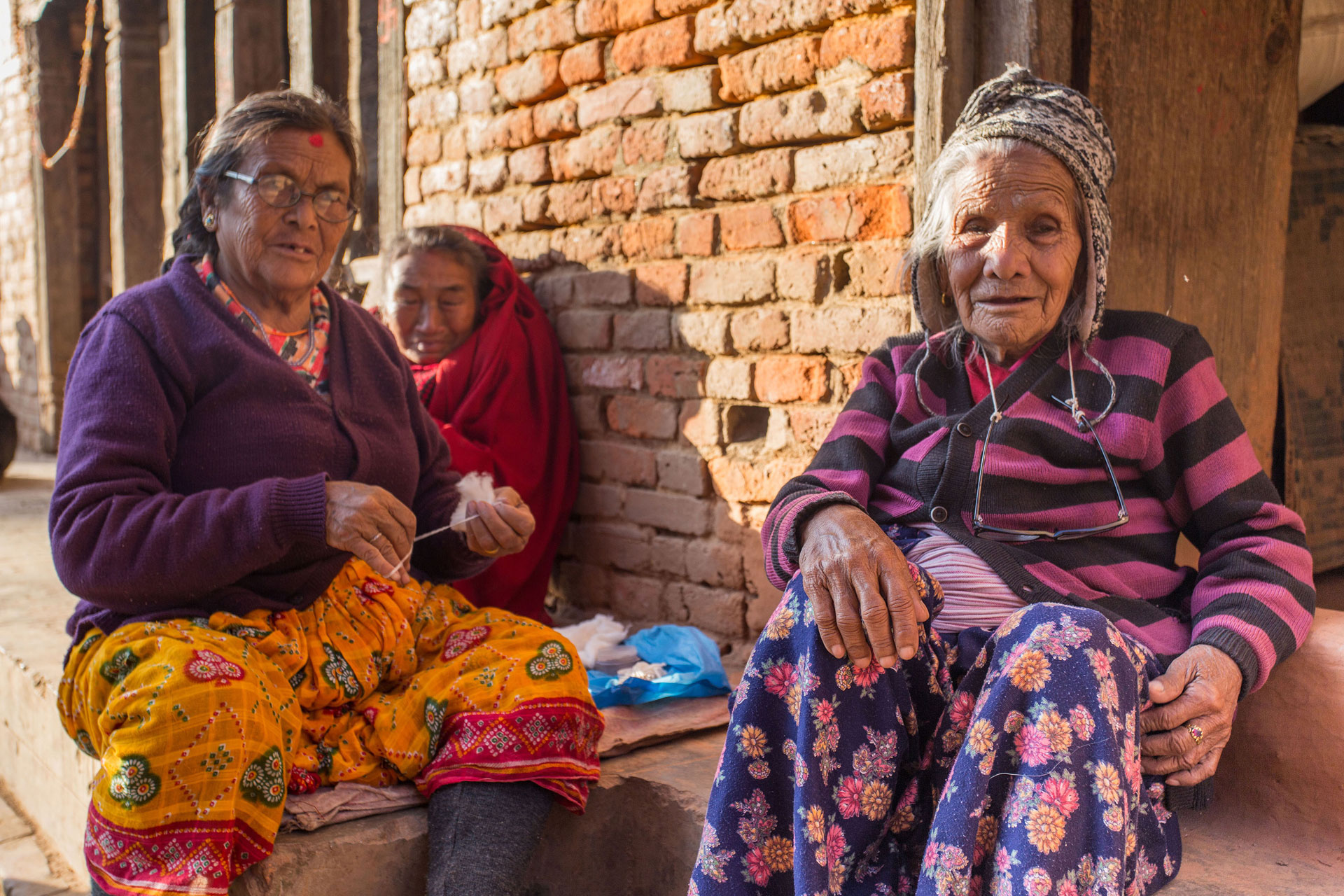 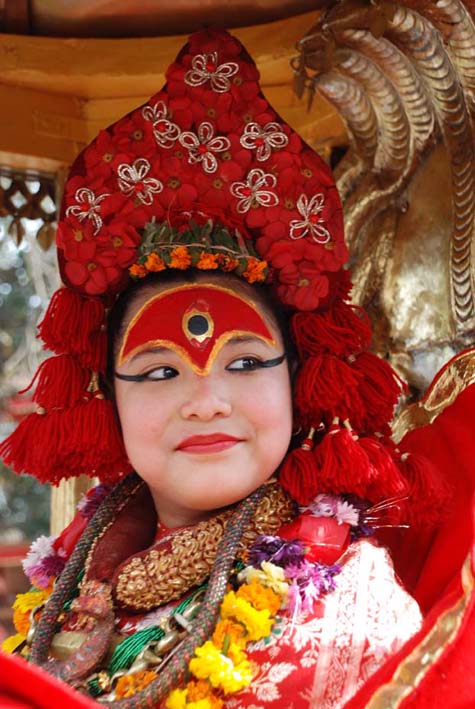 FAQs
It is vital to know that Bhutan does not have a Visa on Arrival Service. Except for a few southeastern countries like India, Bangladesh, and the Maldives. Tourists from all other countries need to get a visa to travel to Bhutan. Applying for a visa for Bhutan is a relatively easier process than what people imagine. You need to book a trip with your international tour operator or a local travel agency to apply online on your behalf of you. These tour agents should be registered with the Tourism Council of Bhutan. Having the visa processing done through your tour operator makes it rather easier and hassle-free.
Bhutan is one of the safest countries to travel even if you are heading to remote routes. Crime in Bhutan is very low as the country is known best for meditation and Buddhistic belief in peace. Bhutan is a notable pioneer for being named the happiest country in the world as per the Gross National Happiness Index.
According to the myth when the Drukpa Lineage founder Tsangpa Gyare built the Ralung Monastery, they experienced a violent storm followed by Thunder which they referred to as the roar of the Dragon. Considering it as an omen, the name of Ralung was changed to Drug-Ralung where Drug means ‘thunder dragon’. This is the reason Bhutan is called the Land of Thunder Dragon.
If you are a foodie then a visit to Bhutan will make you realize what you have been missing in your daily meals. Bhutan is rich in culture and traditions but it is an undisclosed fact that their traditional vibrant cuisine reflects their heritage. Food in Bhutan is usually characterized as being spicy but they prepare manageable for the visitors. The locals use locally grown spices and products to prepare their meal which is fresh and healthy.
Traveling independently in Bhutan is not allowed. Traveling in Bhutan can be done only by hiring a Tour operator who provides an experienced guide along with you to assist you throughout the trip. Having a tour guide to tag along is much easier and better because you get to learn about the folklore, history, and the hidden secrets of the valleys, hills, caves, monasteries, and mountains.
Ngultrum is the official currency of Bhutan. You cannot get your hand on the currency anywhere but Bhutan. You can purchase it at the Paro International Airport, the banks in Bhutan, and major shops in the town and city areas. Do not expect to purchase Ngultrum in smaller cities and villages. You should also note that the use of a credit card for purchases can result in a merchant fee surcharge as high as 7%. Also, ATMs cannot be found easily on the trails to the remote villages, hence it is wise to carry cash.
Paro is the most popular Takhtsang Lakhang (also known as the Tiger’s Nest) which is located at the northern end of the valley. There is also a National Museum that contains hundreds of ancient Bhutanese artifacts and artwork.