Tiber Overland Tour is the opportunity of a lifetime, no wonder it scores high on the bucket list of most travelers. Tibet is often called the Roof of the World, because it is situated on a high plateau north of the Himalayan range in the western part of China. For centuries it was nearly impossible for foreigners to enter, which created a mysterious image of Tibet and its unique culture. Our trip takes you to a memorable adventure, offering you the opportunity to experience the natural beauty of Tibet, the serenity and wisdom of its Buddhist culture, and the chance to see how Tibetan people – nomads and farmers – manage to make a living in this harsh environment. Either you plan a spiritual journey, a pilgrimage, a cultural tour or dreaming about seeing Mt. Everest and the Himalayan range, this trip have it all.

From the temples and monasteries in and around Lhasa, you will travel through high mountain passes of Tibet, visit the famous turquoise lake, the soul-lake of Tibet, learn about traditional life in Gyantse, visit the Panchen Lamas residence in Shigatse, and cross the Trans-Himalayan range to visit Everest Base Camp, where climbers gather every year to conquer the highest peak of the world. The current itinerary is based on the recommendations from our experts and feedback from travelers who made Tibet Overland Tour with us in the last few years. We hope to welcome you soon on your adventure of a lifetime!

Today is the arrival day and there are many options for you to plan to arrive in Lhasa. Lhasa is connected to third countries via flight from Kathmandu only. From China you have the option of taking flight from many cities in China such as Chengdu, Beijing, Xian etcs. Lhasa is also connected with other parts of China via train. Appointed Guide will be receiving all group members from the airport or train station and assisting them in checking in hotel in Lhasa. Once all group members are received, guide will do the needful preparation for the first group meeting where he will be discussing with all about the trips, do’s and don’ts etc.

**Note: for the comfort and ease of client to choose any port of disembarkation, this year we are not including airport/ train station transfer on day 01. While making bookings please do share with us with confirmed flight or train details

Drepung means rice-heap which comes from the Sanskrit Dhanyakataka, the name of stupa in south India where the Buddha first taught the Kalachakra Tantra. The monastery is located 8 km west of Lhasa. With an area of over 20,000 sqm, its principal buildings are the Tshomchen, the four main tratsangs, and the Ganden Potrang. Each of these has its own residential units, Khangstens and other functional buildings. The major structures follow a simple architectural plan. Each consists of a courtyard, a large hall and inner chapels. Dominated by a high ridge known as Gephel Utse, Drepung was founded by Jamyang Choje in 1416. This celebrated yellow hat lama was born near Samye to a wealthy family (a childhood friend donated large sums for the building of Drepung). With the contribution of rich families and feudal lords, he announced plans to create a great monastery One year after commencement, the monastery had become home to 2000 monks. By the time of the Fifth Dalai lama (1617-82), its population had grown to a staggering 10,000 monks. Pilgrims move through the complex in a clockwise sequence from the parking lot fronting the main entrance: Ganden Potrang, Tshomchen, Ngagpa Tratsang, Jamyang Lhakhang, Loseling Tratsang, Gomang Tratsang, and the Deyang Tratsang.

Sightseeing Sera Monastery Is one of the Gelugpa’s six great monasteries (the other five are Drepung, Ganden, Tashilumpo, Labrang, and Kumbum). Sera lie at the base of Phurpa Chok Ri, a mountain of the Tatipu Range that defines the northern limit of Lhasa city. It was founded in 1419 by Sakya Yeshe (1355-1435), a principle disciple ofTsong Khapa. The complex today, a veritable monastic city, occupies a site of nearly 12 hectares. It is made up of the Tsokchen Great hall), three tratsangs, and 30 Khangstens. A Khangsten is a residential compound with chapels reserved for monks coming from different areas of Tibet, whereas a Tratsang is a college that offers specialized studies, headed by its own abbot (Khenpo). It was a vital center for religious activity and Sera boasted over 5,000 monks and novices. It is one the best-preserved monasteries in Tibet, its principal buildings were in explicably spared during the Cultural Revolution. Pilgrims follow a well-trodden route when they visit the main chapels. The basic clockwise sequence is Sera Me, Ngagpa Tratsang, Sera Je, Hamdong Khangsten, Tsokchen, Tsong Khapa’s hermitage.

Walking Tour of Potala and Jokhang-Barkhor

The Potala Palacetowers over Lhasa and is an enduring landmark of Tibet. Little remains of the original structure built by Songtsen Gampo other than its foundations. After Lhasa was reinstated as the capital of Tibet in the 17th century, the Great 5th Dalai Lama began construction of the White Palace (built 1645 – 53) employing 7000 workers and 1500 artisans. Jokhang: The Jokhang Temple is 1300-year-old, a golden-roofed building at the center of the Barkhor Market. The most sacred and active Tibetan temples, it was founded by Bhrikuti, King Songtsen Gampo’s Nepalese Bride, on a site chosen by his other wife (a Tang dynasty Chinese princess, Wenchang) as the principal geomantic power – place in Tibet.

Today, is the free day in Lhasa. However due to uncertainty in policy of Tibet Government, please do check with your guide about the possibilities of going around freely. Should you be interested in visiting other places of interest, you may consult with your guide

The drive is long, yet scenic across the Khamba la, Kora La (passes), along the shores of Lake Yamdrok Tso. Once an important trading town, Gyantse retains the feel of Old Tibet.

Sightseeing in Gyantse & then drive to Shigatse

In the morning, visit Gyantse’s Monastery – Pelkor Chode. The main temple of Pelkor Chode, the Tsuklakhang was built 1418- 1425 AC by the 2nd prince of Gyantse. It was an eclectic academy with 16 dralsang (colleges) belonging variously to Sakya, Butonpa, Geluk and Kagyu schools. All the dralsang buildings have been destroyed, however the main assembly hall was preserved along with its remarkable (15th images and Murals). The top chamber is decorated with fantastic mandalas in Sakya tradition. We continue our drive to Shigatse which stands at the confluence of Nyangchu and Brahmaputra Rivers. Shigatse is Tibet’s 2nd largest city. In Shigatse, we visit Tashilumpo Monastery which was founded in 1447 by a nephew and disciple of Tsongkhapa who was retroactively named the first Dalai Lama.

Sightseeing in Sigatse & then drive to Shegar via Shakya .

We continue our journey towards Shegar via Sakya town. Sakya is the principal seat of Sakya School and as such played dominant role in the political and religious history of Tibet in the 13th and 14thcentury.

After leaving Shegar, we will turn off the friendship highway for a stunning drive through Qomolangma National Park, and reach the Rombuk valley by the afternoon for our first glimpse of Mt. Everest or Jomolangma in the local tongue meaning the “Queen of the mountain range”. The best views you get from the tiny Tibetan monastery, Rombuk Gompa (5100 m), where we will spend the night.

Get up in the morning, walk outside the room I tent and see Mt. Everest – where else can you do this – Unbeatable – Amazing – The North Face of Mount Everest (8848.86m) or Mount Qomolangma in Tibetan is face to face with you. Later on, we continue our drive towards Lower Kyrong via Paiko Tso Lake

Today we will continue our drive towards border of Nepal & Tibet. Kyrong or Gyirong Port (Rasuwa Port on Nepal side) is located about 160 km from Kathmandu, capital of Nepal and about 820 Km from Lhasa. At the border, you walk across the bridge joining Nepal and Tibet. Then after necessary immigration formalities in Nepal part, we continue our journey towards Trishuli. The road connecting the border and Trishuli town is adventurous and we can expect to have a bumpy ride.

Today we will continue our drive towards border of Nepal & Tibet. Kyrong or Gyirong Port (Rasuwa Port on Nepal side) is located about 160 km from Kathmandu, capital of Nepal and about 820 Km from Lhasa. At the border, you walk across the bridge joining Nepal and Tibet. Then after necessary immigration formalities in Nepal part, we continue our journey towards Trishuli. The road connecting the border and Trishuli town is adventurous and we can expect to have a bumpy ride. 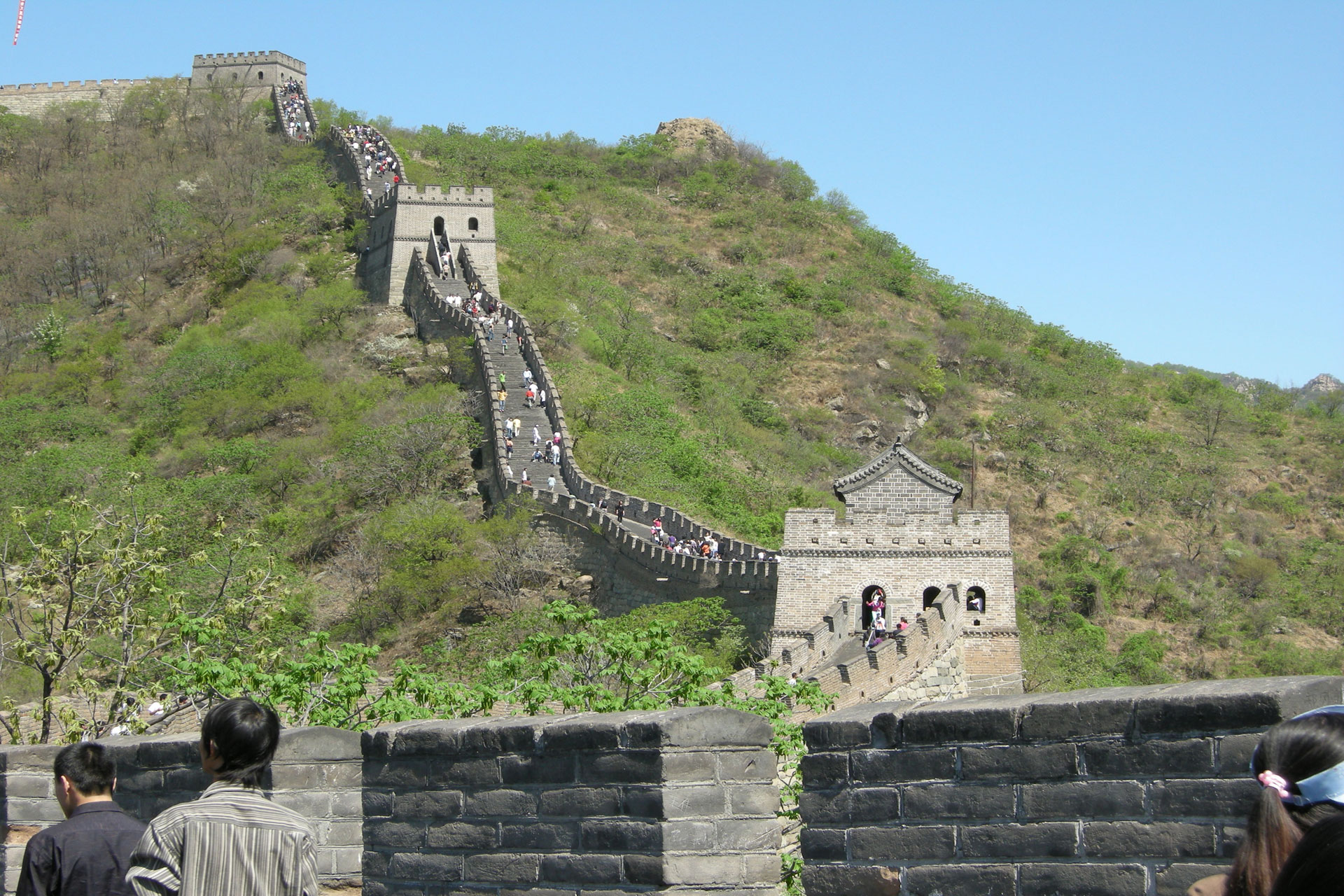 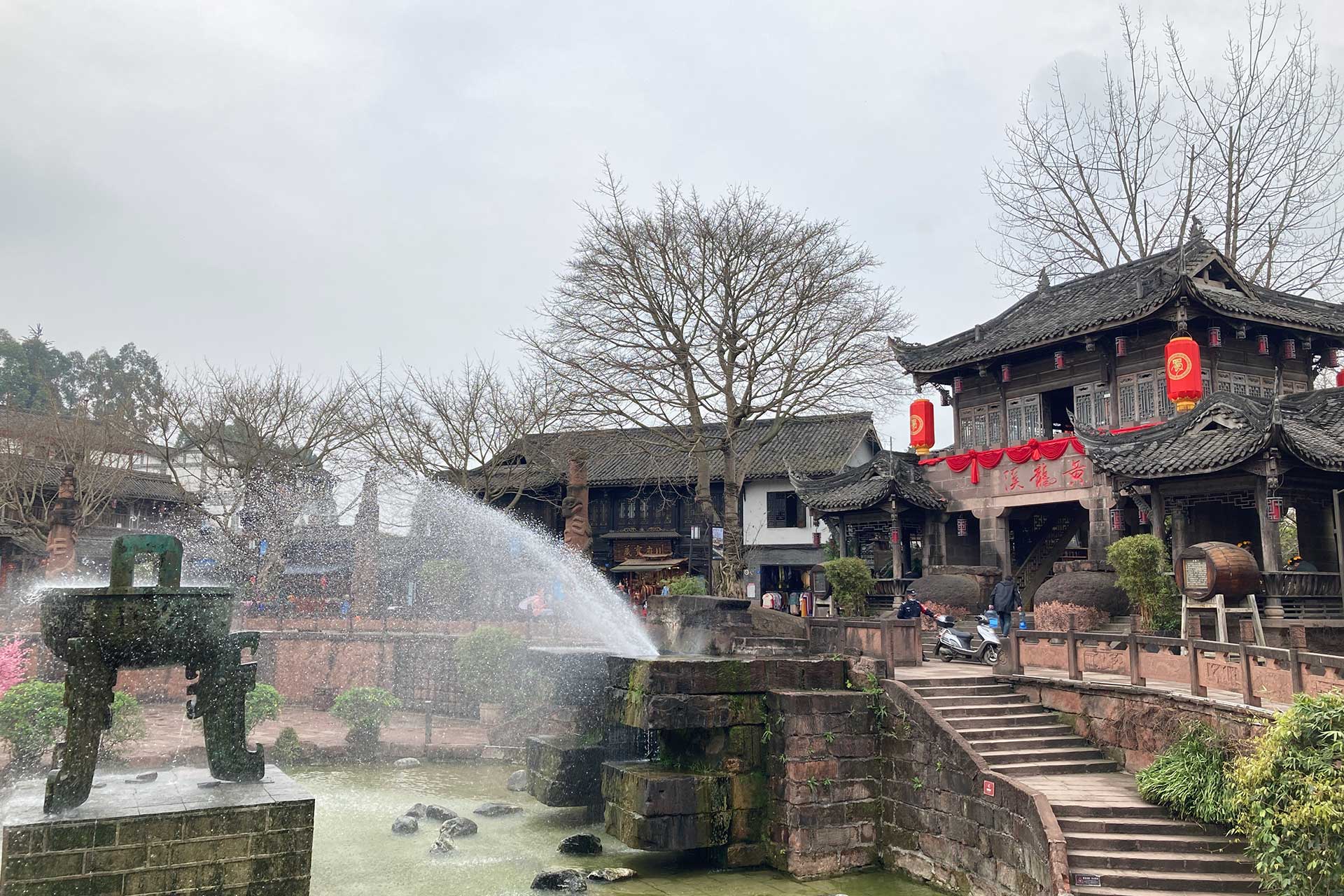 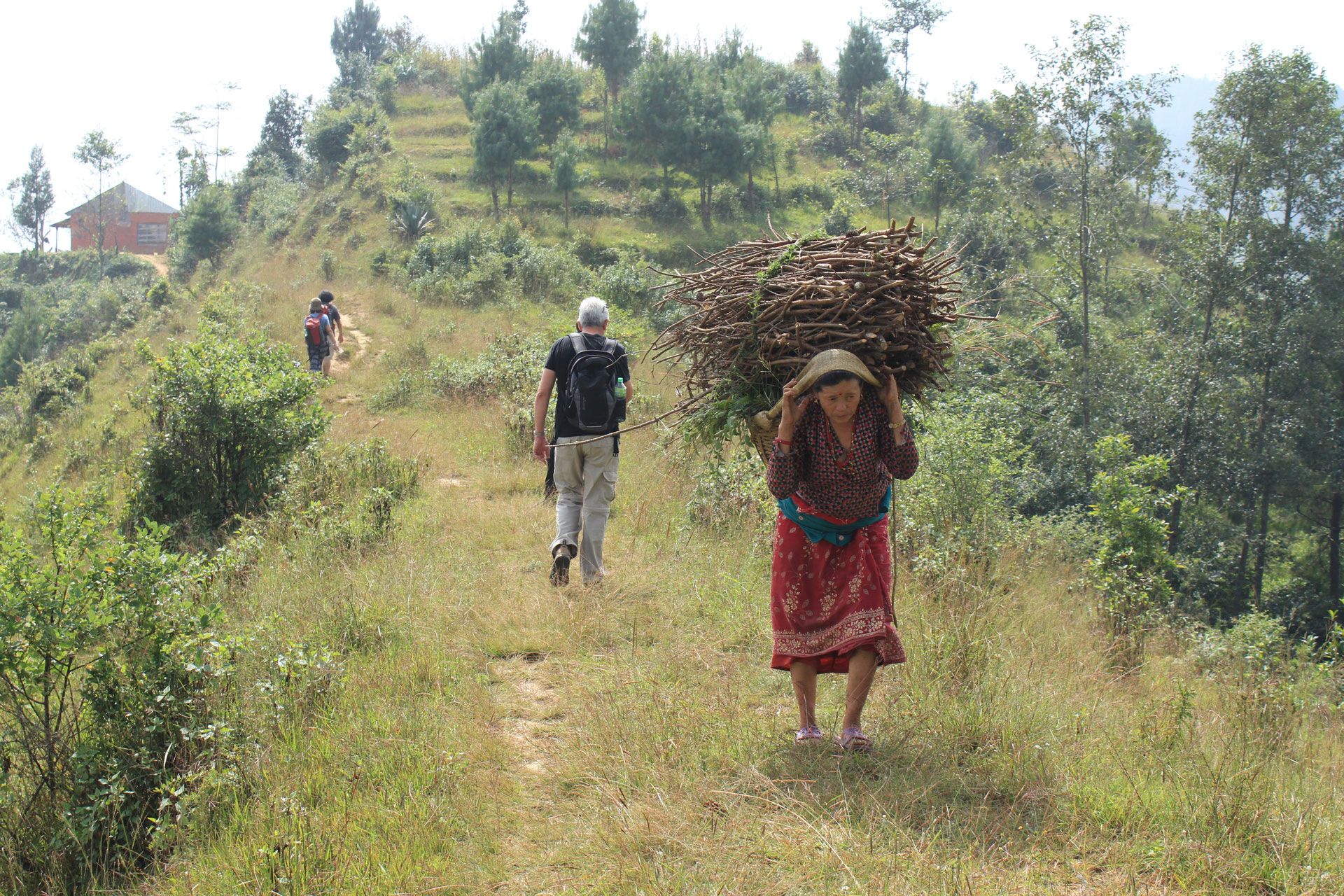 FAQs
To obtain Tibet Visa from Nepal, it has to be done through local Nepal agents for Tibet in Kathmandu. In this scenario Royal Mountain Travel will apply at least ten days in advance for the Tibet visa with all your Passport details and PP size photos. With proper Passport information and of the tour and itinerary details visa will be stamped before your departure to Tibet. Most of the Tibet visa will be done in group wise minimum of 2-5 pax in a group with 2 sheets of papers with name list and Passport details where Visa will be stamped one for entry and other for final departure from Tibet.
Yes, it is possible to obtain Tibet Visa and Permit as per your tour package with Nepalese tour company for Tibet travel.
Yes, you can but it will be quite expensive to acquire for a single person, sometimes visa can be rejected by Chinese authority due to some reason beyond our control, however we try our best to obtain a single visa if not, where we will find and join you with other group of travelers to Tibet as per the holiday itinerary and duration of travel within Tibet.
The currency in Tibet used Chinese Remimbian Yuan which is equivalent of US$ 1 to 6 to 8 Yuan which can differ slightly without prior notice, it is good to carry US $ or Euro but you can use Credit Card also, many big stores, hotels accepts or you can draw local currency through ATM which are located in cities and towns or in Bank of China.
It is good to have Travel and health Insurance as well, as Tibet is one of the highest countries of the world with an average of 3,000 m to 4,000 meters high. So it is always safe to have travel and medical insurance where AMS (Acute Mountain Sickness) can occur sometimes if not acclimated properly during travel in Tibet.
At present in big cities like Lhasa-Shigatse- Chengdu or Gyantse one can find good restaurants and hotels serving European and Western meals including Chinese. All hotels are either 5 stars or tourist class hotels with modern amenities but in rural and remote areas accommodation are limited with basic facilities in lodge and guesthouses with simple Tibetan or Chinese meals served.
All travel within Tibet we use native Tibetan Guide who will provide you with much information of the area of travel and takes care of you and helps with official related problems when required.
Hospitals and clinics are located all around cities and towns, but in rural areas small clinics or posts are found with a medic team of male / female nurses and doctors. In cities and towns major hospitals and clinics are found under the rules of China Government, beside modern clinics and hospitals local Chinese and Tibetan medical clinics are found in nearly all areas within city and towns.