This three day tour takes you from Lhasa to visit some of the monasteries and ancient palaces along the way to Tsetang and the Chongye Valley, or the Valley of the Kings. Here you can see the ancient burial site of the kings from the Yarlang dydnasty. Visiting Yumbe Lhakhang, the beautiful citadel now operates as a temple butis believed to have been the palace of the very first Tibetan king, Nyatri Tsenpo. You then visit Samye, the first Tibetan monastery, built in 775 by King Trisong Detse who invited monks from India to help revitalize Buddhism in Tibet.

This is trip extension package and you may choose to add this extension to your Tibet packages.

You have the option to drive from airport itself or from Lhasa you are driven to Tsetang, visiting Samye Monastery along the way. In the morning, you first go to Tsedang city located in the Yarlung Valley, reputed to be the cradle of Tibetan civilization. You are driven along the north bank of the Yarlung Tsangpo River to Samye monastery, the first monastery in Tibet, boasting over 1200 years of history. Nestled in a scenic valley, Samye is an important pilgrimage location shaped like a Mandala. It was built in 775 AD by King Trisong Detsen who tried to revitalize Buddhism by inviting monks from India and supporting the translation of scriptures from Sanskrit into Tibetan. As well as being Tibet’s first monastery it was also the first university. It has been deconstructed and reconstructed a number of times. The temple was destroyed during civil war in the 11th century, by fire in the 11th and 17th centuries, and by earthquake in the 18th century. Now only a fraction of its original 108 buildings survive or have been reconstructed.

The three-storied temple faces the east. The upper storeys were removed during the Cultural Revolution, but the gleaming roof was restored in 1989. To the left of the main entrance is a 5 meter high stone obelisk that was erected by King Songtsen Gampo and proclaims the Indian school of Buddhism to be the state religion. Inside the main assembly hall of the Utse are statues of early kings and images of Padmasambhava and Atisha. The inner sanctum contains a beautiful Sakyamuni image. To the right side of the assembly hall is a Gonkhang or tantric protector chapel. To the left of the assembly hall is the Avalokitesvara Chapel, with a fine bas-relief portrait of the bodhisattva. You can access several chapels upstairs and might even be able to view the former quarters of the Dalai Lama. On the 2nd floor is an open gallery with a long string of murals, some depicting the history of Tibet. There is also a damaged mural of the fabled land of Shambhala here.

There are many Buddhist legends related to Samye. One says, that Shantarakshita, the Indian master of Buddhist philosophy asked the king to invite Guru Rinpoche (Padmasambhava), the Indian Tantric master to subjugate the indigenous deities and spirits of Tibet in order to allow the spread of Buddhism. Guru Rinpoche tamed the local deities and spirits, and forced them to take an oath to protect the Buddhist teaching. This is how the local deities became integrated into Tibetan Buddhism. The Samye Monastery was the place where in about 792 a debate was organized to decide if Tibet should follow the Chinese teachings of Buddhism (instant enlightenment) or the Indian tradition(gradual path). As the Indian master, Kamalashila won the debate, the Indian system of Buddhism spread in Tibet. Samye Monastery is laid out on the shape of a giant mandala, and its main temple, the Utse is symbolizing Mount Meru, the central mountain of the Buddhist universe. From the top of the neighbouring Hepo Hill, you can get an almost aerial view of the mandala-shaped monastery.

About 27 km from away fromTsetang is the Chongye Valley, also called the Valley of Kings. It branches off the Yarlung Valley to the southwest and contains eight large burial mounds that look like round green hills from the outside. The most important kings of theYarlung dynasty are believed to be buried in them.

The largest mound is believed to be the burial place of the first Buddhist king, Songtsen Gampo and has a 13th century reconstructed temple on top. The temple was rebuilt with restored murals in 1983 and is maintained by three monks. Gampo’s statue is situated in the centre of the temple’s altar and is surrounded by statues of his Chinese wife, Wen Cheng, and his Nepalese wife, Tritsun, who is holding a crystal ball. Eminent ministers stand at the side, including Sambhota, a noted Tibetan philologist who is held to be the founder of Tibetan writing. Behind this altar statue display is a crowned Maitreya with two Sakyamunis and a mural on the right wall depicting Indian deities of the 8th century AD. You can climb the hill on a stairway to visit the temple and take in the ancient atmosphere of the place and a stunning view of the Valley of Kings.

There is another mound for Tride Songtsen who ruled Tibet from 798 to 815. The stele here is 7 meters high and is inscribed with vivid carvings of floating clouds and flying celestials. The second stele is similar with small differences in the carvings. Two stone lion steles were also erected at the front of the Valley of the Kings and although one has been destroyed, the other is still intact except for a broken leg. The lion is 1.5 meters high and 1.3 meters long and stands on a pedestal.

Yumbu Lhakhang is situated 9 kilometers south of Tsetang and is a beautiful citadel that is operating as a temple today. It is believed to be the palace of the first Tibetan king, Nyatri Tsenpo in the 2nd century BC and who was enthroned in 126 B.C. Tibetans believed that he is decended from heaven. During the reign of the 28th king, Totori Nyantsen in the 5th century, according to legend, a golden stupa, a jewel and a sutra descended from the sky onto the roof of the building. A voice came from heaven and said that within five generations someone would come to understand its meaning. It was the winter palace for King Songtsen Gampo in 7th century before he moved his seat to Lhasa. It then became a chapel and under the government of the fifth Dalai Lama Ngawang Lobsang Gyatso, a convent of the gelug . Later the fifth Dalai Lama resided here and opened the Yellow Hat Sect school. Yumbu Lhakhang was damaged during Cultural Revolution but it was restored during the 1980s. The climb up on the steep staircase is easier than it looks. From the top you get a fantastic view of the rich and fertile Yarlung valley, the earliest cultivated area of Tibet.

Drive back to Lhasa.

Today after breakfast we drive back from Tsetang to Lhasa 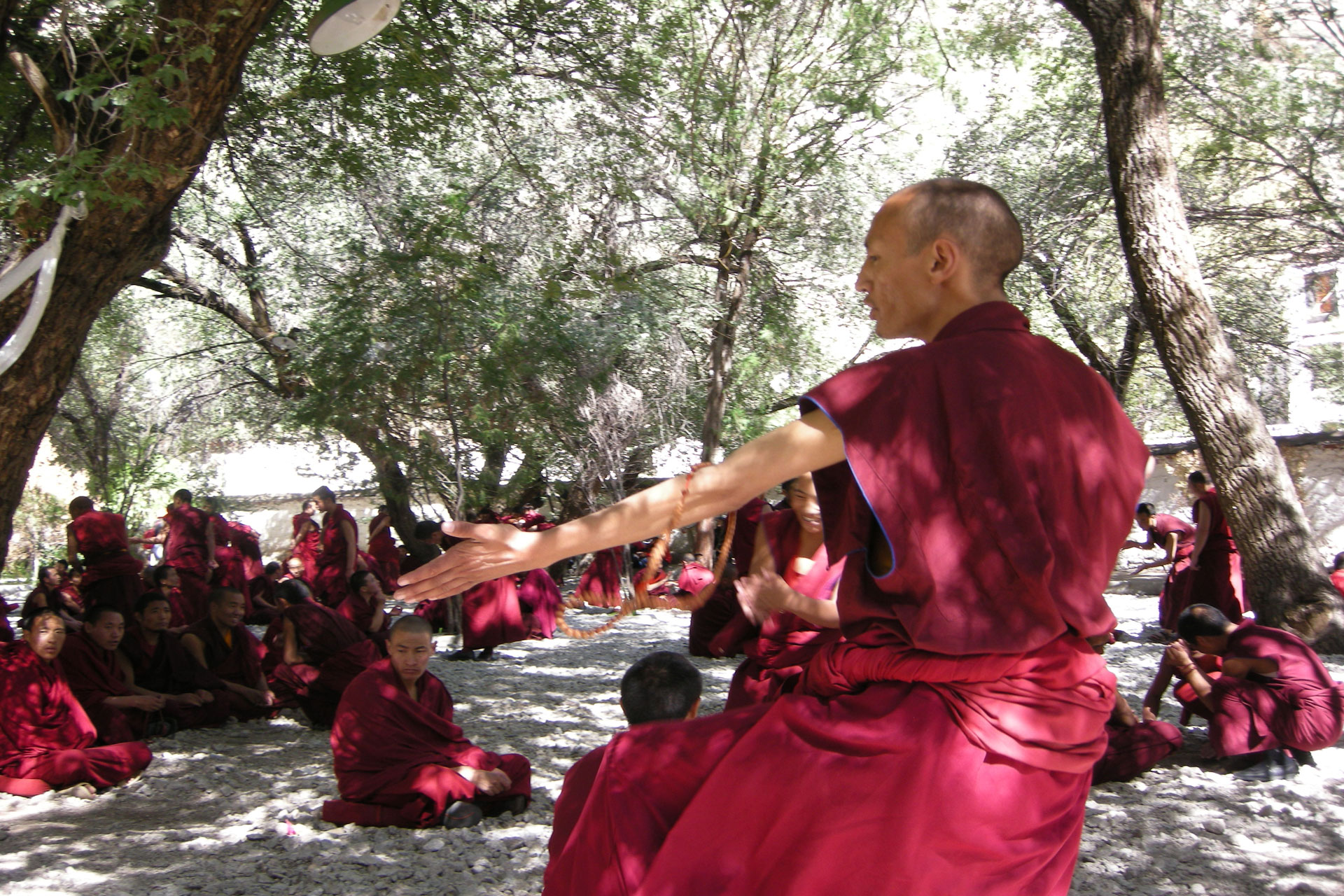 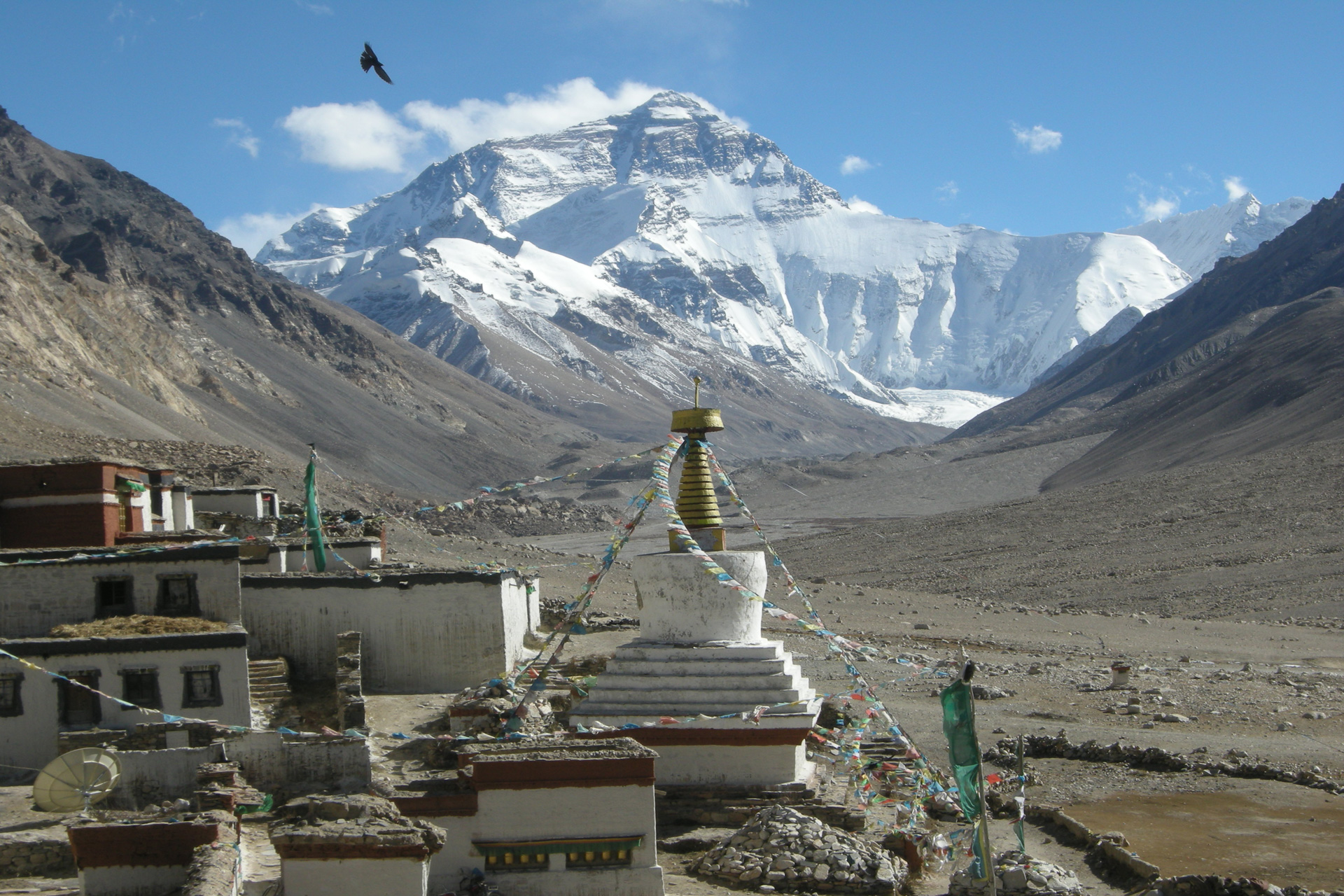 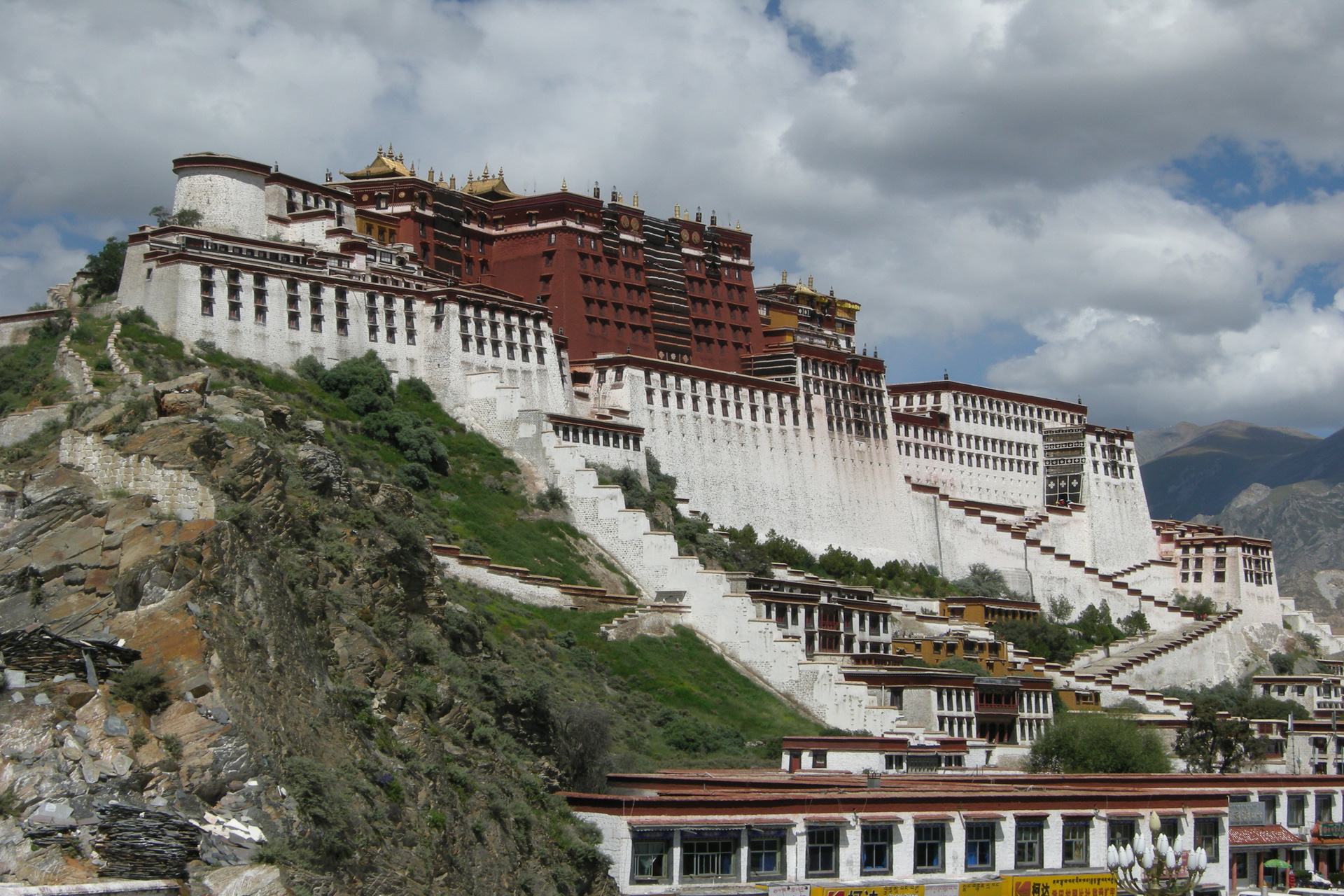