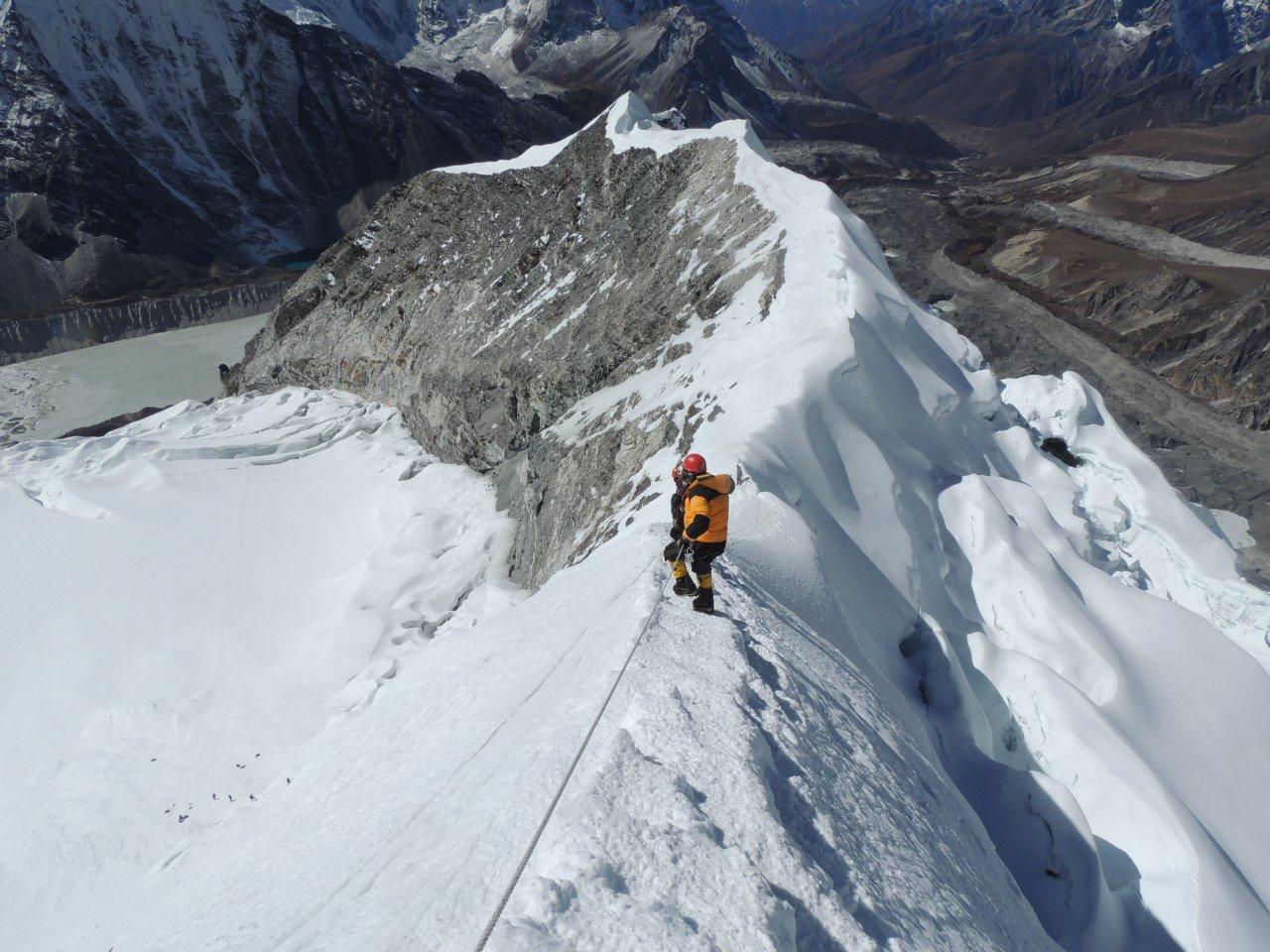 With 2016 rolling around at an alarming rate it’s time to look forward and decide what we want to tick off the list over the next year. If you’re tempted by a trip to the mountains of Nepal for some high-altitude trekking then you’ve come to the right place. Here are six captivating trekking peaks in Nepal that are calling out for you to climb them. 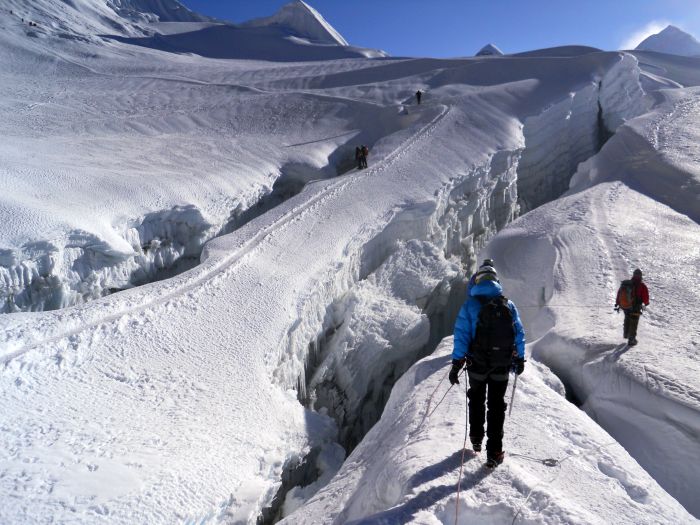 Nepal’s Island Peak is an ideal mountain for anyone looking to break the 6,000m mark and get a close-up view of Everest if you can combine it with a warm-up trip to Kala Patthar. This popular trekking peak features a journey to the Solu Khumbu /Everest region and a hike via Everest Base Camp before the actual ascent making it a tantalising route, especially as it allows for proper acclimatisation. 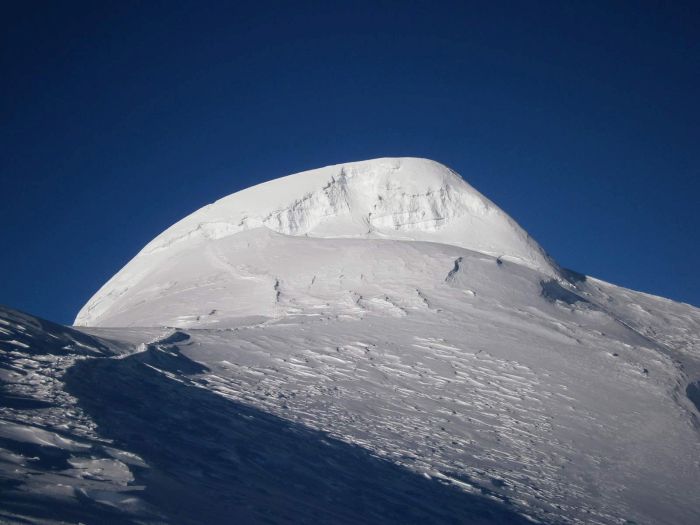 With nearly 3,000 climbers in 2012, Mera Peak is Nepal’s second most popular trekking peak and one of the tallest. The remote route to its base camp, northeast of Lukla, traverses astonishing territory rarely visited by tourists. From the top you’ll have an exhilarating panorama of lots of Nepal’s major peaks, including four nearby 8,000ers – Everest, Lhotse, Makalu and Cho Oyu – and one in the distance, Kangchenjunga.

Most agencies ascend Mera Central rather than the true summit of Mera North. The climb involves ice axe and crampons plus a fixed rope and jumar for the last 30m or so. The recommended acclimatisation period is 12 days from Lukla. Other routes on Mera are more demanding and require extensive mountaineering skills. 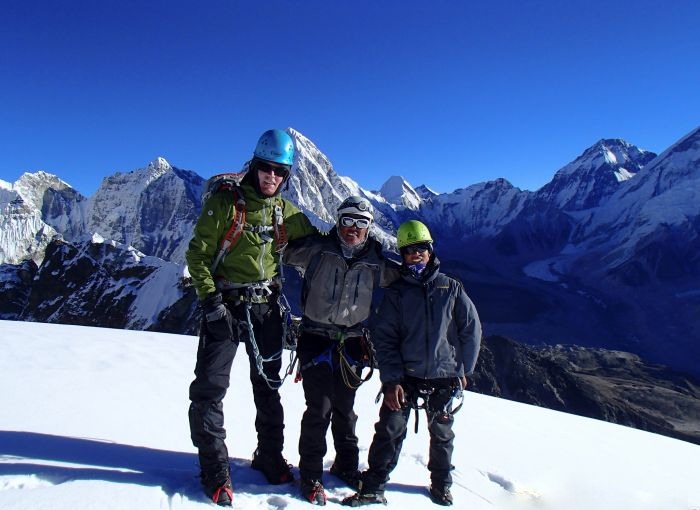 Lobuche (also spelt Lobuje) East is one of the most exciting and technical trekking peaks in the Everest region and, like Island Peak, can be climbed as a side trip from the Everest Base Camp route. The mountain is just under nine miles southwest of Everest and towers above the Khumbu Glacier and the settlement of Lobuche. It consists of two peaks – Lobuche East and a false summit called Lobuche Far East. Lobuche East, the trekking peak, is usually gained by the south ridge and saw 1,200 climbers summit in 2012. Lobuche West is an expedition peak connected by a ridge that is just over a mile long. 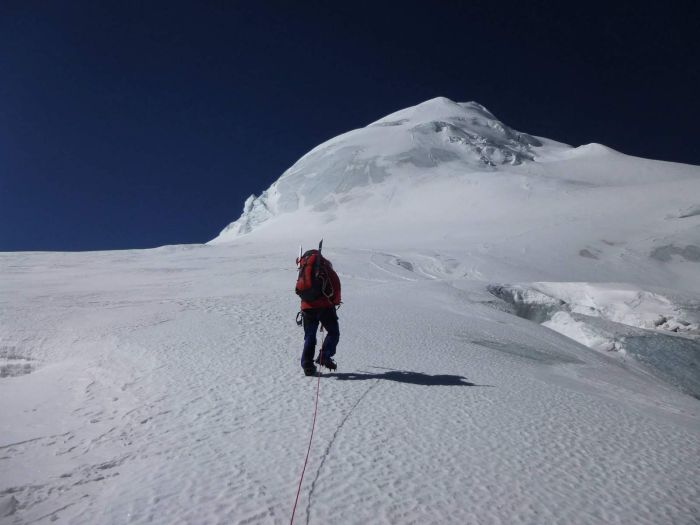 This impressive summit is a coveted peak in the remote Rolwaling region of Nepal. The route to the mountain is tough, passing through isolated territory that sees few travellers other than those seeking an exhilarating back trail into the Khumbu, and negotiating the Tashi Labsta pass, one of the most challenging passes in the Himalaya. Pharchamo is often combined with the nearby peak Ramdung (5,925m) and both are more challenging than most other trekking peaks. 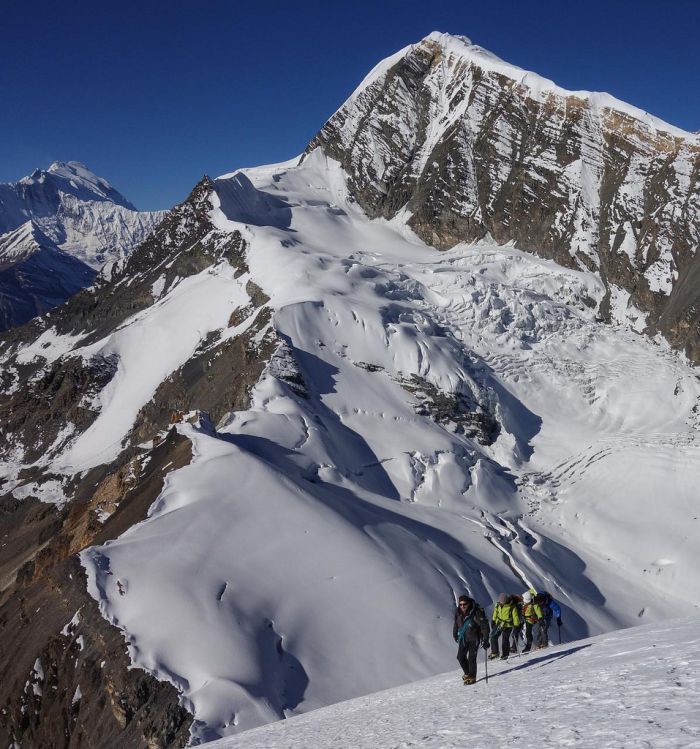 In the Annapurna region of Nepal, Chula East is one of the highest trekking peaks. It’s often combined with a nearby summit known as Chulu Far East at 6,060m (they share the same base camp) and these peaks, and Pisang Peak, can be done in just a few days from the iconic Annapurna Circuit Trek. From the top, enjoy views of the Annapurna Massif, Gangapurna, Dhaulagiri, Manaslu and more. The Annapurna Circuit has a well-deserved reputation for its fascinating cultural and scenic highlights along the way. 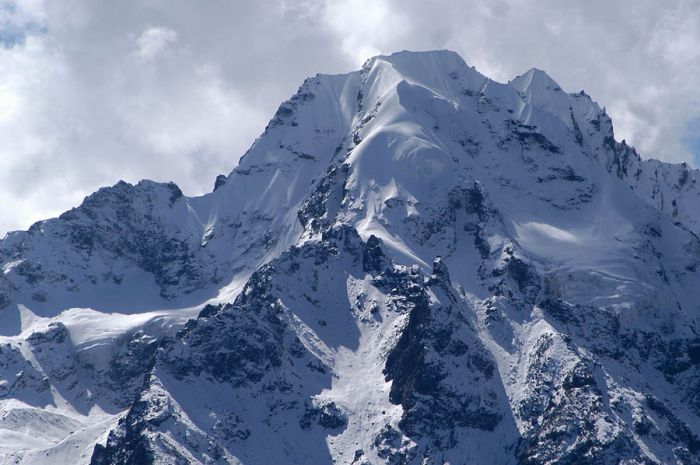 Also known as Ganja La Chuli, Naya Kanga is in Langtang National Park, famous for its natural landscape and mountain scenery yet much nearer Kathmandu than other trekking regions, allowing relatively easy access to its peaks. From Kyanjin Gompa, the uppermost settlement on of the Langtang Valley Trek, the route ascends through yak pastures and timberland to high camp.

The climb is straightforward, with steep sections that require ropes. Many people combine Naya Kanga with nearby Yala (5,732m), another trekking peak. Also try traversing the thrilling Ganja La high pass (5,106m) out of the Langtang Valley and into the serene Helambu region for a trek through the picturesque villages of the Yolmo people and their unique Buddhist culture.