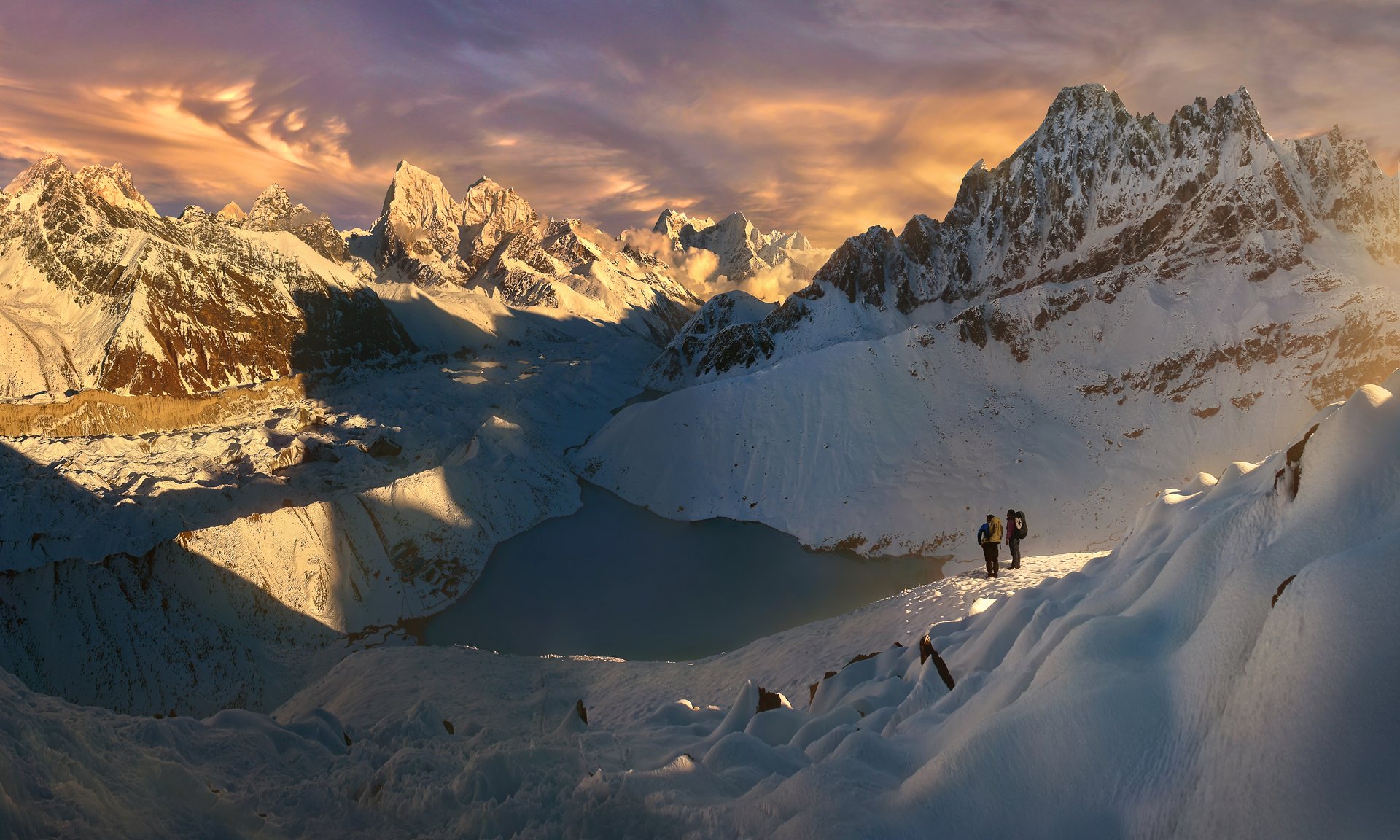 Chosen by Justin Anderson, producer, Mountains
The Gokyo Valley is beautiful. It has sweeping glaciers and Cho Oyu – the sixth-highest mountain in the world – at its end. It’s home to the sherpa people, some of the warmest and most hospitable you will meet, anywhere. It took six days to trek there, carrying all our kit, so to arrive was an incredible feeling. We saw lots of wildlife, from Himalayan tahr to the exquisite monal pheasant, Nepal’s national bird – and one of the most colourful you can find.

The area is not famous for its snow leopards but in the last 10 years there is evidence that their numbers here may be growing. We filmed jumping spiders there: the world’s smallest but highest-living animal mountaineer. The valley has some famous viewpoints: Gokyo Ri at 5,360m is the highest point any of the Planet Earth crew reached in filming mountains. It’s a peak that towers over the Ngozumba glacier. You have to start the climb early in order to see the sunrise over Everest and, depending on your fitness, it can take several hours.

We had a wonderful time with our sherpa crew. On our last night they invited us to a cultural exchange. We listened to our head guide Nima sing and dance a traditional sherpa story about a spider. After the applause died down it was our turn but we got embarrassed and passed on the opportunity. After several more attempts to get us to perform (and a fair amount of home brewed “chang”) our cameraman Jonathan Jones burst into a rendition of You’ve lost that lovin’ feeling, and the rest of us had little choice but to join in. The sherpas seemed pleased with our efforts and soon were demanding we teach them a “traditional dance” of our own. So, we ended up with the whole room doing the hokey cokey. I like to think we did something to spread British culture to the remote Himalaya.

Other encounters weren’t so pleasant. We were camping and without fail every night a large yak would try and come into my tent. The first night was like a scene from a horror film with me screaming as I had no idea what this heavy breathing, snorting, hairy visitor was. I sat bolt upright and for a second thought it might have even have been a yeti. I have no idea why the animal was so attracted to my tent.