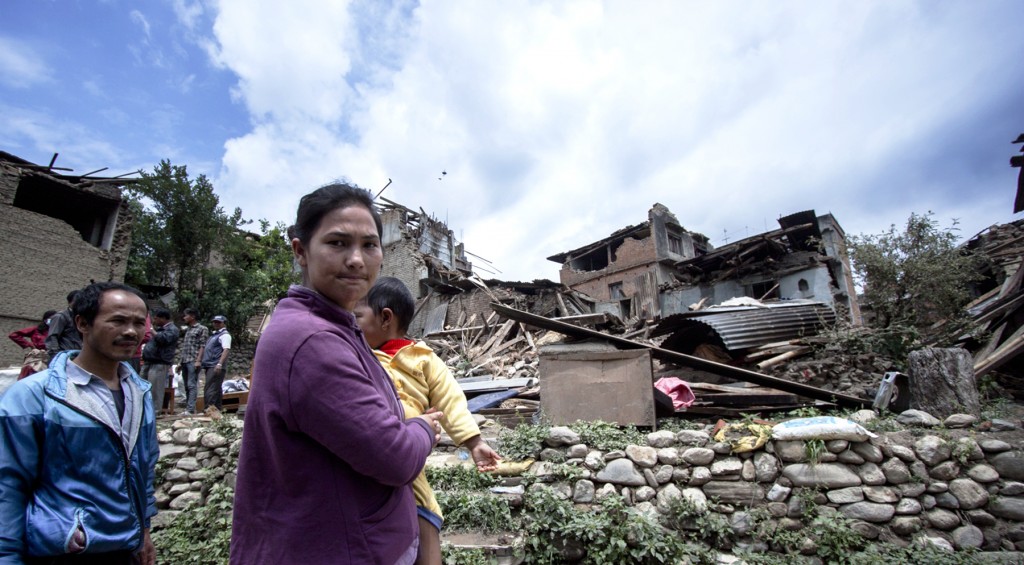 The Himalayan Times – KATHMANDU: The government has declared all three districts in the Kathmandu Valley –Kathmandu, Bhaktapur and Lalitpur–  as the Disaster Area, crisis-hit zone, in order to demolish and clear the physical infrastructures, including general public’s properties, damaged by the April 25 earthquake and its subsequent aftershocks, and reconstruct them. When implemented, after publishing a notice in the Nepal Gazette, the declaration of Disaster Area will let the government curtail some civil rights in the districts. A Cabinet meeting held on Sunday morning decided to declare the Kathmandu Valley districts the Disaster Area for a year such that damaged buildings could be demolished and reconstructed during the period, according to Minister for Information and Communications Minendra Rijal. The decision was made based on the provisions in the Natural Calamity (Relief) Act, 1982, informed Minister Rijal, who is the government spokesperson. Earlier on April 25, after the massive earthquake of local magnitude 7.6 struck Nepal, an emergency of the Cabinet, chaired by Acting Prime Minister Bamdev Gautam, had declared all the affected areas ‘crisis zones’ that is to say Disaster Area.

According to the Act’s Section 3, Declaration of Disaster Area: (1) The Government of Nepal may, if it deems necessary, specify the extent of the area affected or likely to be affected by natural calamity and declare such area, by publishing a notification in the Nepal Gazette as Disaster Area for a period specified in the same notice (2) In case the situation arising out of the natural calamity could not be brought under control within the period specified under Sub-Section (1) the Government of Nepal may, by a  notification published in the Nepal Gazette, extend such period as required of Nepal. Section 1 of the Act has defined natural calamity as earthquake, fire, storm, flood, landslide, heavy rain, drought, famine, epidemic, and other similar natural disaster natural calamity. Also, it has included industrial accident or accident caused by explosion or poisoning and any other kinds of disaster.

The implementation of the Act means that some civil rights will be curtailed in the declared Disaster Area, and the government can temporarily requisition the general public’s properties for the relief work. During this period, according to the Section 4 of the Act, Government of Nepal may, in order to carry out or cause to be carried out the relief work in Disaster Area, give orders to anyone concerned to undertake any or all of the following works:

Moreover, the Act allows the authorities to control the foreigners’ entry or mobility in the area. The  government may issue an order requiring the foreign nationals and agencies to take its approval   to  enter into any area for any purpose affected by the natural calamity, the Act says. At least 73,317 privates houses — 36,973 in Kathmandu, 17,444  in Lalitpur and 18,900 in Bhaktapur — were fully damaged by the tremors, while as many as 67,871 houses–50,753 in Kathmandu, 8,064 in Lalitpur and 9,054 in Bhaktapur — were partially damaged in the Kathmandu Valley, according to the Government of Nepal’s Disaster Risk Reduction Portal. Some damaged structures and the ones that are on the verge of collapse have posed the threat to the public life and need to be demolished. Likewise, the DRR Portal’s record shows that as many as 307 government buildings were fully damaged while 546 others were partially damaged. Many cultural heritage sites also have been affected in the earthquakes.

It is estimated that the earthquake of April 25 and series of aftershocks that followed it have caused damage worth Rs 513.38 billion to physical infrastructures and assets across the country.

Meanwhile, the Cabinet decided to appoint Shesh Ghale, the chairman of Non-Residential Nepali Association (NRNA), a goodwill ambassador of the Nepal Reconstruction Funds in order to collect support from the international communities.

Also, it decided to form a national committee to promote tourism, which has been badly hit by the earthquake. Minister for Tourism and Civil Aviation Kripasur Sherpa heads the committee.