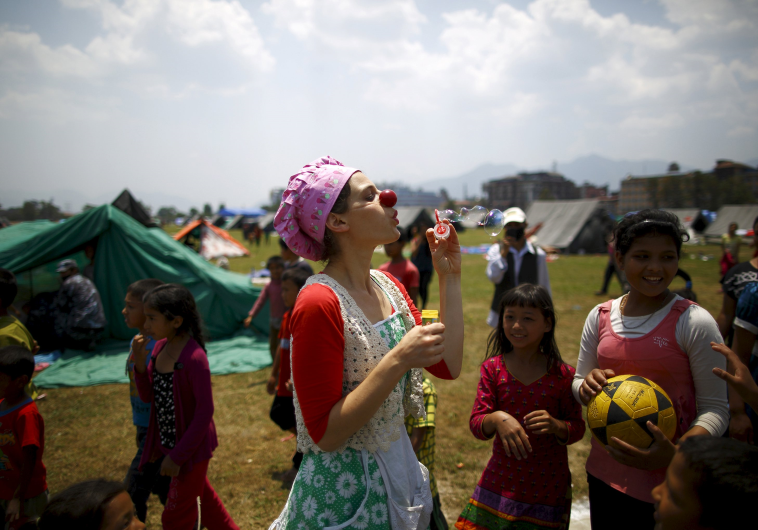 7.9 magnitude earthquake took away smiles from Nepali, mostly from kids. Among many relief aid, doctors and volunteers sent from different countries, Israel, however, sent unit of medical clown to ease the trauma from kids. Perhaps many of these kids smiled for the first time ever since the cruel earthquake hit Nepal. 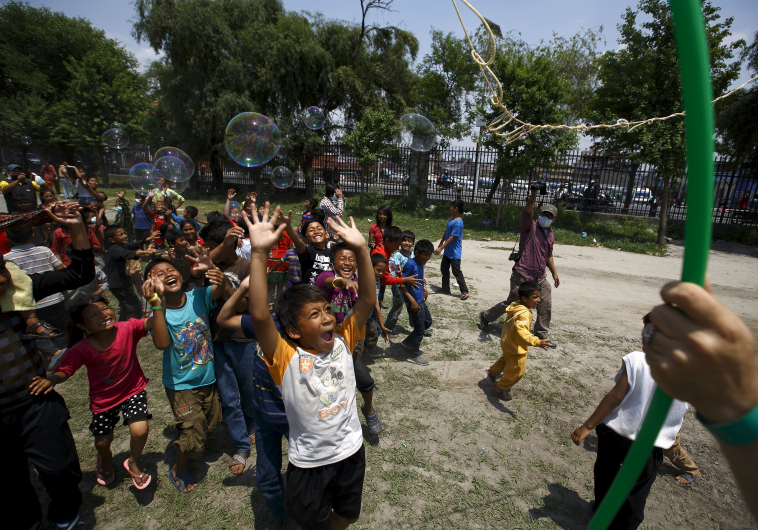 Israel opened a field hospital in Kathmandu last month to help treat the thousands of Nepalese injured in the massive earthquake, and its rescue teams continued to help comb the rubble for survivors.The rescue teams are operating under the command of the Nepalese military, which is directing them to various sites. 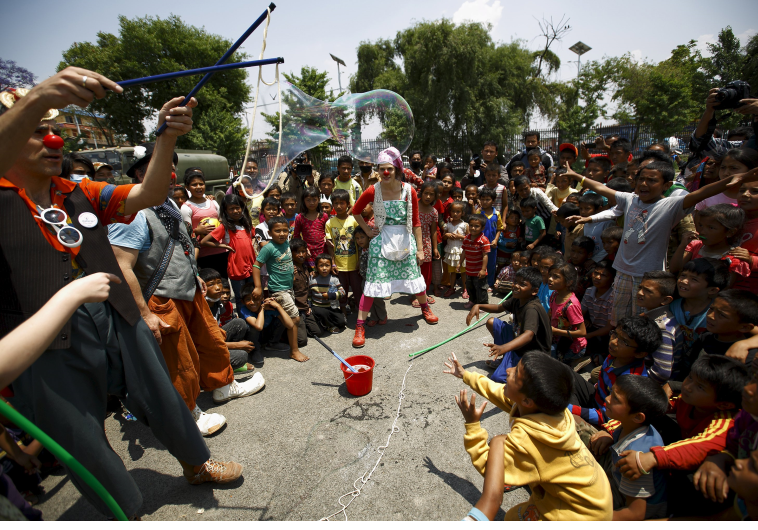 Once again, Israel is leading the world in providing medical and therapeutic assistance to countries in need.