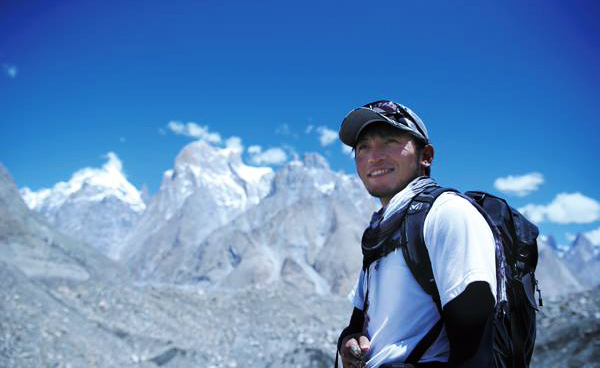 Nobukazu Kuriki, a Japanese mountaineer, pushing hard to be the first person to ascend Mount Everest since the April earthquake in Nepal. He, according to his Facebook post, had reached the South Col between Everest and Lhotse at late Tuesday night.

Despite his earlier failure attempt due to heavy snow, but denied to descend lower than Base Camp, said he would try again within a few days, as a solo climber, and without supplemental oxygen.

On his latest attempt to summit Mt. Everest on Thursday’s morning, he decided to descend. He left his final camp (7600m) and climbed up to 8150m, but due to snowy wind and wind getting stronger, which was taking him much time to go in the deep snow.

He writes on his Facebook page, “I realized even if I kept going to the summit, I wouldn’t be able to go back to the final camp alive in the strong wind.

“Thank you so much for all your support. I appreciate you all.”

This is Nobukazu Kuriki’s fifth time challenging to scale Mt. Everest, but every time, weather has jinxed his Everest dream.