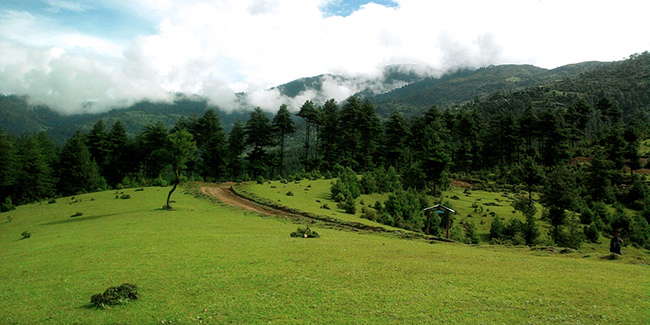 Picture of ‘Green Jiri’ by Nirmal

Kathmandu:  Widely popular as Switzerland of Nepal, and also as the gateway to Mt. Everest, Jiri Valley will now be developed into a green tourism city.
With an aim of preserving nature and greenery in Jiri, the first town council meeting of Jiri Municipality decided to develop it as one of the major small-city attractions of Nepal.

Earlier, the Ministry of Urban Development had also announced that it is to make Jiri the best small city in the country.The government had merged Jiri Mali and Thulopatal to form Jiri Municipality. The town council meeting also introduced an environment-friendly sustainable development slogan for its development plan.Officiating Executive Officer of the municipality Lal Bahadur Gurung informed that the environmental aspect will be taken care of while managing the city and executing development activities of all kinds.“Greenery and natural beauty are the identity of Jiri,” he said, adding, “We have introduced the green city concept to preserve this identity.” He added that all 11 wards of Jiri are replete with greenery and scenic beauty.The city council has also decided to make Jiri a plastic-free area. Various programs will be conducted as per that policy.A special program will be launched to conduct further study on Jiri´s historical, cultural and religious heritage, and its tourism potential.Also, to keep the beauty of the Valley intact, the opening up of new road tracks will be controlled.“We won´t build infrastructure haphazardly. We will first complete one road and then only start work on another one,” informed Gurung.The council meeting likewise vowed to make the valley a children, gender and disabled-friendly place. Making Jiri an open defecation-free and dust-free zone was also among the priorities of the meeting.The council has proposed a valley budget of Rs. 70.33 million for next fiscal year.From the proposed budget, Rs. 4.5 million and Rs. 300,000 will be allocated for a cleanliness campaign and for the development of media respectively.Inaugurating the meeting, Secretary of the Urban Development Ministry Arjun Kumar Karki assured that the government would allocate a sufficient budget for the development of Jiri.Joint Secretary at the Ministry of Local Development Gopal Krishna Khanal informed that a special program would be launched by the ministry for tourism promotion in Jiri.Local Development Officer of Dolakha Bijaya Raj Subedi, Nepali Congress Regional Chairman from Constituency No.1 Raju Upreti, UML District Committee Member Tapendra Khadka, UCPN (Maoist) District Member Nabin Jirel and former lawmaker Indra Bahadur Khada, among others, participated in the inauguration session of the meeting.source: RAMESH KHATIWADA ,republica,15 jan 2015