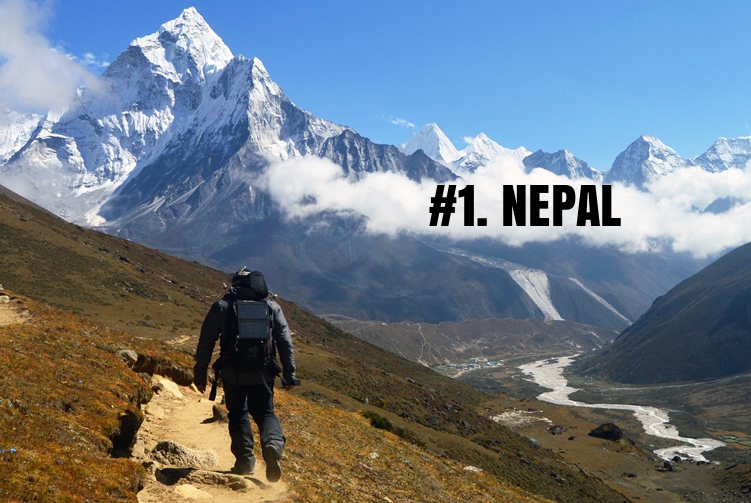 Nepal is the only destination in South Asia that has been featured on the list of the top 10 countries to visit in 2017.

In its “Best in Travel” list released on Tuesday, the largest travel guide book publisher in the world said, “Even natural disasters can’t keep Nepal down for long. The 2015 earthquakes caused devastation, but what is most striking from a traveller’s perspective is not how much was lost but how much remains.”

“Landmark temples crumbled, but others came through with just the odd tile out of place, and whole swathes of the country escaped serious damage, including most of the popular trekking trails.”

It added, “Nepal has all the skills required to repair monuments and infrastructure, but what it does need is income. By visiting Nepal now and supporting local culture and people, you could help a nation rebuild and bounce back even stronger.”

On its selection process, Lonely Planet writes, “Amid fierce debate, the list is whittled down by our panel of travel experts to just 10 countries, 10 regions and 10 cities that travellers must visit in the year ahead. Each destination is chosen for its topicality, unique experiences and ‘wow’ factor. We don’t just report on the trends, we set them-helping you get there before the crowds do.”

As per the meeting held between Deepak Raj Joshi, CEO of Nepal Tourism Board and Lonely Planet Team in Delhi on October 24, both parties have agreed to work in partnership by signing agreement in near future for promotion of Nepal’s tourism.

“It is a great honour for Nepal to get a place in such a prestigious guidebook. I do believe that it will give a positive message to the international travel community and inspire them to visit Nepal in 2017,” said Joshi.

Over the past four decades, Lonely Planet has cultivated a dedicated traveller community. More than 130 million Lonely Planet books-to almost every destination on the planet-have now been printed in 14 different languages.