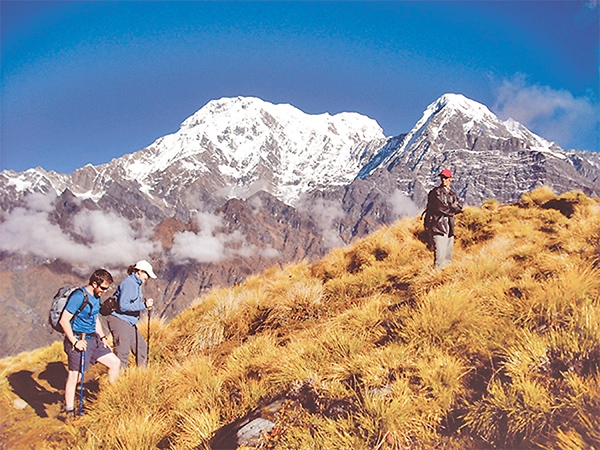 Nepal has been placed on the list of the top 10 places that deserve more travellers by the National Geographic. The UK-based popular travel publication in its June issue has placed Nepal on the top 3 spots among the round up of 10 places.

THE SITUATION ON THE GROUND

Although Kathmandu—and Nepal—have long attracted adventurous travellers, the country’s April 2015 earthquake, which killed 8,000 and wrought about $10 billion (half of Nepal’s GDP) in damages, decimated the country’s tourism industry, it writes.

Kathmandu’s Durbar Square, a UNESCO-listed compound of palaces dating back as far as the tenth century, was partially destroyed, as was another of Kathmandu’s iconic structures: the 19th-century Dharahara tower.

A year later, however, Nepal’s situation is, if not what it once was, then nonetheless stable. And although several of Kathmandu’s most famous tourist structures have been damaged or destroyed by the earthquake, others—like the fifth-century Pashupatinath Temple and the relic-containing stupa of Boudhanath, now undergoing restorations—remain largely, if not entirely, intact, it said.

Power may not be a constant (nor are paved roads) but for travellers willing to sacrifice a degree of comfort for a sense of adventure, Nepal’s draw remains, it said. “Nepal’s economy, deeply reliant on the tourism trade, is more in need than ever of visitors. While the earthquake has damaged Nepal’s man-made structures, its mountain trails—including the legendary Annapurna Circuit through the snow-capped shadow of the Himalaya—remain accessible.”

Only two of Nepal’s 35 listed trails have been rerouted as a result of earthquake damage, and as early as last summer, all of the Annapurna trail’s bridges were successfully tested for safety.

If you’re not up to a seven-day trek in the Himalayan wilderness, Kathmandu has a range of more sedate activities on offer. The tradition of the Himalayan singing bowls—bell-like structures historically rung before, during, or after periods of Buddhist meditation—has a long history in Nepal. Cultural centres like the Kathmandu Centre of Healing offer three-day intensive bowl workshops (from $300) where you can learn the art of playing the bowls to make them “sing.”

Last year, the UK-based magazine on its ‘Cool List’ for 2016 had placed Nepal in the sixth spots among 16 cool locations.