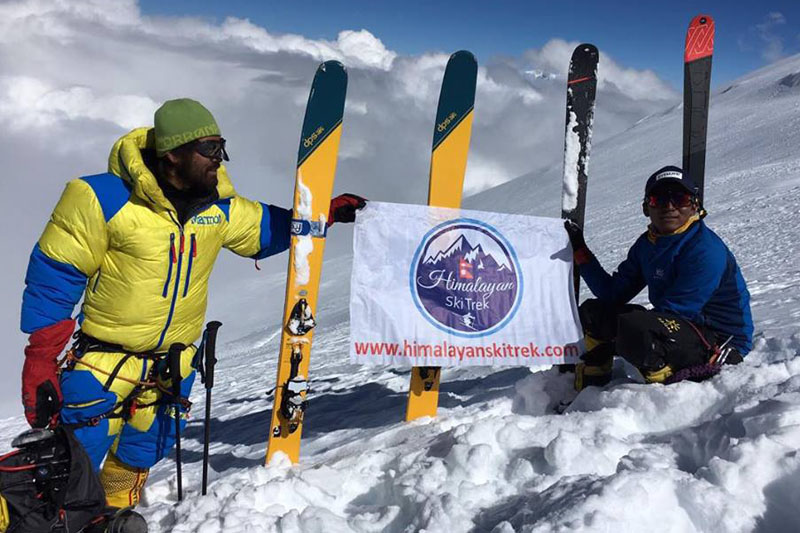 The team which arrived in Kathmandu after spending 35 days in the western Nepal informed that the skiing event was conducted on October 15-16.

“It is the world’s highest as well as adventurous skiing event conducted by Nepali youth,” team leader Magar claimed. 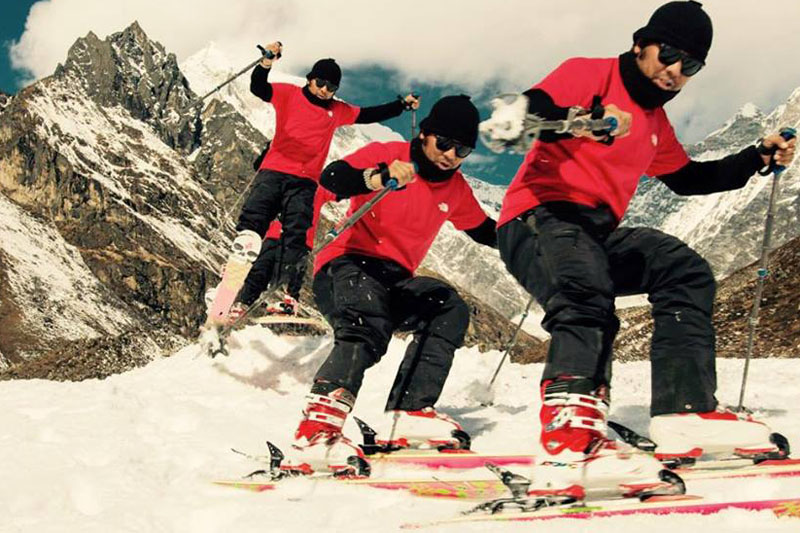 The team also taught skiing skills to some Nepali expedition teams at 5, 800 metres. “The participants shared that skiing on Mt Manaslu was adventurous due to its physical structure, height and slope,” the team leader added.

Magar, who is also the first Nepali to host annual ski festival, said that they would be organising this year’s annual event in Gosainkunda (4,400 m) near Langtang Valley from December 18 to 30.

Having different adventurous activities including hiking, skiing, snowboarding and peak climbing in the region, over 100 Nepalis would be expected to take part in the upcoming event, he added. “We will provide skiing training as well as gear free of cost.”

According to the schedule, participants will make a drive to Dhunche and then trek to Sing Gompa (3,200 m) on the Day III.

After skiing and snowboarding in Gosainkunda for four days, interested participants could attempt to climb the Surya Peak (5,200 m) in the next two days, it added.