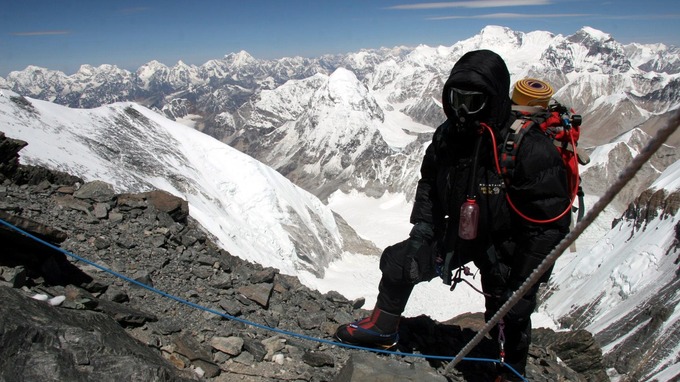 With the year’s autumn climbing activities gaining momentum in Nepal, the country’s ‘virgin’ peaks which have been named after the legendary mountaineers – Tenzing Norgay Sherpa and Edmund Hillary – are all set to receive the first ever climbers, according to the Department of Tourism.

According to the DoT, Mt Hillary is located between Mt Lhotse and Mt Nuptse while Mt Tenzing probably lies between Mt Cho Oyu and Mt Gyachung Kang.

Elia, on the other hand, said, “It’s not near Lhotse or Everest. I sent the GPS points. They (Tenzing and Hillary peaks) are right next to each other next to Cho Oyu.”

“It is the very first team to attempt to climb both peaks after the government opened the mountains for climbing in 2014 after naming the peaks after Tenzing Norgay and Edmund Hillary.”

“Elia and Pasang Kaji have already reached Khumbu area to attempt to climb the peaks,” he said, adding that Gabriel decided to return to Canada after suffering minor injuries.

“They are attempting something that has never been before,” he added.

The weather is very challenging as are the circumstances in overall, the Canadian climber shared after reaching near Gokyo area in the Everest region.

“Today, we are challenged immensely by circumstances beyond our control and the outcome is uncertain and danger lies at every turn,” Elia shared, “The unknown route is humbling and damn right intimidating.”

Saikaly and Sherpa stood on top of the world for the second time in 2013 while they garnered a CINE Golden Eagle award for their work on the ‘On the Top’ reality TV series.

The Discovery Channel series would feature Sherpa on the fore front.

Saikaly, who has scaled five of the seven summits, has participated in six Himalayan climbs and led youth expeditions. “We wanted a challenge, well here it is. An opportunity to soar or crumble…”

According to Saikaly, they had narrowly escaped the Everest avalanche that tragically claimed the lives of 16 Sherpas in 2013 as they were trapped above the devastating aftermath at the Camp 1 for four days before climbing down through the Icefall to safety at the base camp.

In 2015, they had come face to face with a 1500-foot tidal wave of snow that wiped out the central base camp after the devastating earthquake struck Nepal killing over 9,000 people.

“For now, it is all about hitting reset, unlocking the route and finding our way forward to the next tiny step. Upwards we climb. Bound by our unified strength,” Saikaly added.