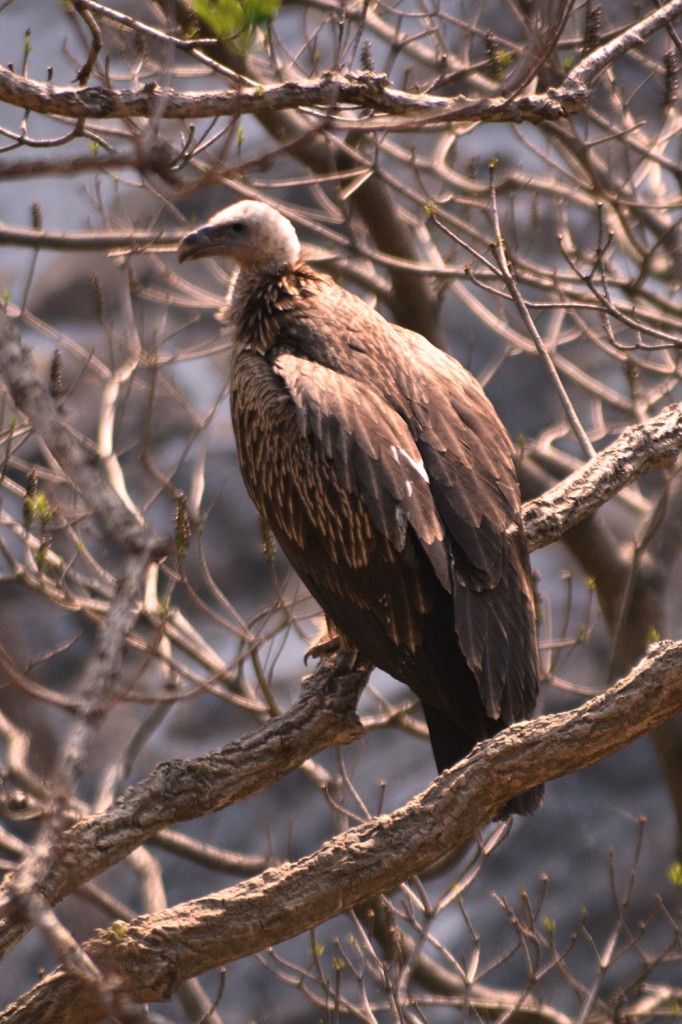 KATHMANDU, Nepal – The number of white-rumped vultures (Gyps bengalensis), a vulture species that is on the verge of extinction, has increased in recent years.

An annual survey that studies the vulture´s natural habitat along with counting the birds across the Terai lowlands showed that the number of white-rumped vultures hit 68 this year, which is 25 more than over the previous year.

As per the report by Bird Conservation Nepal (BCN) published this week, there were only 43 white-rumped vultures in the year 2011-12.

“Compared to last year, the result this year has certainly been more fruitful and motivating for all conservationists and experts toiling to save these vulnerable birds from extinction,” said Khadananda Paudel, vulture conservation program officer at BCN, adding, ” Increase in their number is a great indicator of the re-development of the human-vulture adaptation system that had once gone awry.” However, he suggested that the overall population of vultures in Nepal has remained stable over the years.

Since 2002, BCN has been conducting a national vulture survey aimed at studying the birds and recording the numbers of these critically endangered scavengers. The vultures had witnessed a sharp decline in population that nearly saw them go extinct. According to reports, the number of vultures in Asia and South Africa had declined by 97 to 99 percent in the 1990s.

It was the rampant use of diclofenac, a non-steroidal anti-inflammatory drug used to medicate livestock which was taking the lives of hundreds of vultures.

As per BCN records, the first survey had placed the population of white-rumped vultures at 205. This had declined to 55 in 2009 and then gradually climbed back to the present number of 68 after fluctuations in the years in between.

According to Paudel, the report is based on one of the best research methods, known as road count survey.

“A team comprising experts was driven across the Tarai lowlands to inspect the birds. The team followed the east-west highway, covering up to 638 kilometers from Narayanghat in Chitwan to Gaddhachowki, Kanchanpur,” said Poudel.

In the course of its research, the team also spotted three nests of red-headed vultures, another critically endangered species. Locating these vultures and their nesting sites in Nepal had always been a huge challenge for experts till now.

“Finding the nests of red-headed vultures is another big achievement this year. The first one was recorded at Salghari of Tansen-12 in Palpa district, the second was spotted at Lanha VDC-6 of Jajarkot district and the third at Baughapokharathok VDC-5, Palpa district,” Poudel further said.

While the number of vultures is showing gradual increment, these scavengers have been sighted in a village near Rajbiraj in Saptari district after nearly a decade. Locals at Tilathi VDC-7 watched in amusement as the birds devoured a dead cow, a scene that was once common.

“For years these birds had turned into a rare sight. There was a time when vultures used to cover the sky and converge onto the ground minutes after an animal carcas was disposed of in any open area. We hope to see them more frequently again because we need them,” said Baiku Sutihar, a local resident.

All nine species of vultures found in South Asia habitate in Nepal also. Six of the species are resident vultures that live and breed in Nepal.

“These big birds are an integral part of our ecosystem and without them the whole bio-diversity cycle will break down beyond recovery. This is one of the major reasons why protecting them is our major responsibility,” said Krishna Bhusal, a field biologist.

(With inputs from Jitendra Kumar Jha of Rajbiraj)