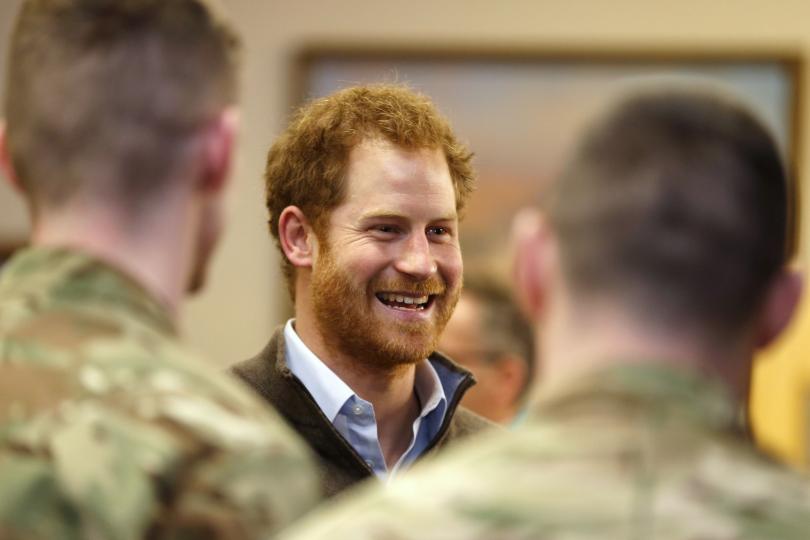 Prince Harry will stay with a local family instead of a five star hotel or at consulates or embassies. The 31-year-old royal has opted to sleep overnight in a small, rural home in a remote hillside village of Nepal. The tour details of Harry were announced by via a press release on Tuesday.

Prince Harry’s spokesperson said that the royal has shunned royal treatment and will stay overnight with a local Nepalese family during his four-day tour from March 19-23. The reason why Harry wanted such a different experience is the fact that he “has been moved by the stories of resilience of the Nepali people following the earthquakes last year,” a spokesman said in a statement.

He will be staying in the Pokhara region with a family that has ties with the famed Gurkha regiment of the British Army, whose soldiers are drawn from Nepal. “Prince Harry is hugely appreciative of this invitation, which will further enable him to deepen his understanding of the Gurkhas,” the spokesperson said. He added that the royal was looking forward to getting to know the people living in the foothills of the Himalayas.

The insider added that the prince get to have a deeper understanding of the Gurkhas. This marks Harry’s first visit to the hilly region. He will indulge a trek taking in the natural beauty of the region in one of Nepal’s national parks.

The sports loving royal will also focus on causes close to his heart like tourism, wildlife and conservation. He will do rafting on the Khauraha River and view tiger camera traps in the jungle. Harry will also visit Bardia National Park and Banke National Park that form the largest tiger conservation area in Asia.

He will meet Bidya Devi Bhandari, the president of Nepal. His Nepal tour will begin and end in Kathmandu.
Harry will follow in the footsteps of his father Prince Charles and his grandparents. Queen Elizabeth, Prince Philip and Charles have visited Nepal. The last royal visit to Nepal was carried out by his grandfather in 2000.