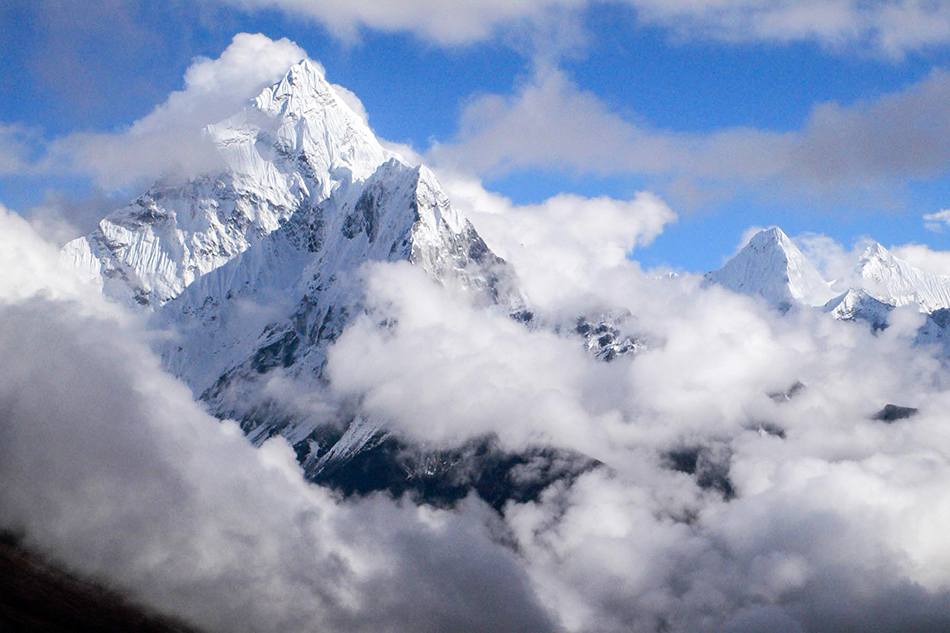 SOLUKHUMBU, April 18: The number of permit seeker to scale the Mount Everest has increased this year. 365 mountaineers have already got the permit to climb the highest peak of the world.

And it continues, said Durga Dutta Dhakal, Information Officer of Tourism Department. Last year, in the same season, 289 mountaineers from 34 expedition groups obtained the permit from the government. “This year it holds the new record till date in 64 years of ascent of the mountain”, said Dhakal adding that the climbers might or might not reach the summit but the number is the highest till the time.

Due to the avalanche in 2014 and the earthquake in 2015, the climbers successfully reached the summit last year and the trend has increased greatly, said Dhakal.

The government has facilitated the climbers, who had already taken the permit to climb the mountain, but had halted the expedition due to the avalanche in 2014, could still use till this year.

The department expects the number might cross 400 at the time to obtain the permit has not terminated yet.

Climbers to carry down 8 kg of litter

This year also each climber has to carry down eight kg of litter to the base camp. Sagarmatha Pollution Control Committee (SPCC), a government body formed to regulate and monitor the waste management in the Khumbu region has given the continuation of the rule this year also.

“Each climber, mandatorily, should carry down the eight kg of trash and should submit to the SPCC”, said Kapindra Rai, program coordinator of SPCC.

This rule was first imposed in May 2013. With the suspension of the expedition for two consecutive years, the rule could not be implemented effectively. However, the organization has imposed the rule since last year. Decades of mountaineering have taken its toll on Everest, which is strewn with rubbish from past expeditions, including oxygen cylinders, human waste and even climbers’ bodies, which do not decompose in the extreme cold.