The face of tourism is changing. Once seen solely as a reprieve from the mundane day-to-day life, individuals are now taking vacation opportunities to explore destinations aligned with their spiritual journeys. Whether that be a pilgrimage to holy sites or simply to connect with the spiritual side of nature, there’s one destination that should be at the top of every spiritual traveler’s list: Nepal.

Home to multiple religions, the country is ripe to intake those looking intrinsically for deeper connections. The topic was even discussed during the last Himalayan Travel Mart, an international B2B conference for business leaders promoting travel in the Himalayas. While there is an abundance of holy sites in the country, we’ve round up a must-visit list below:

Lumbini, the birth of Buddhism 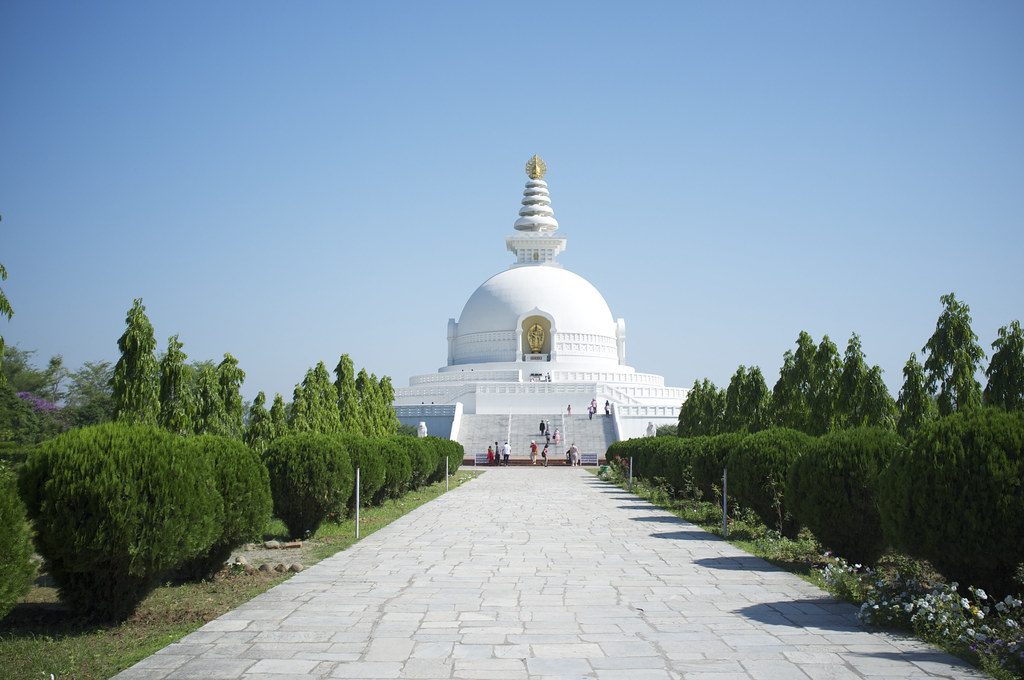 Situated in the Terai lowlands and bordered by India, Lumbini is where Buddha was born in 623 BCE. Today, it is home to numerous monasteries represented by a plethora of countries to showcase how widespread Buddhism is around the world, it has also become a pilgrimage site for devout Buddhists. 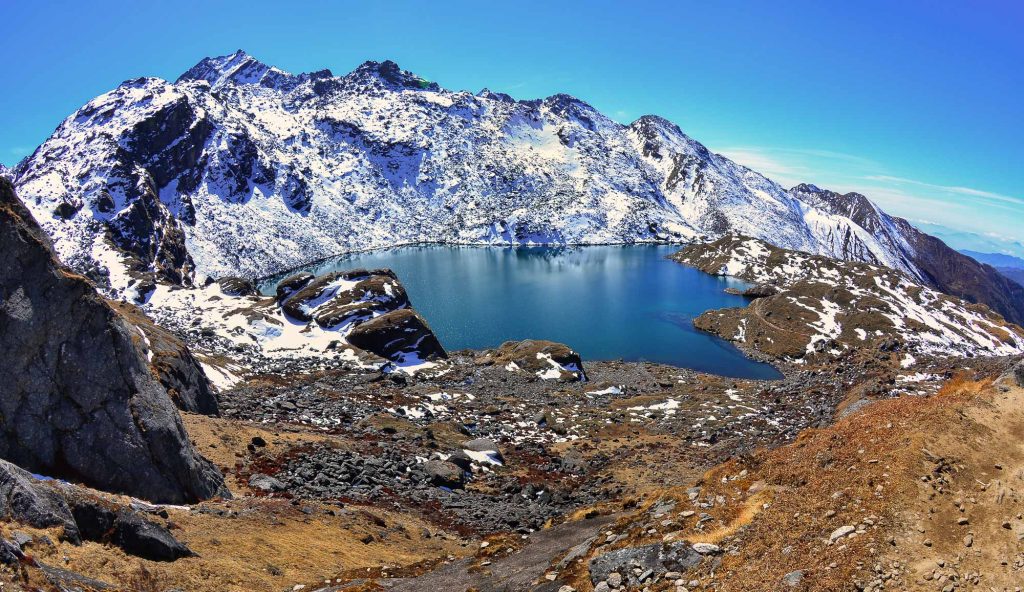 This isn’t just a popular trekking destination, Lake Gosaikunda, in all its beauty, is an important Hindu pilgrimage site. According to Hindu mythology, the lake is home to gods Shiva and Gauri – thousands gather the area during the Gangadashahara and Janai Purnima festivals. 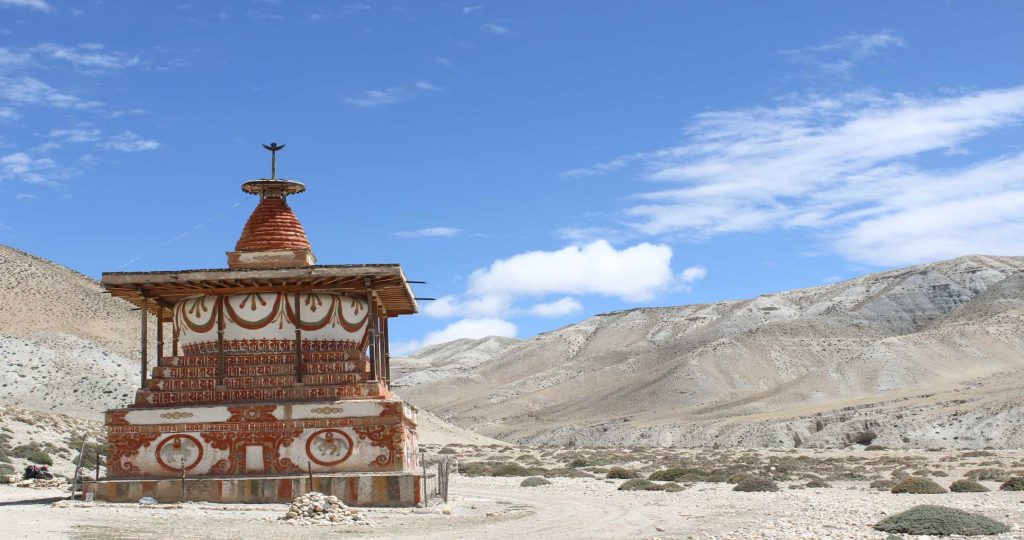 The village of Lubra, also known as Ludak, located in the Mustang region of Nepal is home to what is thought to be the last Bon monastery in Nepal. Bon is a pre-Buddhism religion practiced in Tibet during the 7th century. The remote settlement is home to a little over 20 families and rich in history, visitors can even stay with local families via Community Homestay. 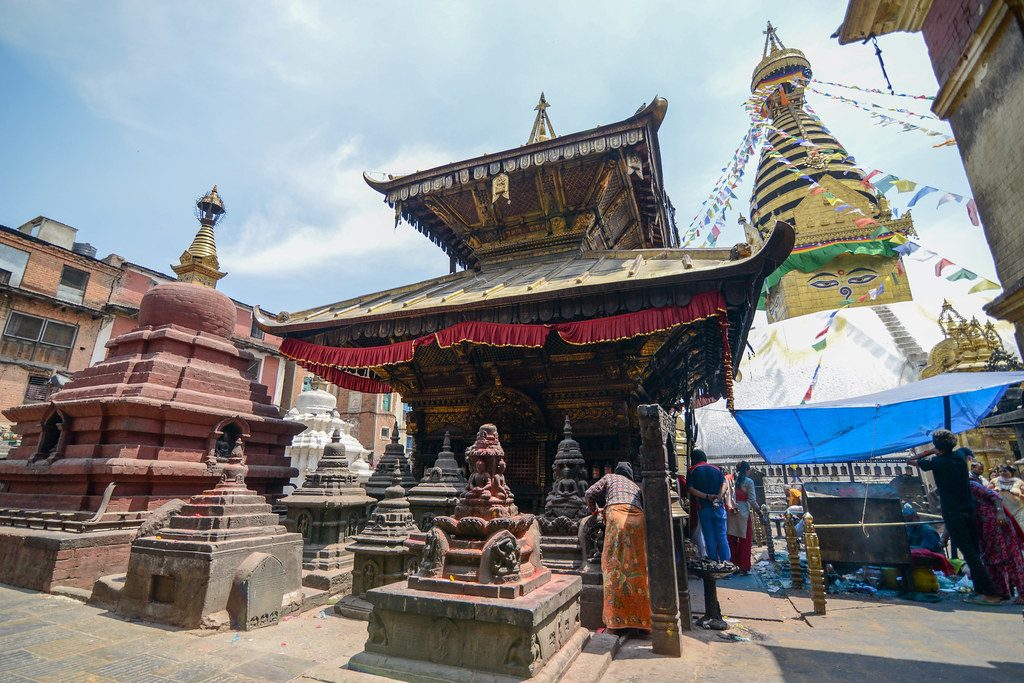 Also known lovingly as Monkey Temple by tourists, Swayambhunath overlooks the Kathmandu and is believed to date back to 460 AD. The site is important to both Hindus and Tibetan Buddhists making it a unique center of religious conflation. Visitors should be prepared to walk up steps and share pathways with the resident monkeys.

Pashupatinath Temple, the most sacred Hindu site in Nepal 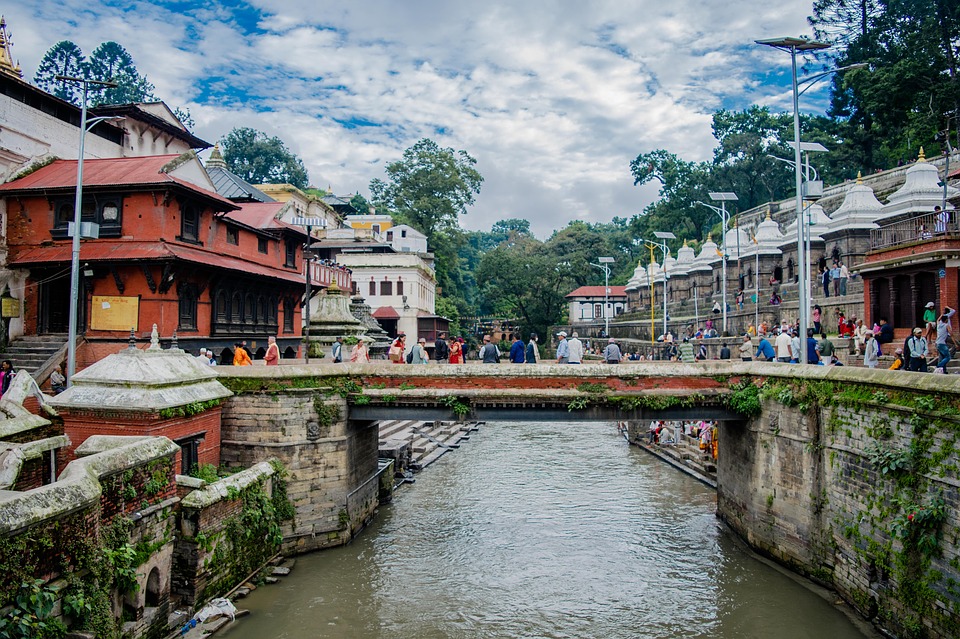 Situated on the banks of the Bagmati River, Pashupatinath Temple is where devout Nepali Hindus are cremated. It is believed to be a site of worship for Lord Shiva, Lord of all Beings and holy to locals – non-Hindus aren’t allowed to enter the courtyards but respectful visitors can stroll across the river where many Sadhus live.