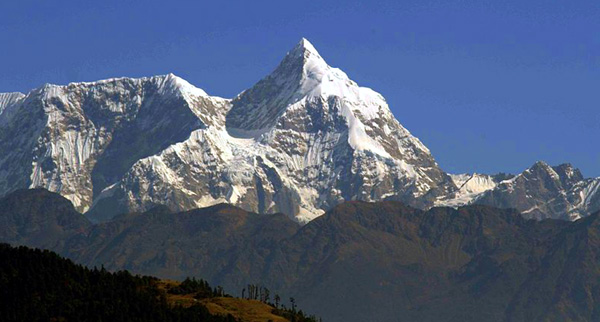 If you are in any way a bit slow on the uptake, and if you seem to be somewhat behind the times, you might be asked, “Are you from Ramechhap?’ Well, it’s not exactly flattering to be famous in this way, but what to do? Such things have come down through the ages and will take some time to be got rid of. Anyway, Ramechhap is a destination that you should certainly make your own for an invigorating trekking experience. Nestled between two iconic ranges, the Himalayas to the north and the Mahabharata to the south, Ramechhap is about 184 km east from Kathmandu. The trek to this region is well known as the Numbur Cheese Circuit, and it’s generally a two week outing. Enough time to get your fill of the magnificent mountain landscape, the awesome views of the Himalayan peaks, the inspiring sight of wildly flowering rhododendrons, and, and…you get the point. It’s a trek worth the effort and the time spent. 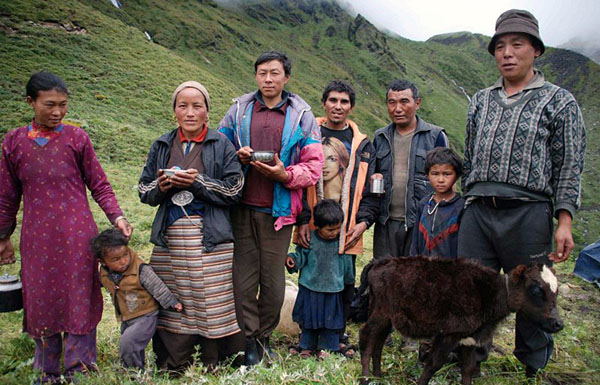 Family of cheese producers near Ngeju.

You’ll be hiking through a diverse topography and you’ll be walking along a circuit that connects two lovely valleys, the Khimti and Likhu valleys, in the Rolwaling region. The trek has been named after Numburchuli peak (6959 m), one of the Himalayan peaks that still remains a virgin, with nobody around as yet with the mettle to conquer it, and the first yak cheese factory in Nepal that was established in 1957. The terrain, expectedly, is pretty varied, and you’ll be coming across terraced rice fields, rock-strewn river gorges, icy glacial lakes, all sorts of alpine vegetation, and many lovely villages. You’ll be walking in the shadows of the soaring Bigphera Go Nup (Pathibara) and Numburchuli peaks, and getting spectacular views of Gaurishnaker, Jugal, and Langtang Himal ranges as well. The views are especially breathtaking from the Panchpokhari (4605 m) and Gyajo La (4880 m) passes and encompasses a vast area extending north into Tibet and south to Pikey Peak.

As the name implies, you’ll also get the chance to visit some cheese factories and you must also drop in to pay your respects at the renowned Thodung Monastery on the way. If you are in the region around March or April, you’ll be treated to a sight that you’ll never forget, hills that have turned red in color due to the profusion of rhododendrons in full bloom. Keep a sharp eye out; chances are high that you may sight some musk deer and Himalayan tahr. If you’re really lucky, you might even spot a snow leopard. As far as the people of the region are concerned, that’s another very interesting aspect of this trek. You will be meeting people from some 21 different ethnicities, and the amount of cultural knowledge you’ll gain firsthand, that’s something not even Harvard can give you. You’ll probably be staying at a homestay with some Sherpa family or the other, and surely you’ll love the high altitude tea and organic potatoes, in addition to regular Sherpa fare. 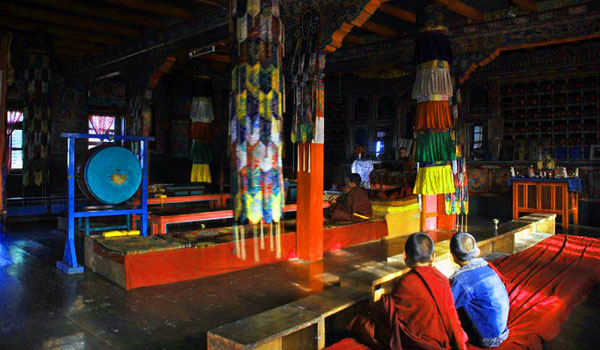 Here’s how a typical itinerary goes: From Kathmandu, you drive to Shivalaya (1790 m, 9 h) where you spend the night, perhaps in a hotel. Early morning, you’re off on the first part of your trek, a 4-hour hike to Khahare (2175 m) where you camp for the night. The next day, you walk for another four hours to reach Panipakha (3105 m) and spend the night in a tent. Notice how the height is increasing day by day. After a good night’s rest, you carry on to Manedanda (3940 m), which is just a three-hour walk away from Panipakha.

It’s a trek that will surely invigorate you and give you a new perspective on life in general, having gotten so close to nature’s bounties and all that.